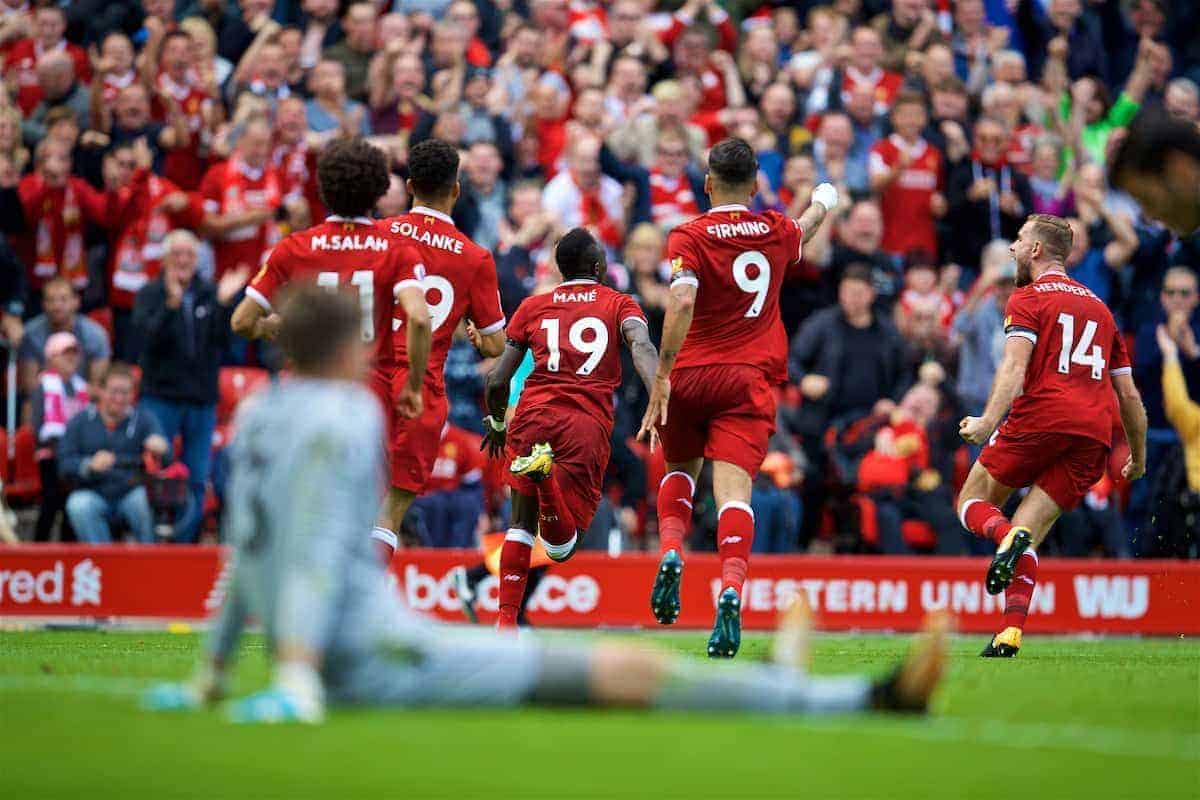 Sadio Mane‘s second half goal provided a vital first league win of the season to give Liverpool three points against Crystal Palace at Anfield.

Jurgen Klopp made five changes to the side, three of them in defence, with a debut for new signing Andy Robertson at left-back. Daniel Sturridge started up front, with Roberto Firmino moving to the left as Mohamed Salah dropped to the bench.

A superb cross from Robertson on 15 minutes should have seen Joel Matip open the scoring, but the centre-back couldn’t quite keep his header down.

Robertson was the Reds’ best player of the first half, creating two more good opportunities with crosses from the left, but neither could be converted.

Other than Robertson’s effectiveness, it was a poor first half and ended 0-0.

Palace should have gone 1-0 up early in the second half when former Red Christian Benteke blazed over after good work from Ruben Loftus-Cheek.

Liverpool failed to create much and Salah was introduced for his home debut on the hour, replacing Sturridge.

The best chance of the game then feel for Georginio Wijnaldum but the midfielder, anonymous for his 65 minutes on the pitch, opted to switch the ball on to his right foot when five yards out and the chance was blocked. He was subbed a minute later. The breakthrough finally arrived when Mane eventually poked past the keeper after a series of deflections. The relief was palpable around Anfield.

Liverpool had further chances, with Dominic Solanke missing a chance and Robertson having a shot tipped over the bar in the late stages. Salah then forced a good save from Wayne Hennessey.