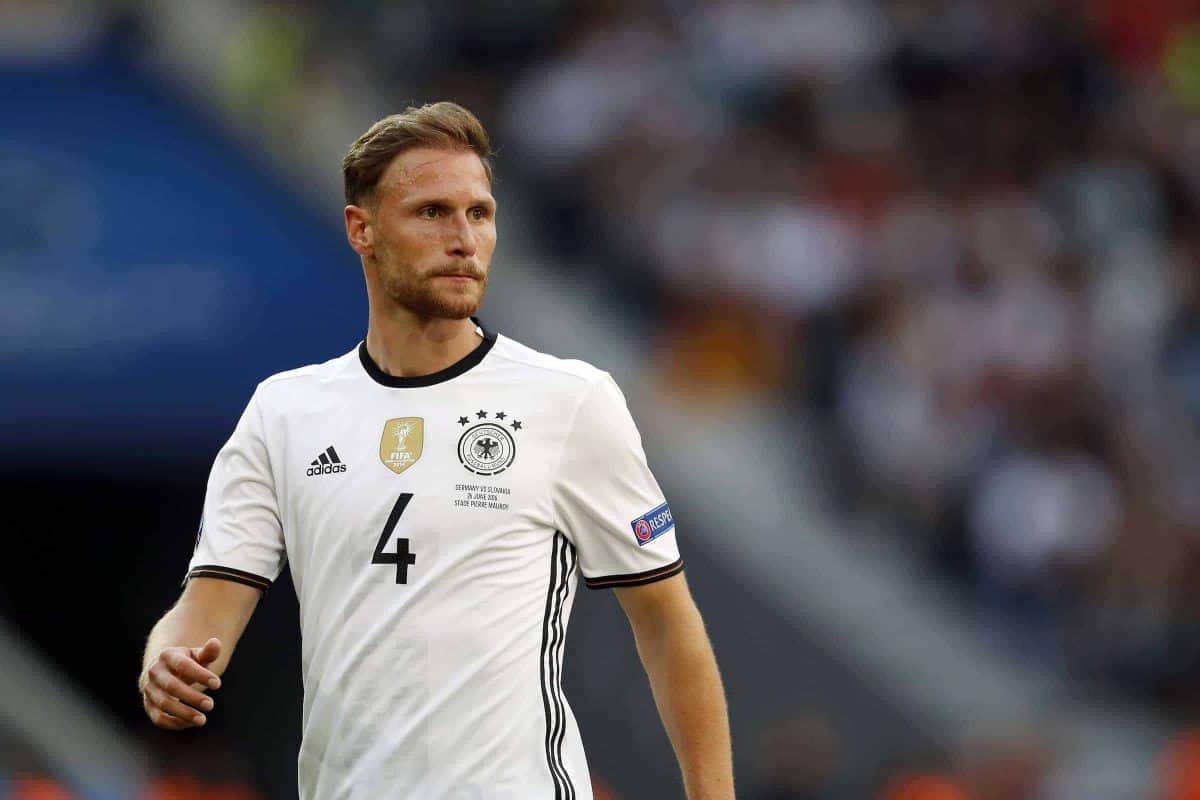 With reports suggesting Germany defender Benedikt Howedes could leave Schalke during this transfer window, Liverpool could do a lot worse than to make a move for him.

According to German paper Bild, Howedes is eyeing a new challenge, with €20 million thought to be enough to pry him away.

It would bring an end to a decade-long run in Schalke’s first-team – one that has seen him become a legend at Veltins-Arena.

The report states that a number of Premier League clubs have enquired about the 29-year-old’s availability – Liverpool should be one of them.

In a transfer window full of obscene big-money moves, being able to sign a player of Howedes’ pedigree for such a low price would represent great business.

The Schalke man has won 44 caps for Germany since his debut in 2011, which include an appearance and victory in the 2014 World Cup final.

Howedes is at an age where he still has plenty left in the tank in order to give three or four good years of service, as well as having a wealth of experience at his disposal.

He has enjoyed a stellar career to date, starring with Manuel Neuer, Jerome Boateng, Mats Hummels, Sami Khedira and Mesut Ozil in the Germany U21 side that won the European Championship back in 2009, and progressing from there.

The dependable central defender also has versatility to his game, thriving in either full-back position, which adds another reason he’d be a solid signing.

When it comes Liverpool, who continue to experience one defensive woe after the next, there are literally no negatives in attempting to sign Howedes.

The Reds’ summer has been dominated by their ongoing desire to buy Virgil van Dijk – a signing that would be an enormous statement of intent.

We have seen in the opening games of this season against Watford and Hoffenheim, that reinforcements at the back are paramount if Liverpool are to have a successful season.

Of the four goals conceded in those two matches, every single one has been alarmingly avoidable, with too many individual errors undoing the team’s hard work.

Howedes would be an ideal figure to come in help shore things up, but this should have absolutely no bearing on a move for Van Dijk.

The German should not be seen as an alternative to Southampton‘s sought-after captain, but a further addition to Jurgen Klopp‘s squad.

With four different competitions to tackle in 2017/18, Klopp will be rotating plenty, so depth is essential to the team’s success.

Howedes is on another level to both Dejan Lovren and Ragnar Klavan, the former of whom once again showed he should not be a regular during an erratic showing in Hoffenheim.

There is also an argument to say Howedes is superior to former Schalke teammate Joel Matip, too, with the Cameroonian still struggling to fully convince all Liverpool supporters.

Should Van Dijk hypothetically join the Reds and pick up an injury, Matip and Howedes’ past relationship at Schalke would also be handy for Klopp.

Let’s also not forget that both Matip and Lovren were injury-plagued last season, so counting on them to be around a lot is wishful thinking, and Klavan and a maturing Joe Gomez are not suitable deputies.

Howedes will feel he has time for one last big challenge in his career, and Liverpool would be the perfect destination for him, and vice versa.

He could come straight in and thrive under the stewardship of his compatriot Klopp, and add the sort of quality, experience, and depth that the Reds continue to lack.