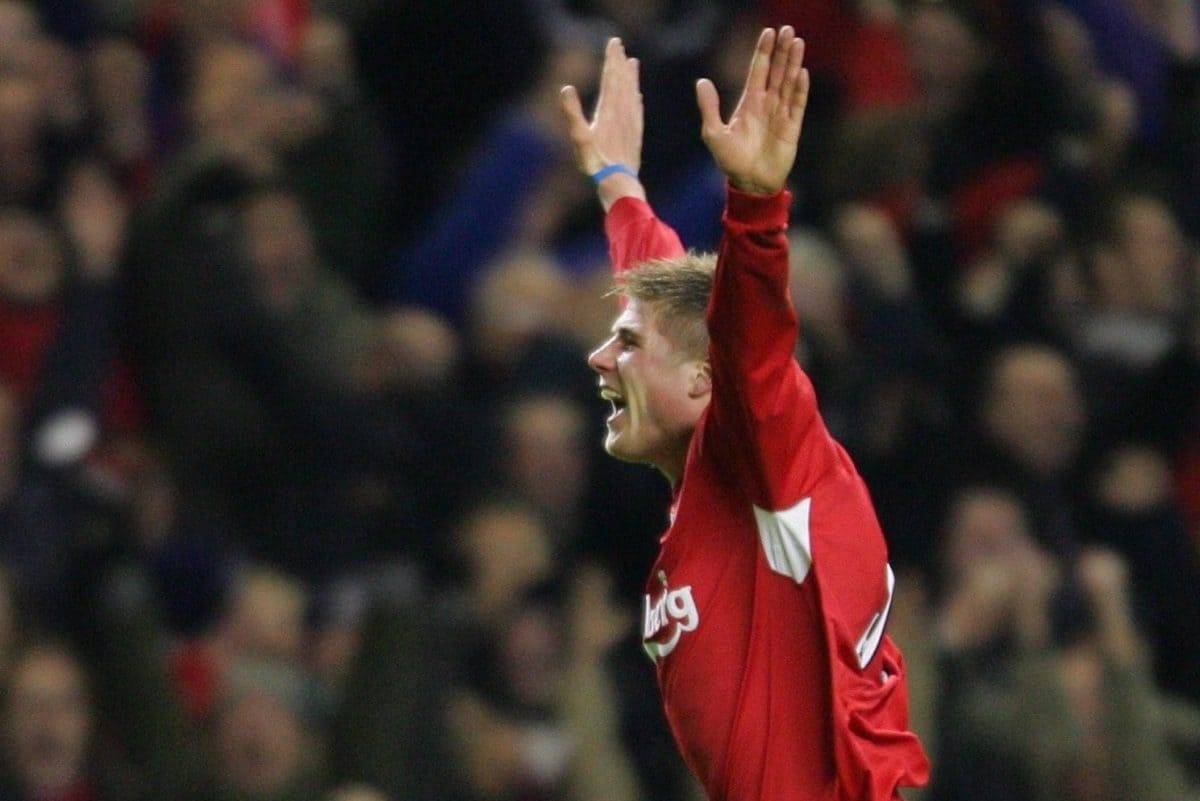 Liverpool will be hoping for a few goals against Arsenal this weekend—and thankfully there is plenty of precedent for that to happen.

Jurgen Klopp‘s team will take on the Gunners at Anfield on Sunday, a first battle of the season against likely top-four rivals in the Premier League.

Liverpool have had good recent results at home to Arsenal, winning two and drawing two of the last four games between the sides at Anfield, including last season’s 3-1 victory where Roberto Firmino, Sadio Mane and Gini Wijnaldum all got on the scoresheet.

In the past the fixture has seen some tremendous encounters and memorable moments, from Peter Crouch’s perfect hat-trick to Neil Mellor’s last-gasp winner at the Kop end.

LFCTV have rounded up the 10 best Anfield moments against Arsene Wenger’s men and there are some memories which fans will appreciate reliving, not least of all Robbie Fowler’s famous sub-four-minute hat-trick, a Premier League record until one Sadio Mane beat him.

Here’s hoping there’s another addition to this collection come the weekend!