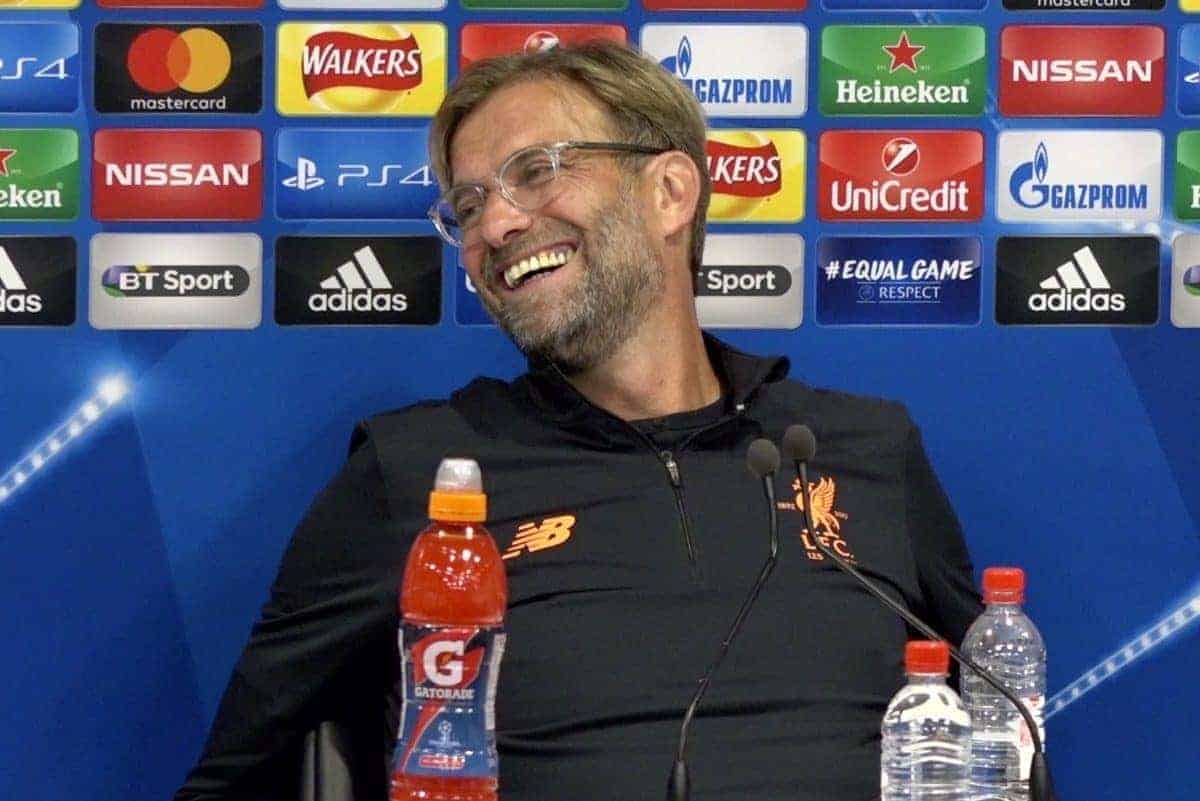 Jurgen Klopp was in high spirits after his Liverpool side sealed a 4-2 win over Hoffenheim to secure their place in the Champions League.

Two goals from Emre Can and further efforts from Mohamed Salah and Roberto Firmino put the finishing touches on an excellent two-legged showing from the Reds.

Beating their Bundesliga opposition 4-2 at Anfield, Liverpool built on their 2-1 victory in Sinsheim last week, restoring their place among Europe’s elite.

Speaking to reporters after the triumph, with his side safely in Thursday’s Champions League group stage draw, Klopp summed up his emotions in one word: “Yippee!”

The 50-year-old was full of praise for Firmino, who produced a stunning display against his former side.

“He gave the opportunity to the two quick boys on the wing, that they could have one-on-one situations that they used outstandingly good again,” he explained.

And Klopp reserved praise for Julian Nagelsmann and his Hoffenheim squad, saying “they were here to play a good football game in a fantastic stadium and that’s what they did.”

He also acknowledged the importance of Champions League football in both finalising signings and negotiating contract extensions.

Having now taken their place in the top tier of Europe, the Reds can now look to continue their business off the field, with new additions of paramount importance before August 31.