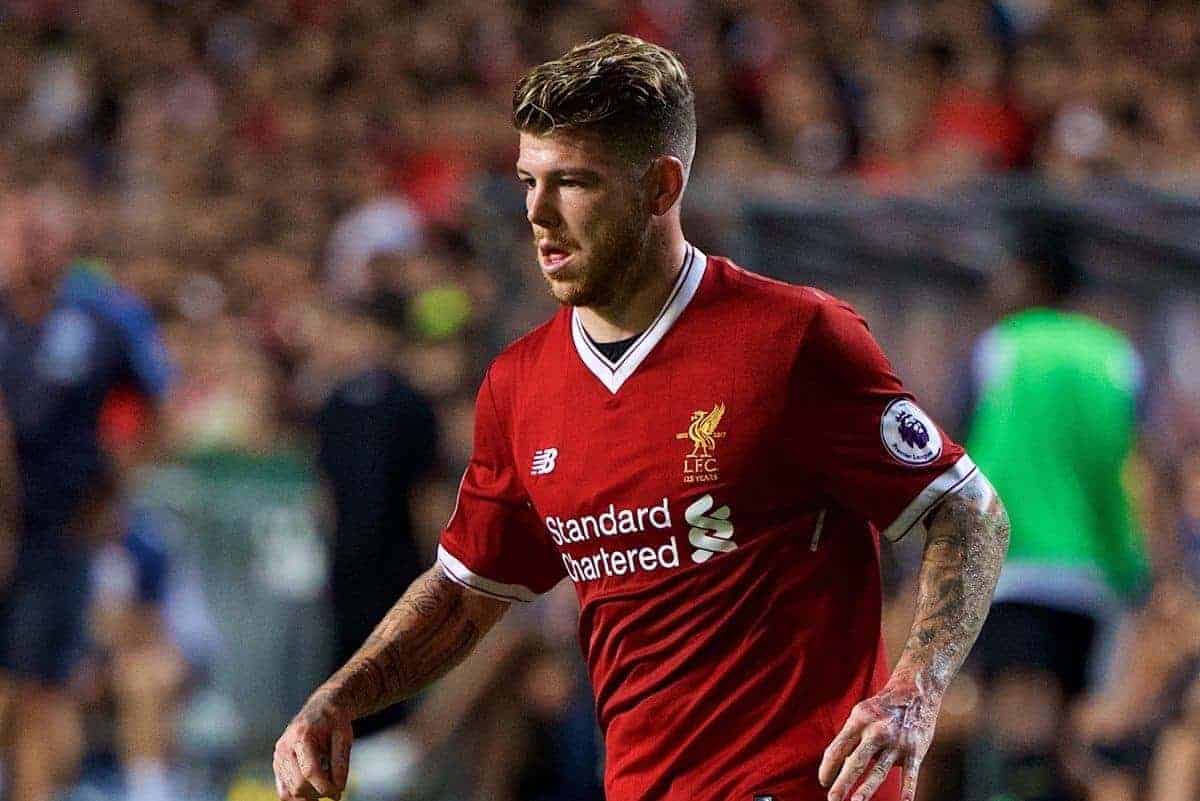 Liverpool left-back Alberto Moreno has been the subject of interest from Premier League rivals Watford, who have made an enquiry this month.

The Reds are set to take on Marco Silva’s side in their season opener at Vicarage Road on August 12, with Moreno potentially lining up against them.

Moreno is available for transfer this summer, with Jurgen Klopp moving to sign Andrew Robertson from Hull City, and Liverpool have already rejected an £11 million bid from Napoli.

Now, according to the Liverpool Echo, Watford have made an approach for the Spaniard, whose current deal with the Reds expires in 2019.

They claim that Watford are one of two Premier League sides interested in Moreno, with Liverpool valuing the ex-Sevilla defender at around £15 million.

However, they add that “it is unknown whether a deal would be concluded by [next weekend], or if the Hornets can afford to pay the club’s asking price.”

Watford have made five signings already this summer, bringing in Will Hughes, Nathaniel Chalobah, Tom Cleverley, Kiko Femenia and Daniel Bachmann, as Silva prompts an overhaul.

But the Portuguese is clearly eager to bolster his squad further, with Moreno earmarked to provide competition for Jose Holebas.

AC Milan, Inter Milan and AS Roma have all been previously credited with an interest in Moreno, while Sevilla were also touted as a possible destination for the 25-year-old. Whether Liverpool should part ways with their No. 18 is questionable, however, particularly given his star performance against Bayern Munich in the Audi Cup this pre-season.

Against the Bundesliga champions, Moreno was at his imperious best, and drew widespread praise from supporters.

Discussing the possibility of Moreno remaining at Anfield beyond the summer after his shining display at the Allianz Arena, Klopp said “if he plays like he did today, yes.”

“That was a really good game by Alberto. That’s why we kept him playing, every second he was playing better, he was more present,” he told reporters.

“He’s really fit. He has a little problem with his thigh, but we had a test with him this morning and he played really well.

“The players decide themselves how many games they play.”

With Robertson arriving to compete with James Milner for a starting role, however, it is still unlikely that Moreno will be a Liverpool player beyond the summer transfer window.

Watford would provide him with an ideal club to ply his trade, and working under Silva could be hugely beneficial.