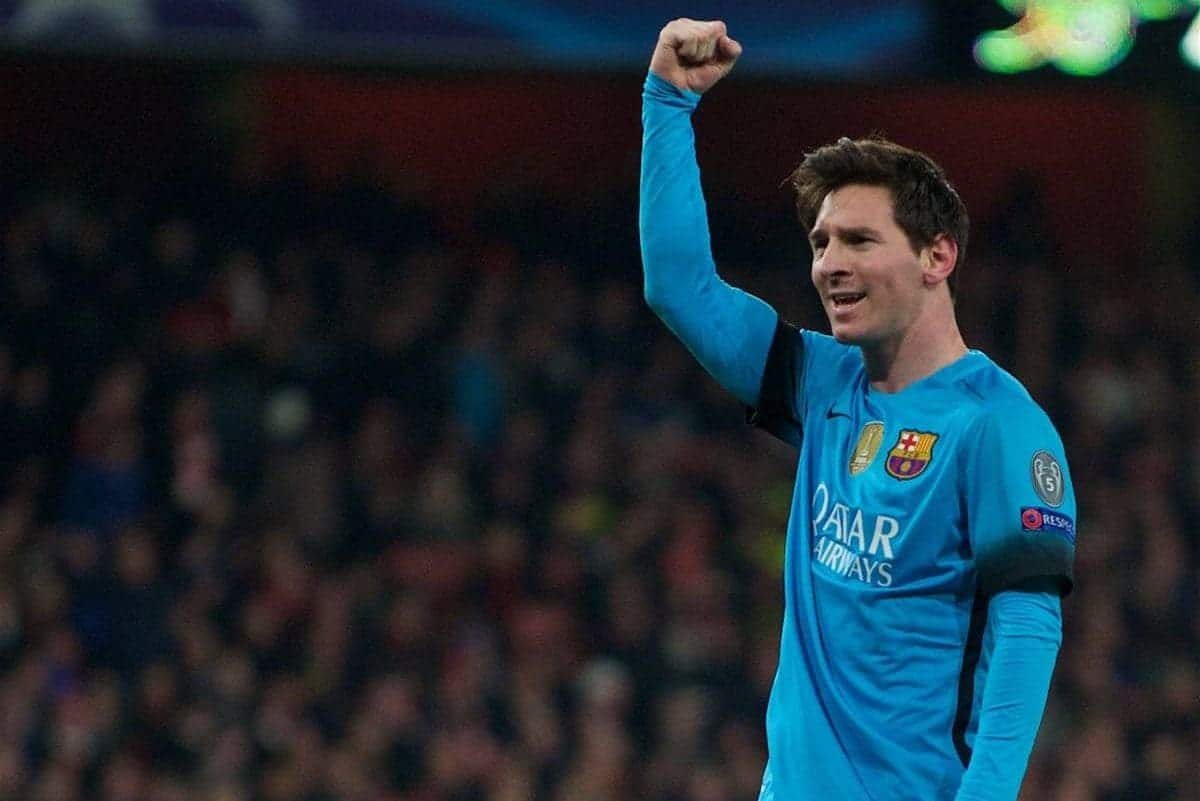 The Champions League is back, with Liverpool returning for the first time since 2014, but elsewhere there was further proof that the competition’s group stages are becoming very monotonous.

The Reds played their first Champions League group stage game for three years on Wednesday, but the 2-2 draw at home to Sevilla was slightly disappointing.

In the other Group E clash, Maribor and Spartak Moscow both took home a point—a result that will suit Jurgen Klopp down to the ground.

There were 14 others matches that took place in midweek, with some of the world’s top players shining on Europe’s biggest club stage.

But unfortunately for the neutral, there were few surprises, as Europe’s elite threaten to close in on hopeful outfits from smaller nations on the continent.

Here are some of the main talking points from the action.

Barca Have the Bit Between Their teeth

Barcelona were not at their best last season, and there was plenty of talk about this wonderful side coming to the end of its cycle.

The Catalan giants appear to have been stung by Real Madrid’s current dominance, however, and they made a flying start to the Champions League campaign on Tuesday.

The Blaugrana cruised to a 3-0 victory at home to last season’s finalists Juventus, with Lionel Messi scoring twice in an irresistible performance.

It looks as though the world’s greatest player has taken it upon himself to go up a gear from 2017/18, and his team-mates are following suit.

They are not the force they were at their very best, but with Messi playing like this and Luis Suarez, Andres Iniesta, Sergio Busquets and Ivan Rakitic all in sparkling form, they will take some stopping.

Brendan Rodgers remains a divisive figure, but he has done a good job at Celtic, ensuring they remained unbeaten in the Scottish Premiership last season.

When they play against a top European side, however, their limitations are horribly exposed, and that was very much the case when a star-studded PSG side came to town on Tuesday.

The hosts were comprehensively outplayed by one of the favourites to win this season’s competition, with the world-class front three of Neymar, Kylian Mbappe and Edinson Cavani all scoring in a 5-0 win.

Matches such as these make you realise just how weak Scottish football is, and Rodgers will do exceptionally well to get his side through a group containing PSG, Bayern Munich and Anderlecht.

The additions of Neymar and Mbappe make PSG a genuine contender now, and when you add the leadership of Thiago Silva and metronomic midfield artistry of Marco Verratti, they are a force to be reckoned with.

Liverpool Let the Side Down

There was a time when Premier League teams bossed Champions League football, with the late 2000s often seeing Liverpool, Man United, Chelsea and Arsenal reaching the latter stages and, at times, lifting the trophy.

In recent times this dominance has faded, though, and it is about time that changed.

The five English clubs racked up an 18-3 aggregate win over their opponents on Tuesday and Wednesday, with Liverpool the only team failing to achieve victory.

United and Man City earned 3-0 and 4-0 wins over Basel and Feyenoord, respectively, while Chelsea dismantled a hapless Qarabag side 6-0 at Stamford Bridge.

The most impressive result was Tottenham‘s 3-1 triumph at home to Borussia Dortmund, with Mauricio Pochettino’s side winning at Wembley for the first time in 2017/18.

Between them, the quintet of Premier League clubs look far stronger this season, and it would be a surprise if at least one didn’t reach the quarter-finals. Some criticism has to be aimed at the Champions League format, due to the group stage becoming a slight non-event these days.

The gulf in class between the top sides and the lesser ones is enormous, and it is difficult to see where the shocks are going to come from.

Gameweek 1 summed this up perfectly, with all of the European heavyweights avoiding defeat, and most of them romping to victory.

There may be a rogue surprise thrown in come the end of the six rounds of matches, but you could virtually predict the 16 teams to make it through now.

CSKA Moscow’s win at Benfica has at least made things interesting in United’s group, and Roma and Atletico Madrid will tussle with Chelsea to progress, but all in all, it feels a bit predictable.