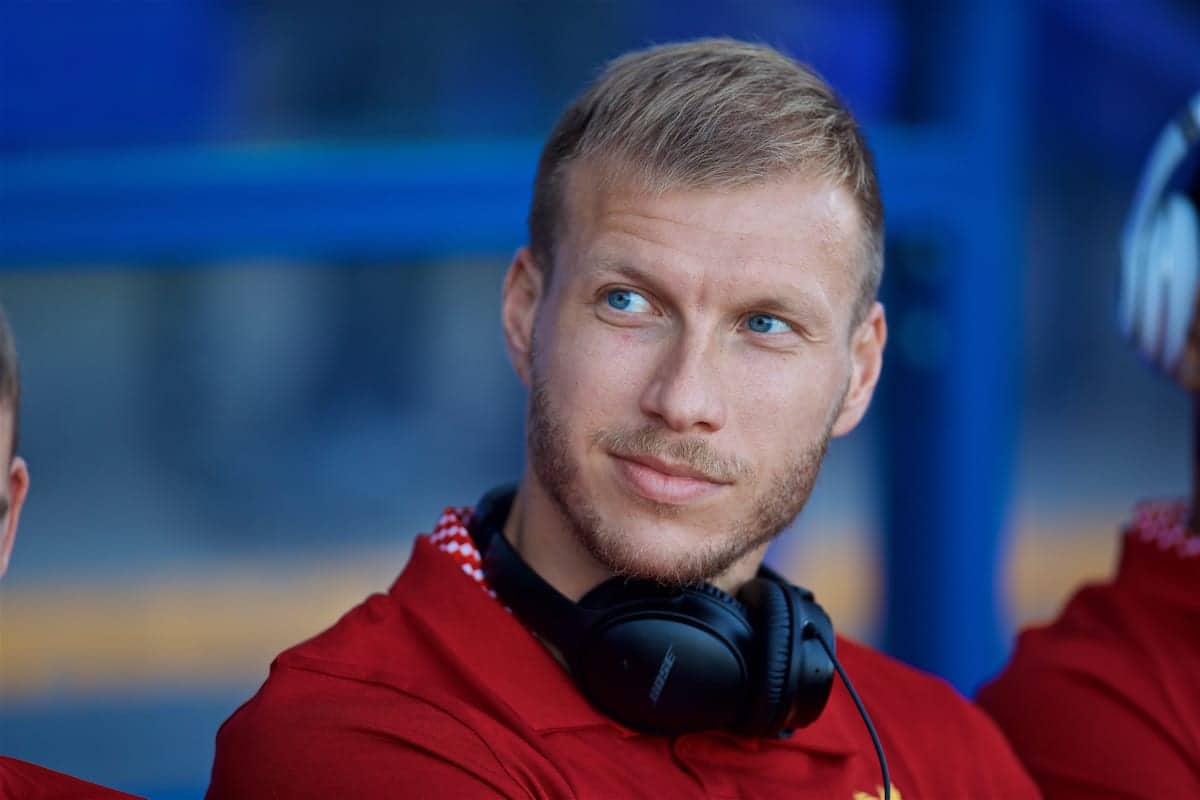 Jurgen Klopp has made three changes to his Liverpool lineup to take on Premier League title rivals Man City at the Etihad Stadium.

The Reds get back to domestic action on Saturday lunchtime, looking to build on an excellent start to the season.

Having welcomed a healthy squad back from the international break in midweek, Klopp has been able to oversee a productive buildup ahead of the trip to the Etihad Stadium.

And following their 4-0 win at home to Arsenal last time out, the German finds Liverpool in excellent form, prompting some key decisions as he named his starting lineup.

Simon Mignolet returns between the sticks, after being rested for the clash with the Gunners.

The Belgian lines up behind a back four of Trent Alexander-Arnold, Joel Matip, Ragnar Klavan and Alberto Moreno.

In midfield, Klopp has retained the three-man unit of Jordan Henderson, Emre Can and Georginio Wijnaldum, with new signing Alex Oxlade-Chamberlain on the bench.

And Mohamed Salah, Sadio Mane and Roberto Firmino are, as expected, deployed in Liverpool’s forward line.