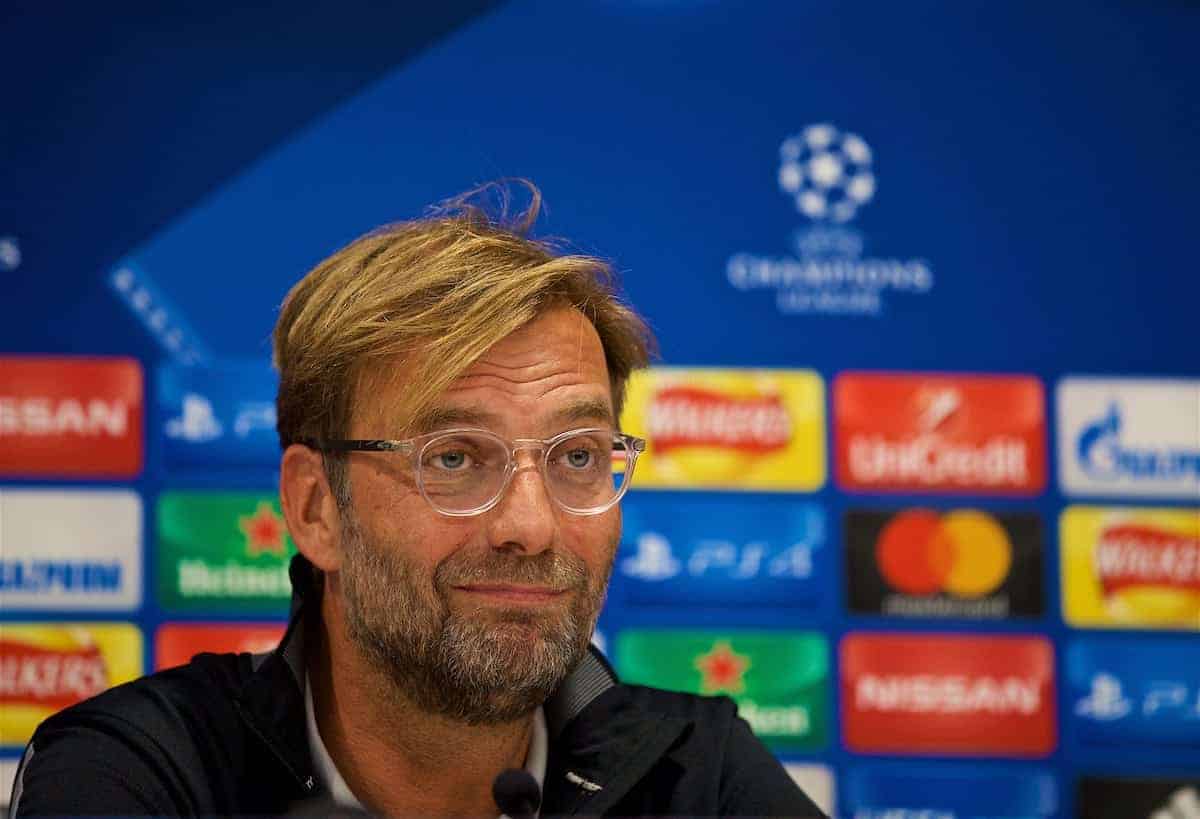 Liverpool return to Champions League action at home to Sevilla on Wednesday. Here Press Association Sport looks at some of the talking points ahead of the game.

Manager Jurgen Klopp confirmed at the weekend Philippe Coutinho, who only a month ago handed in a transfer request in an attempt to force a move to Barcelona, is in his thoughts for the game.

The playmaker was left out against Manchester City in order to have more training as he has played only 47 minutes in two substitute appearances for Brazil this season.

Coutinho is likely to be in the squad but may have to settle for a place on the bench.

How Will He Be Received at Anfield? There is no doubt the transfer request and numerous reports of “close family members” suggesting all the things Coutinho would do if he did not get his move to the Nou Camp angered fans.

However, with almost a fortnight passing since the closure of the transfer window there has been a significant cooling off period and that has been enhanced by some clever, conciliatory words from Klopp.

The 5-0 defeat to City on Saturday has probably helped smooth Coutinho’s path back to the first team as supporters have spent the last couple of days looking for any strand of positivity.

And despite his lack of match fitness fans have not overlooked Coutinho’s quality, which has banked him a lot of credit over the last couple of seasons. It has been confirmed that Klopp intends to play Loris Karius in goal for Champions League matches.

The German has struggled to establish himself after arriving in the summer of 2016 and although he was given a surprise rare outing in the 4-0 win over Arsenal last month Simon Mignolet remains first choice in the Premier League.

Klopp insisted after the Gunners game he had no qualms about swapping his goalkeepers—but it will be a major vote of confidence in his 24-year-old compatriot to prefer him for the club’s return to Europe’s elite competition.

Defending the Back Four

Liverpool’s defence came in for criticism again after the rout at the Etihad Stadium but in fairness they did play the majority of the match with 10 men.

Nevertheless, question marks remain over a unit which has a tendency to concede too easily from crosses.

Alberto Moreno has regained the left-back spot without seemingly having to do too much to displace last season’s makeshift James Milner while on the other flank, with Nathaniel Clyne injured, youngsters Trent Alexander-Arnold and Joe Gomez offer promise but little experience.

Dejan Lovren is likely to return at the expense of Ragnar Klavan against Sevilla but he and Joel Matip have yet to produce an entirely convincing performance so far this season.

The two clubs’ only other meeting came 16 months ago in the Europa League final in Basle.

Klopp’s side appeared to be well in control leading 1-0 at half-time. However, the speed at which they collapsed and the ease with which Sevilla moved to a 3-1 win was alarming.

Much has changed since then—Sevilla’s manager for one—but nine of the Liverpool players in the squad that night are expected to be involved this time around and facing the Spanish opposition again could reopen old wounds.