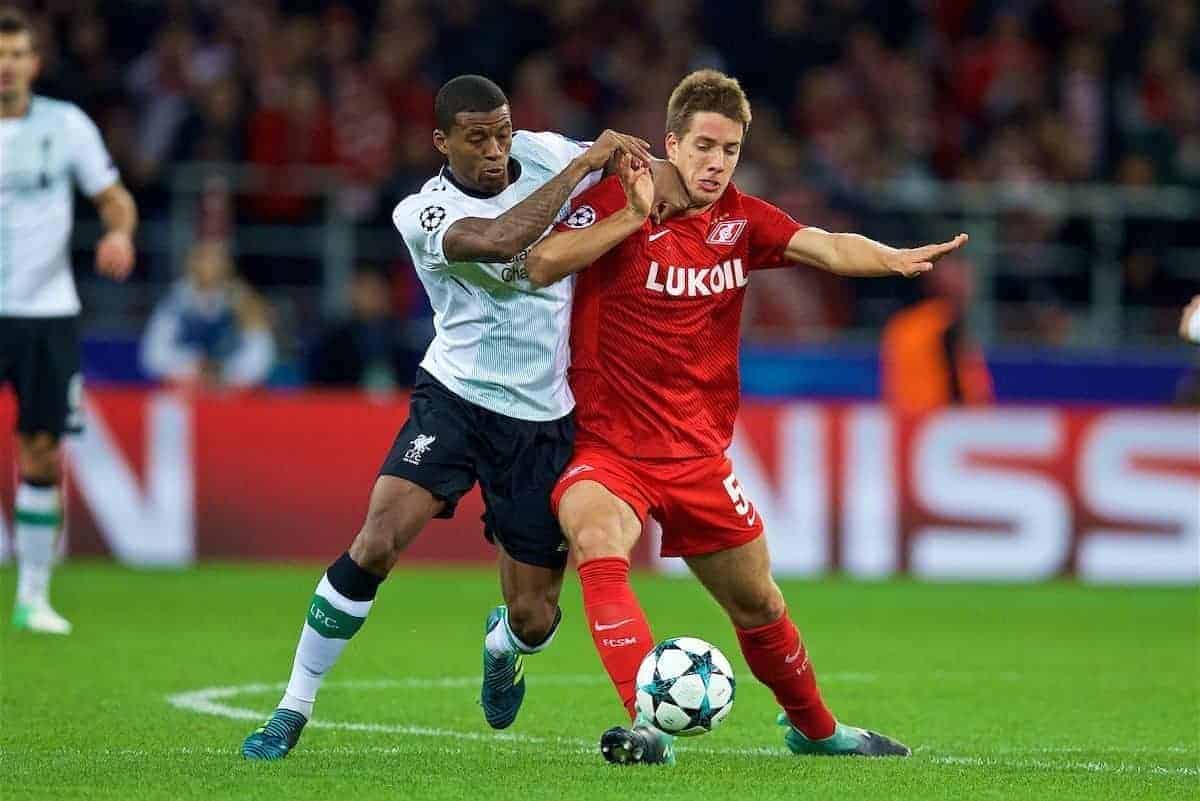 Philippe Coutinho scored a well-worked first-half equaliser to cancel our Fernando’s free-kick but, despite dominating the attacking play, the Reds had to settle for a point in the Russian capital.

“We are not the most lucky team in world football but we did very well in creating chances against a defensively-oriented team,” Klopp said.

“The free-kick was not a foul, we won the ball clearly. It was a brilliant free-kick and we could have created more chances—that is the crazy thing.

“The only thing is to go through the group and that is still possible for us.

“We would have won both games [so far in Group E] but didn’t and that is our fault.

“There were a lot of good things, [but] it was not a good result.

“In some moments we performed very well, in other moments we didn’t perform very well. We did not take our chances.” Klopp started with his key attacking quartet of Coutinho, Sadio Mane, Roberto Firmino and Mohamed Salah for the first time in a competitive game.

But even that array of talent could not make the difference in Moscow.

“It is good when you have all these players but it is not [just] lining up the players,” he added.

“They all need rhythm and it was a very intense game. It is not about the names it is about how we perform.

“There were good saves from both goalkeepers and wrong decisions at the decisive moment.

“That is how football is. The only way you can change it is to do it again and do it again.

“We are strong enough to qualify. The door is open but we have to walk through.

“We can see a bit of light. We have to stay cool, work hard and we will be all right.”