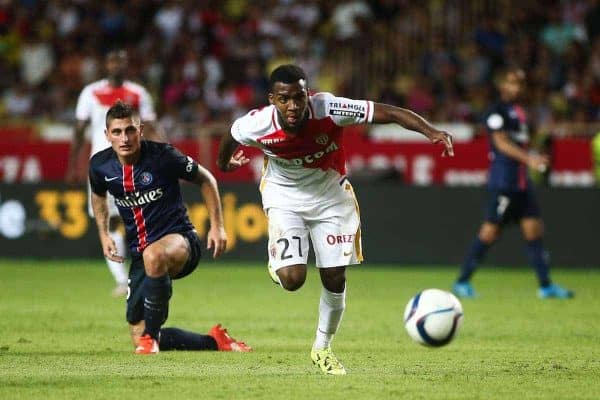 Liverpool will face a fight to secure the signing of AS Monaco winger Thomas Lemar, with Arsene Wenger confirming Arsenal retain their interest.

The Reds missed out on a deal to bring Lemar to Anfield on deadline day of the summer transfer window, running out of time to conclude negotiations with the Ligue 1 club.

Lemar went on to score twice in France’s 4-0 World Cup qualifier win over the Netherlands that night, highlighting his potential as a top-level talent.

This underlined the disappointment of another failed pursuit for Liverpool, but as with Southampton centre-back Virgil van Dijk, they are expected to renew their interest in the future.

Arsenal were also in talks with Monaco throughout the summer, making a £92 million bid for Lemar on Thursday, and will also be in the race next year.

Speaking to French outlet Telefoot, Wenger confirmed the Gunners’ approach for the winger, and also his intention to return with another bid.

“He decided to stay at Monaco,” he explained, with Lemar believed to have turned down a move to the Emirates Stadium.

However, it seems Liverpool should not be overly concerned by Wenger’s testimony, with the Times‘ Jonathan Northcroft suggesting Lemar would prefer a move to Merseyside.

“Lemar had not agreed to come to ­Arsenal,” Northcroft writes, “and is said to be more interested in going to Liverpool next summer.”

This corroborates claims from French publication L’Equipe earlier in the week, with Lemar said to have told Monaco it was “the Reds or nothing else.”

It is unlikely that Liverpool and Arsenal will be the only two clubs vying for Lemar in 2018, of course, particularly if he continues his rise under Leonardo Jardim.

Wenger already believes the 21-year-old is “quite complete in both defence and attack,” and this is no doubt why Jurgen Klopp sought to add him to his squad at Anfield.

The upcoming transfer windows promise to be interesting for the Reds, as Klopp continues to push for quality over quantity as he looks to restore Liverpool to glory.