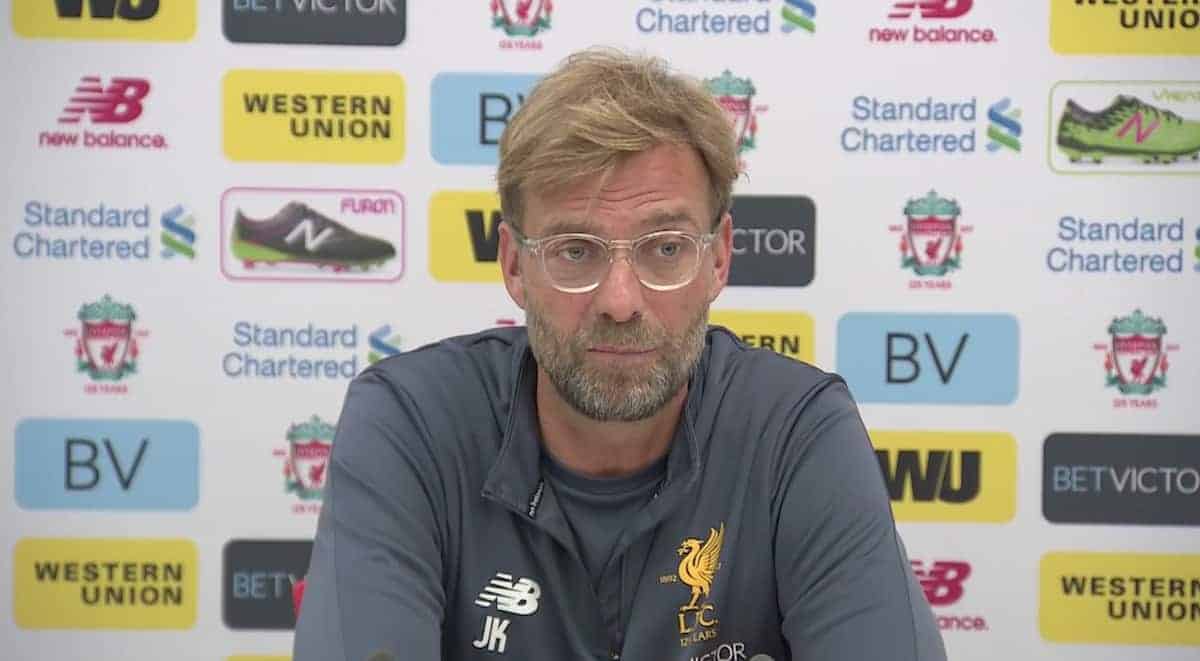 Jurgen Klopp discussed a number of topics ahead of Liverpool’s Premier League clash against Burnley on Saturday.

There were also sensible and interesting words on the development of youngsters such as Joe Gomez and Trent Alexander-Arnold, while Klopp also confirmed that Simon Mignolet will return to the team on Saturday.

Klopp said that the Belgian is his number 1 and will probably have played 85 – 85 percent of games by the end of the season.

There was also praise for new signing Andrew Robertson, with Klopp saying he is training well and therefore it is hard to leave him out of the squad – the Scotsman is expected to start against the Clarets.

Alexander-Arnold is also expected to start as Klopp continues to rotate his two young right back options.

It’s a good press conference from the manager, well worth a watch.