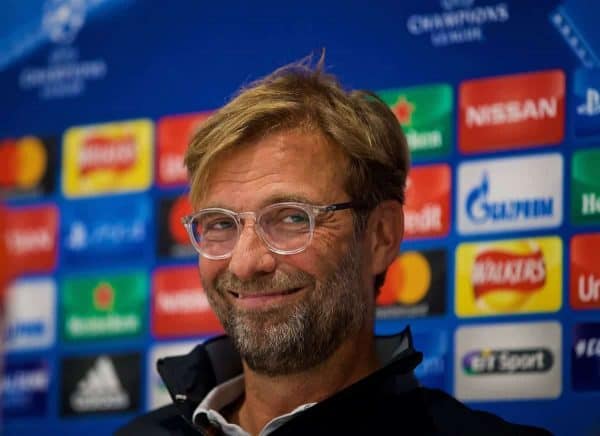 Ahead of Liverpool’s Champions League group stage opener at home to Sevilla on Wednesday, we bring you some pre-match statistics and facts.

The Reds have won the last four opening games of a group stage when they have been played at Anfield and lost only one of six—to Barcelona in 2001/02.

Liverpool have won four of the last 15 meetings with teams from Spain at Anfield.

Jurgen Klopp has lost two of his 15 European games while in charge at Anfield—both to Spanish opposition, Villarreal and Sevilla.

His record against teams from Spain home and away is five wins, four draws and six defeats from 15 games.

Seventeen hat-tricks have been scored by Reds players in Europe in total with the last coming in 2010 when Steven Gerrard netted three as a substitute against Napoli in the Europa League.

No Liverpool player has scored a hat-trick against Spanish opponents.

End of an Era?

Simon Mignolet has started all of Liverpool’s 25 European fixtures since joining the club in the summer of 2013.

The Spaniards have won one league title—in 1946—and the Copa Del Rey five times, the last of which came in 2010.

They also lifted the European Super Cup in 2006 defeating Barcelona, a team they have since lost 5-4 to in the same competition.

From the Liverpool starting XI that night only Kolo Toure has left the club.