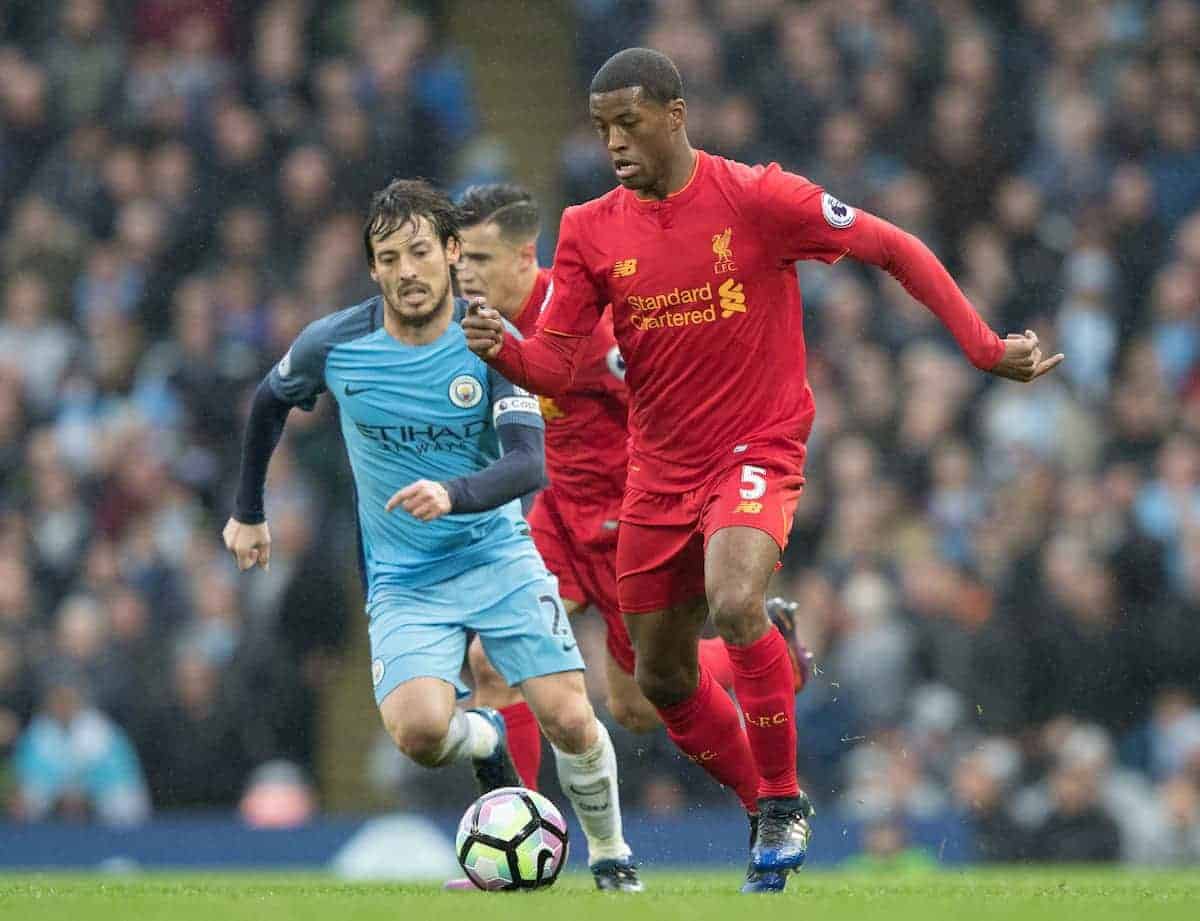 After a weekend of international action, the Premier League is back – and Liverpool’s trip to Man City is the standout fixture by some distance.

We made it through the internationals and out the other side – what a time to be alive.

Liverpool’s 4-0 win at home to Arsenal caught the eye in Gameweek 3, and there were also wins for both Manchester clubs and Chelsea, with the latter dispatching of Everton at Stamford Bridge.

Here’s the best of the action to gorge on over the next three days.

Huge clash at the Etihad

Having trounced Arsenal last time out, the big matches keep coming for Liverpool.

The trip to the Etihad to face City on Saturday lunchtime could be quite a contest, with the Premier League‘s two most entertaining teams going head to head.

Both sides have seven points from their opening three games, and the victor this weekend, if there is one, will really feel good about their title chances. Everybody knows Arsenal are capable of falling apart, but even by their standards, this has been a bad start to the season.

They were lucky to beat Leicester City on the opening night of the campaign, and they have followed that 4-3 win up with successive defeats to Stoke City and Liverpool.

This weekend’s visit of Bournemouth really is a must-win game, with Arsene Wenger under incredible pressure and certain individuals also being torn to shreds for their recent displays.

They should have enough to overcome a Cherries side without a point to their name, however, assuming Wenger actually picks the correct personnel this time.

If they don’t win it will be disastrous, especially with a trip to Chelsea next up in the league.

Another test of Everton’s credentials Things were looking so good for Everton when they led at Man City a few weeks ago with a man extra, with a rare win away to one of the top six on the cards.

They ended up drawing in rather spineless fashion, though, and then failed to put up a fight against Chelsea in their last outing.

Liverpool’s local rivals are right in the middle of a very tough run, and Saturday’s clash with Spurs at Goodison Park is another 90 minutes that will allow us to gauge how good they really are.

It has been a frustrating start to the season for Mauricio Pochettino’s men, with more points dropped at Wembley (5) than in the entire 2016/17 campaign at White Hart Lane (4).

The north Londoners could badly do with a win to give them some momentum, but they will be given a stern test on Merseyside. This has draw written all over it – a result both managers would be content with.

We always have a little look to see who Liverpool’s rivals are playing every weekend, and United and Chelsea both have slightly tricky matches on paper.

United’s is the easier of the two, with trips to Stoke not as daunting as they once were, but the Potters showed that they can cause an upset when they saw off Arsenal last month.

Jose Mourinho’s side top the table currently, and given the Portuguese’s track record for getting off to flying starts, we don’t want to see them building too big a lead.

Chelsea head to Leicester in a battle of the last two Premier League champions, which could be an uncomfortable afternoon for them.

The Foxes remain a strong home side, and if the visitors aren’t at the races, you could definitely see them struggling.

It is hard to see both of the Reds’ adversaries dropping points, but this league remains as unpredictable as ever.

Pressure on for Bilic & De Boer

There are always a few strong contenders to be the first manager sacked every season, and Slaven Bilic and Frank de Boer are the two most likely to suffer that fate.

Neither West Ham or Crystal Palace have picked up a point yet, and sit 20th and 19th, respectively – failure to get off the mark this weekend could spell the end for at least one of the managers.

The Hammers host an inspired Huddersfield Town side on Monday night, while Palace have a tough trip to Burnley on Sunday.

West Ham might have enough to sneak past the Terriers, but it is hard to envisage a Palace victory at Turf Moor.