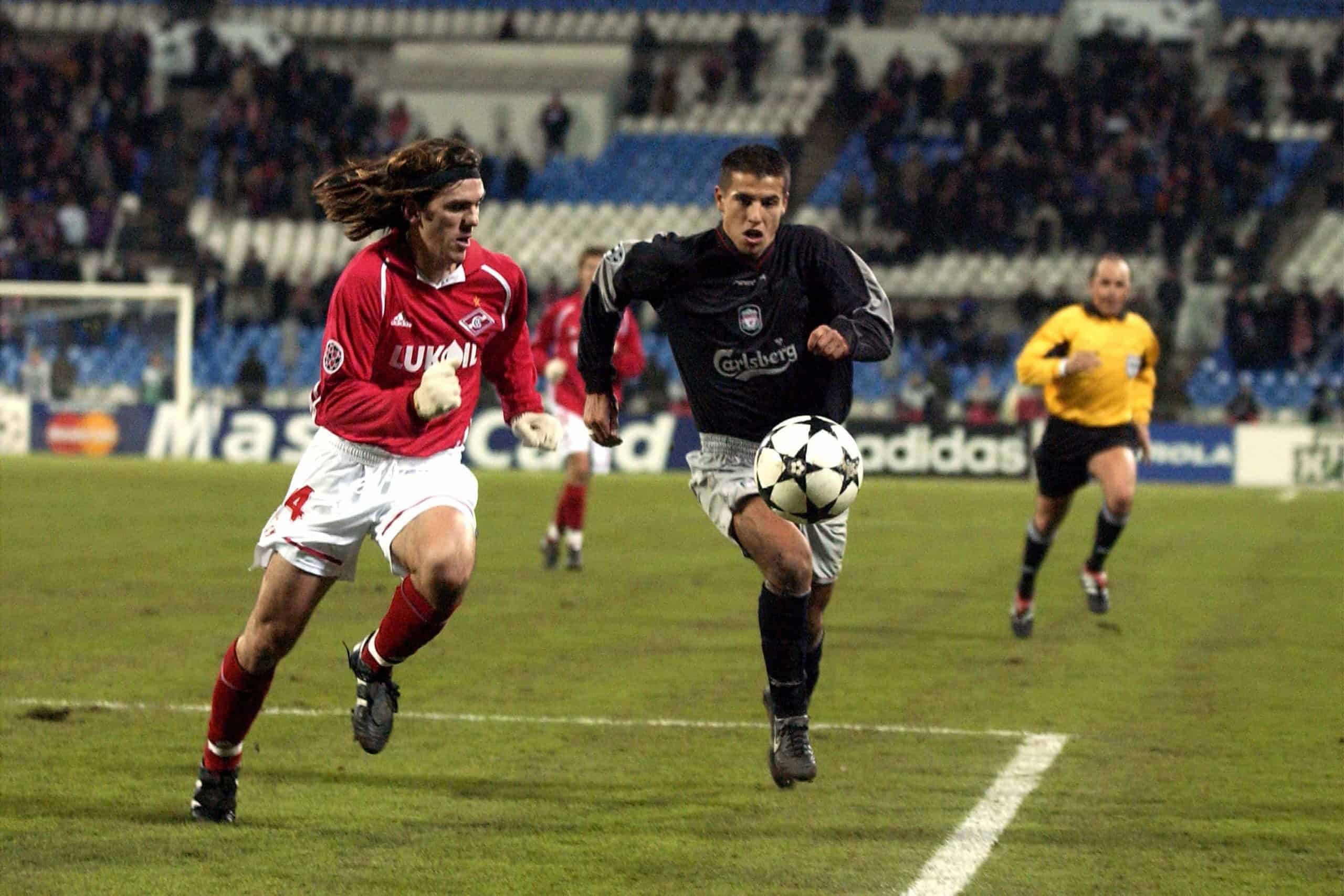 Liverpool play their first away match in Champions League Group E on Tuesday when they take on Spartak Moscow.

Defending champions Spartak are currently seventh in the Russian top flight having won only three of their 11 league fixtures so far this season.

In what is their first Champions League campaign since 2012/13, they drew their Group E opener 1-1 with NK Maribor in Slovenia.

That match saw a flare launched from the stand housing Spartak’s supporters almost strike the referee. The club have been fined 60,000 euros (£53,000) by UEFA and will not be allowed to sell tickets for the next away game in the group, which is against Sevilla in November.

Spartak and Liverpool were in the same pool in the first group stage of the 2002/03 Champions League and the Reds registered victories in both meetings, 5-0 at Anfield and 3-1 in Moscow, with Michael Owen scoring a hat-trick on the latter occasion.

They also played each other in the 1992-93 Cup Winners’ Cup second round, Spartak triumphing 6-2 over the two legs.

The Russian side’s overall record against English clubs is won nine, drawn two, lost six and their most recent encounters with Premier League opposition came seven years ago when they lost twice to Chelsea in the group stage of this competition. Former Juventus, Atalanta and Italy defender Massimo Carrera played until he was 44. He went on to work at Juve on the coaching staff, also having a stint as their caretaker boss, then moved with Antonio Conte to the Italian national team as his assistant.

Carrera subsequently joined Spartak in 2016, initially as number two under Dmitri Alenichev, who he swiftly succeeded before guiding the club to their first league title since 2001.

Spartak’s main source of goals is Holland forward Quincy Promes – and there are doubts over whether he will be fit to feature on Tuesday, having missed Saturday’s 2-2 draw with Anzhi Makhachkala.