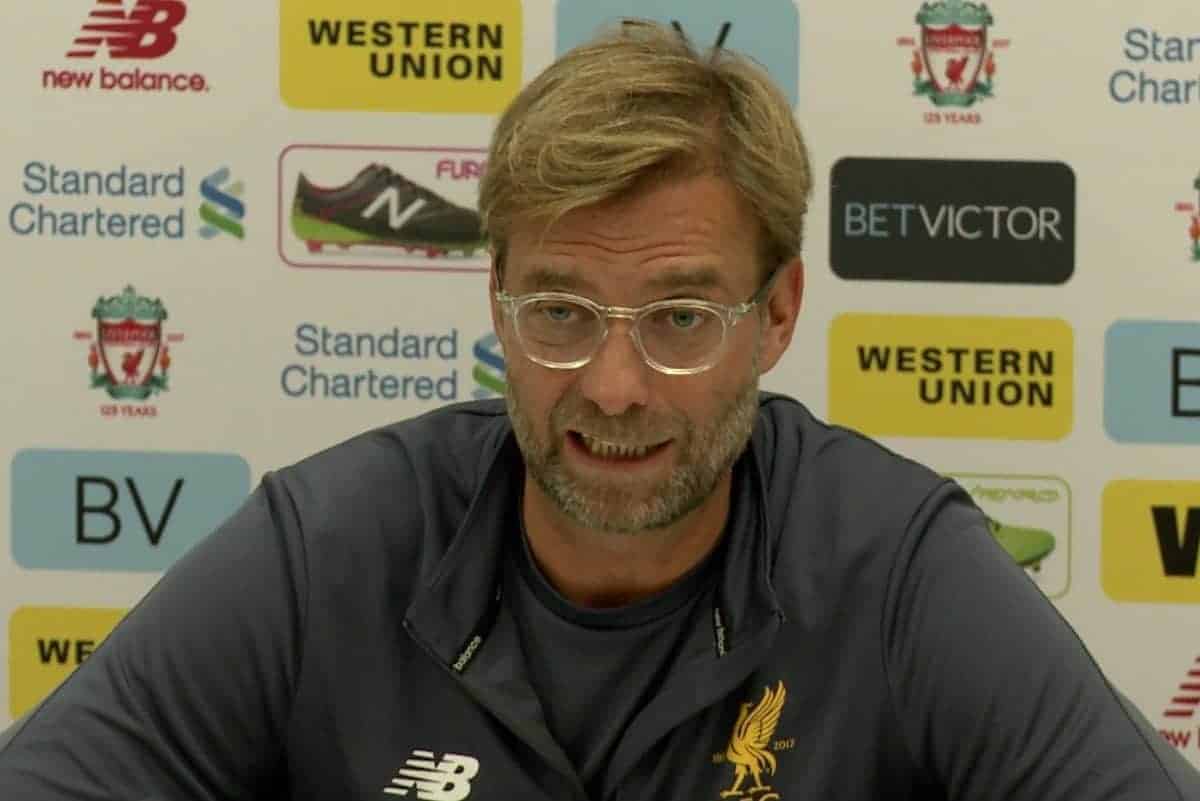 The Reds travel to Tyneside for their final outing before the October international break, taking on Rafa Benitez’s newly promoted Magpies.

Having secured a vital 3-2 win away to Leicester City last time out in the league, Klopp will be looking for his side to continue their promising form with victory at St James’ Park.

Speaking at Melwood on Friday afternoon, Klopp discussed his relationship with Benitez, the gap between Liverpool and the Manchester clubs and Ben Woodburn‘s latest Wales call-up.

He also criticised Sky Sports’ proposal to move the Reds’ December 23 clash with Arsenal to Christmas Eve, saying “I cannot imagine anybody wants to watch football that night.”

Klopp went on to provide a positive injury update for his squad ahead of Sunday, with only Nathaniel Clyne (back) and Adam Lallana (thigh) ruled out.

And the German discussed the development of Philippe Coutinho, Sadio Mane, Mohamed Salah and Roberto Firmino as a quartet.

The key attackers all started together for the first time in a competitive game on Tuesday night, but struggled for fluency in Liverpool’s 1-1 draw with Spartak Moscow.

“I really don’t think this game is the game to judge this combination. It’s a likely and possible combination of the lineup,” he explained.

“Obviously Sadio had nine or 10 days with no football game, so a little bit of lack of rhythm, still very good situations but not as good as he could be. That’s how it is after these kinds of breaks.

“All four in the best moment is an unbelievable threat but can with you nothing without the other six on the pitch.”

They are all likely to start on Sunday, with three points in Klopp’s sights.