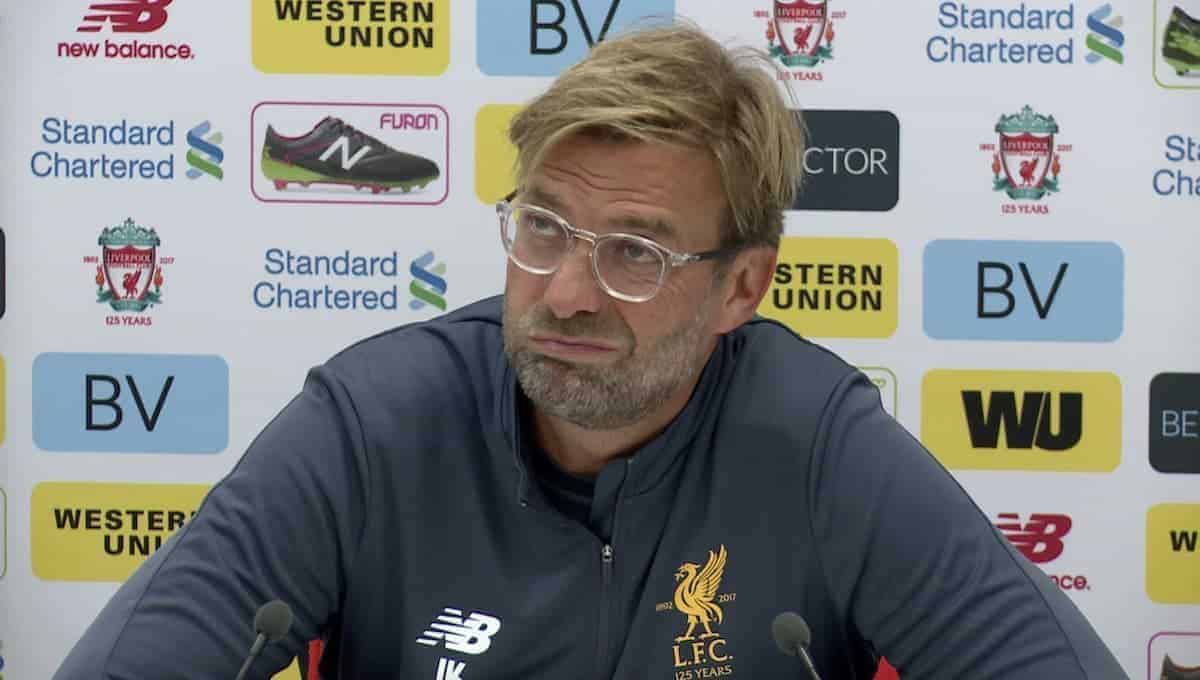 Watch Jurgen Klopp speak to the media ahead of Liverpool’s trip to face Manchester City in the Premier League.

The Liverpool boss discussed a host of topics, including – of course – Philippe Coutinho‘s situation, with Klopp explaining that the Brazilian won’t be in the squad for Saturday’s match.

“I (have) decided to leave him out,” said Klopp. “We can use this four, five days for proper training.

“He could have played 15, 20 minutes but I think it makes sense—and he agreed completely. It was a good conversation!”

Klopp also discussed new signing Alex Oxlade-Chamberlain and where the England international features in his plans.

There was praise for teenager Ben Woodburn after his sensational international debut, and confirmation that Simon Mignolet will start against City.

There was also words on new signing Naby Keita, who arrives at the club next summer.