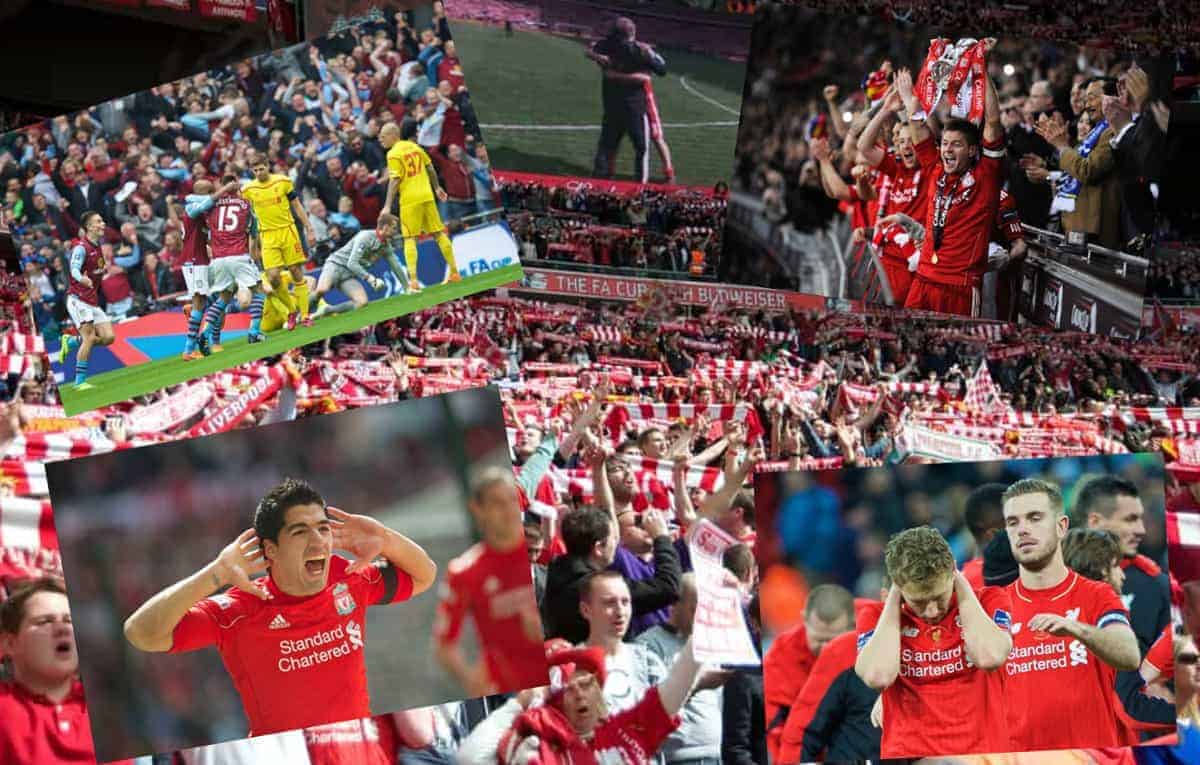 Liverpool have not fared well at the new Wembley since it opened a decade ago, but will that change against Tottenham on Sunday afternoon?

Spurs are spending 2017/18 at the national stadium, as work on their impressive new ground works towards completion for next season.

The Reds head to north-west London this weekend searching for a season-building victory, and confidence should be high after Tuesday’s 7-0 win away to Maribor in the Champions League.

The old Wembley, where Didi Hamann scored the final ever goal – for Germany against England in 2000 – was a happy hunting ground for Liverpool.

The Reds enjoyed many successes there, including two FA Cup finals wins over Everton in the 1980s, and four League Cup triumphs in a row in the same decade.

Although Liverpool’s last visit before its destruction was the ill-fated 1996 FA Cup final defeat to Man United, they won 16 of their 25 trips there.

Unfortunately, since Wembley reopened its doors in 2007, the Reds have really struggled – only winning one competitive fixture in 90 minutes out of their five attempts.

Almost six years on, this is depressingly the last time Liverpool won a trophy. In truth, it was not a performance that will long in the memory.

Kenny Dalglish‘s side should have breezed past a Cardiff City side playing in the Championship, but in true Reds fashion, they did things the hard way.

Charlie Adam’s horrendous spot-kick is likely to still be travelling through the air, but fortunately it didn’t matter, as Gerrard’s cousin Anthony missed the decisive penalty.

Andy Carroll may have been a disaster of a signing, but he should be bought a beer forever by Liverpool supporters after his late heroics against “The Ev” in 2012.

In true Everton style they bottled it, though, and Luis Suarez’s beautiful, outside-of-the-foot equaliser restored parity.

The stage was set for Carroll to write his name into Liverpool folklore, heading home late in the day to score comfortably his biggest goal for the club.

Anyone putting him in a ‘Worst Ever Reds XI’ needs their head testing, simply because of this moment alone. This is where the bad run started.

After the joy of downing Everton, we were then made to sit through an insipid Reds performance against their 21st century nemesis Chelsea.

The Londoners were more ruthless on the day, and Ramires’ opener highlighted the sharp decline of Pepe Reina, who has now decided he wants to be a great goalkeeper again at Napoli.

Didier Drogba scoring against Liverpool was a given in those days, and his clinical effort gave us all that horrible sinking feeling that occurs when a big goal goes in against the Reds.

Carroll did his best to make himself a hero once more, pulling a goal back, before Petr Cech then made an astonishing save to keep out the striker’s bullet header.

He would have reached a Dalglish level of status if that had found the net! Few performances have left Liverpool fans as enraged as this one, and it was a moment you knew Brendan Rodgers’ reign at Anfield was nearing its conclusion.

The Merseysiders were strong favourites to defeat a very limited Aston Villa outfit, and book a place in the FA Cup final against Arsenal in the process.

Instead, we had to sit through a gutless showing, and one that saw Rodgers change the formation approximately 55 times in the 90 minutes.

Philippe Coutinho actually put the Reds in front, but Christian Benteke and Fabian Delph turned the game on its head.

There was no response from Liverpool, and Dejan Lovren‘s ridiculous last-gasp shot from 35 yards summed up a grim afternoon. One day, the balls from his strike and Adam’s penalty will collide in the air. Jurgen Klopp became Liverpool manager in October 2015, and within four months of arriving, he had inspired his side to the League Cup final.

Again, the display was way below-par at the new Wembley, however, and Simon Mignolet‘s attempt to keep out Fernandinho’s opener was almost as bad as Reina three years earlier.

The Reds never deserved anything from the game, but when Coutinho struck late in the day, you wondered if their name was on the cup.

This time penalties didn’t go their way, though, with Coutinho, Lucas Leiva and Adam Lallana all failing to convert from the spot. Willy Caballero was City’s hero, and Klopp’s men were left licking their wounds.

A second-choice goalkeeper having a blinder against Liverpool – surely not? Ok, so this was a relatively meaningless pre-season friendly, but we’re trying to lift the mood ahead of the weekend trip.

Barcelona turned up to Wembley last August with Lionel Messi and Suarez both in the starting lineup, but they were powerless to stop a rampant Reds.

Marko Grujic‘s delightful looping header put the icing on the cake in stoppage time, and we were left dreaming about a possible title challenge.

It’s just one competitive win inside 90 minutes at the new Wembley – oh how we miss the Millennium Stadium!