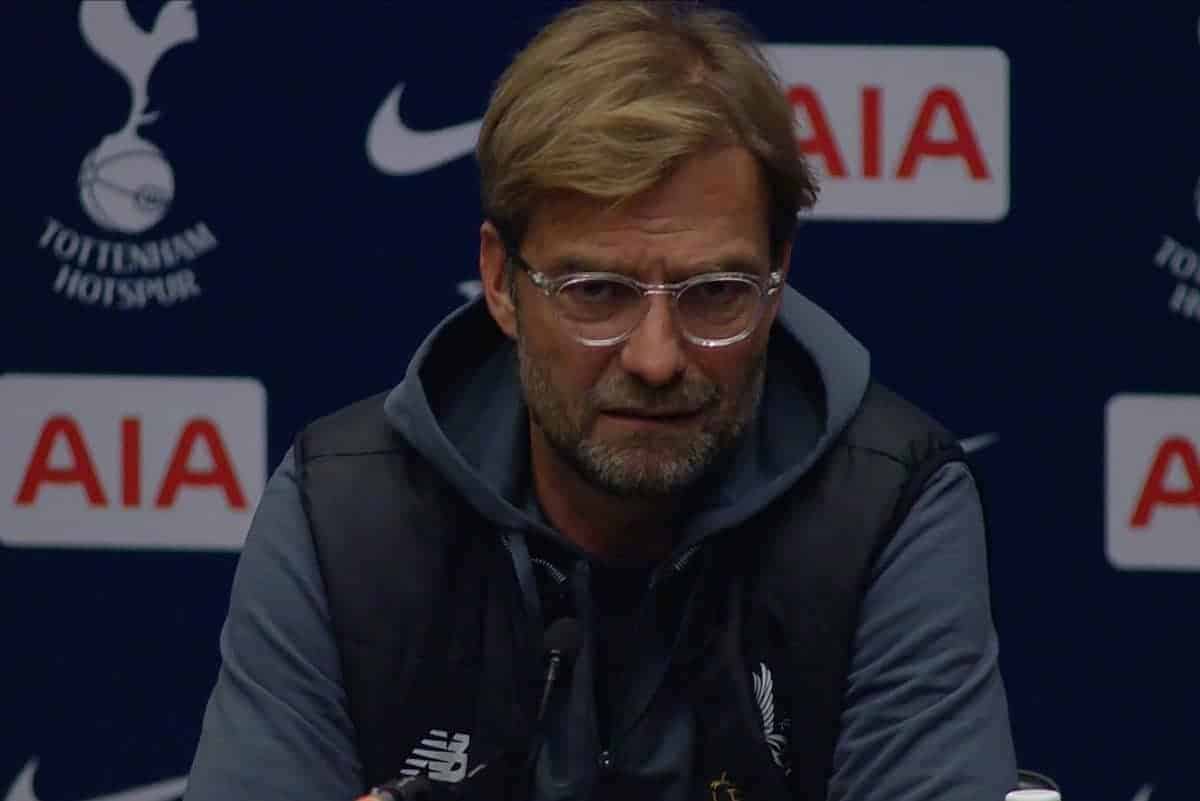 Jurgen Klopp struggled to explain his side’s performance after Liverpool fell to a 4-1 defeat away to Tottenham in the Premier League on Sunday.

A lifeless defensive display saw the Reds concede three times in the first half, with Dejan Lovren withdrawn on 31 minutes after two calamitous errors led directly to goals.

Harry Kane and Heung-min Son were the beneficiaries of the Croatian’s ineptitude, and while Mohamed Salah reduced the deficit, Dele Alli restored Spurs’ two-goal lead before the break.

Without Lovren, Liverpool were still abject, and it fell to Kane to put the icing on the cake for the hosts, consigning Klopp’s side to their second top-four humiliation of the season.

Speaking to reporters after the game at Wembley, Klopp failed to find any positives, saying: “It’s our responsibility, what you saw.”

“I don’t want to say anything positive about us today. Whatever you say about us today in a negative way, you are right,” he added.

On Lovren’s withdrawal, the German insisted the centre-back was not injured, but said “I really don’t want to blame players. Dejan was not [any] worse than Joel [Matip].”

And Klopp confirmed he will turn to the training ground in order to solve his side’s issues, with a potential opportunity coming for Joe Gomez.

“Sometimes the most obvious mistakes are the easiest to fix. Now we have to prove that we will fix it,” he said.

“We have to prove that we are better defenders than we showed today. The only way to fix it is to stay strong and work on it.”

Liverpool’s next game comes against David Wagner’s Huddersfield Town, with Klopp’s close friend overseeing a strong start to the season, conceding six fewer than the Reds and winning 2-1 at home to Man United on Saturday.