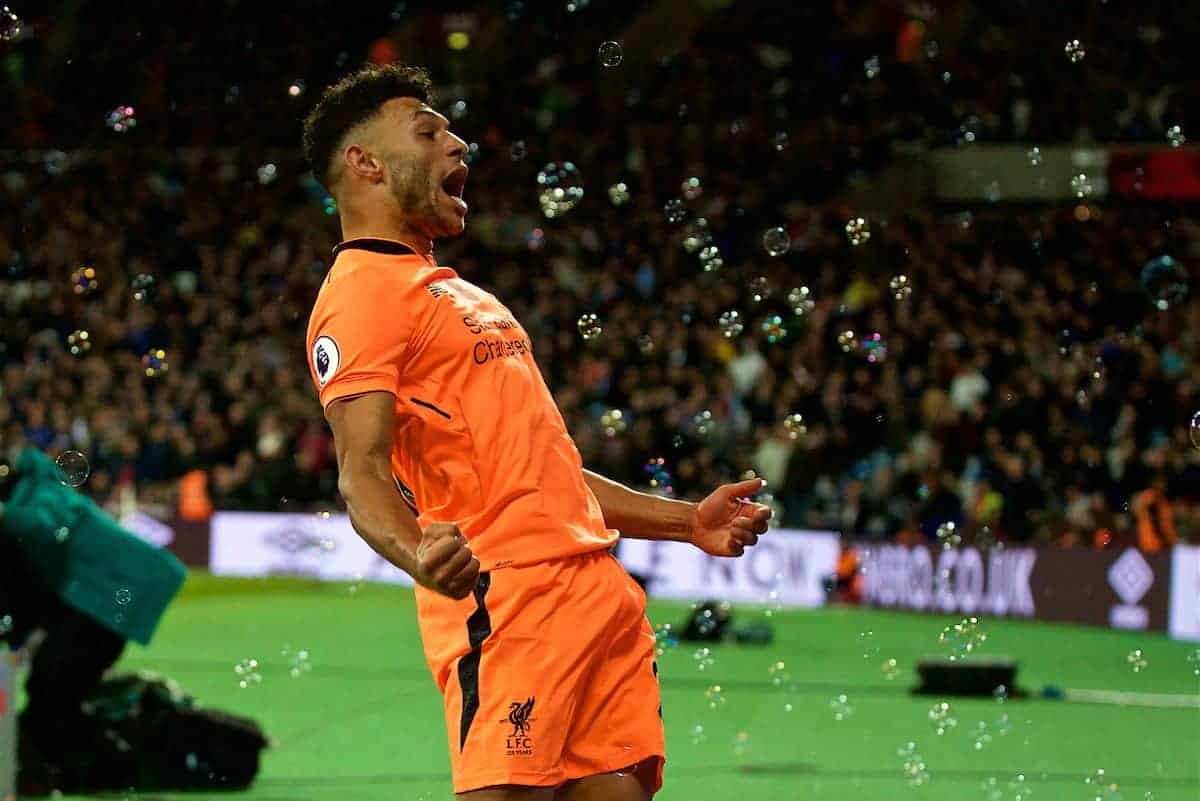 Liverpool capped of an excellent week with a third straight victory, cruising to a 4-1 win against West Ham in the Premier League on Saturday.

Having responded to a humbling defeat at Tottenham with back-to-back wins, Jurgen Klopp’s side arrived at the London Stadium looking for a third in a row to continue the positive upturn in form.

And a brace from Mohamed Salah, combined with Joel Matip and Alex Oxlade-Chamberlain strikes, ensured Manuel Lanzini’s effort counted for nothing and another vital three points were secured.

There was a minute of silence before the game, with the London Stadium uniting to remember those who have made the ultimate sacrifice. Klopp named an exciting, ultra-attacking lineup at the London Stadium, which saw Oxlade-Chamberlain keep his place to make his first Premier League start and Sadio Mane make a surprise return. Liverpool started slowly but exploded into life with two goals in just two minutes and 37 seconds of play—the first coming through Salah, who finished off a devastating counter-attack.

The lead was doubled almost instantly through Matip, who pounced to convert a loose ball from close range, handing the Reds a commanding 2-0 lead at the break. Lanzini pulled one back for the Hammers, but just 57 seconds later—with West Ham‘s celebratory bubbles still blowing—the impressive Oxlade-Chamberlain followed up for his first Reds’ Premier League goal to restore the two-goal lead. With Klopp’s men now firmly in control, the excellent Salah grabbed his second of the game after good play from Mane to complete the scoring and seal a brilliant victory. It was an excellent win and one which certainly pleased Klopp, with the Reds moving into a much healthier position in the table and retaining valuable momentum ahead of the international break.

International football now rudely intervenes just as the Reds rediscover positive form, meaning it’s two weeks until Liverpool are back in action with Southampton the visitors to Anfield.