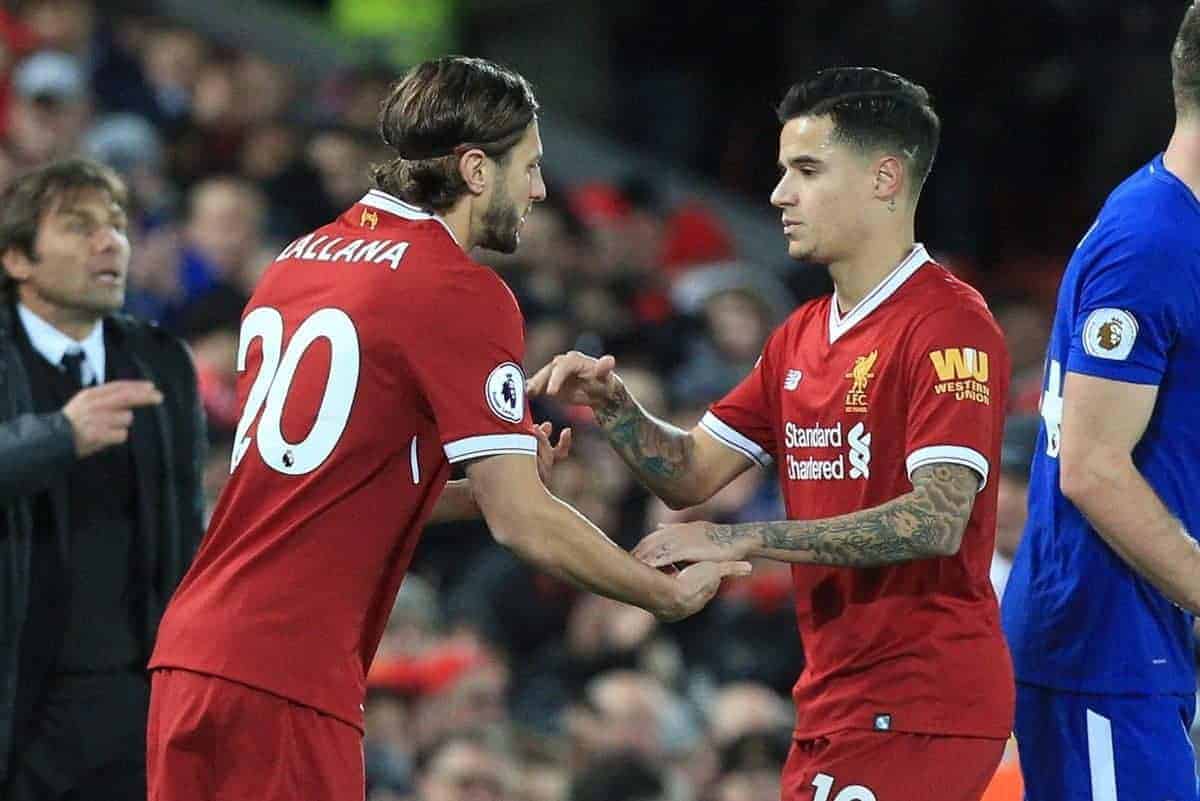 Jurgen Klopp has claimed the late introductions of Adam Lallana and Sadio Mane in Liverpool’s 1-1 draw with Chelsea were out of his hands at Anfield.

The German brought on the ex-Southampton duo with just one minute of normal time left to play, four minutes after Willian had equalised for the visitors.

But Lallana and Mane were both ready to come on before the Brazilian had cancelled out Mohamed Salah‘s second-half strike.

And Klopp has explained how he had looked to change his system by bringing the pair on, but this was delayed by the decision referee Michael Oliver.

“We wanted to change to five at the back and I think that could have helped a lot. That’s where Willian popped up with the goal.

“The lineup of Chelsea obviously was for a nice counter-attacking game. It makes it difficult especially when you see Eden Hazard, difficult to defend alone. That was hard work.

“But we had Mo who scored a fantastic goal. This wasn’t a game you could win three, four or five nil.

“We need luck, I don’t think we had it today too much. [Willian’s] goal was fantastic even if it was probably a cross!

“Chelsea fought hard and deserved the point, but it doesn’t feel perfect at the moment.”

Salah scored his 15th goal of the campaign with an excellent finish beyond the sprawling Thibaut Courtois, and came close to sealing the three points for the Reds.

But while Klopp reserved particular praise for the Egyptian, he attested to the quality of Chelsea and his inability to influence the game from the touchline.

“I love this player. How can we not speak all the time after the game about him?” he added.

“I thought it was a really good team performance in an unbelievably difficult game; Chelsea defending with eight [players] really deep, then the counter-attacking opportunities.

“Kante when he’s running, Hazard, Morata unbelievable. The wing-backs came up a bit.

“We thought it made sense to change the system, but the ref thought to wait a little bit.”

Klopp is right to be optimistic about Liverpool’s performance against a tough Chelsea side, but conceding so late is certainly frustrating.