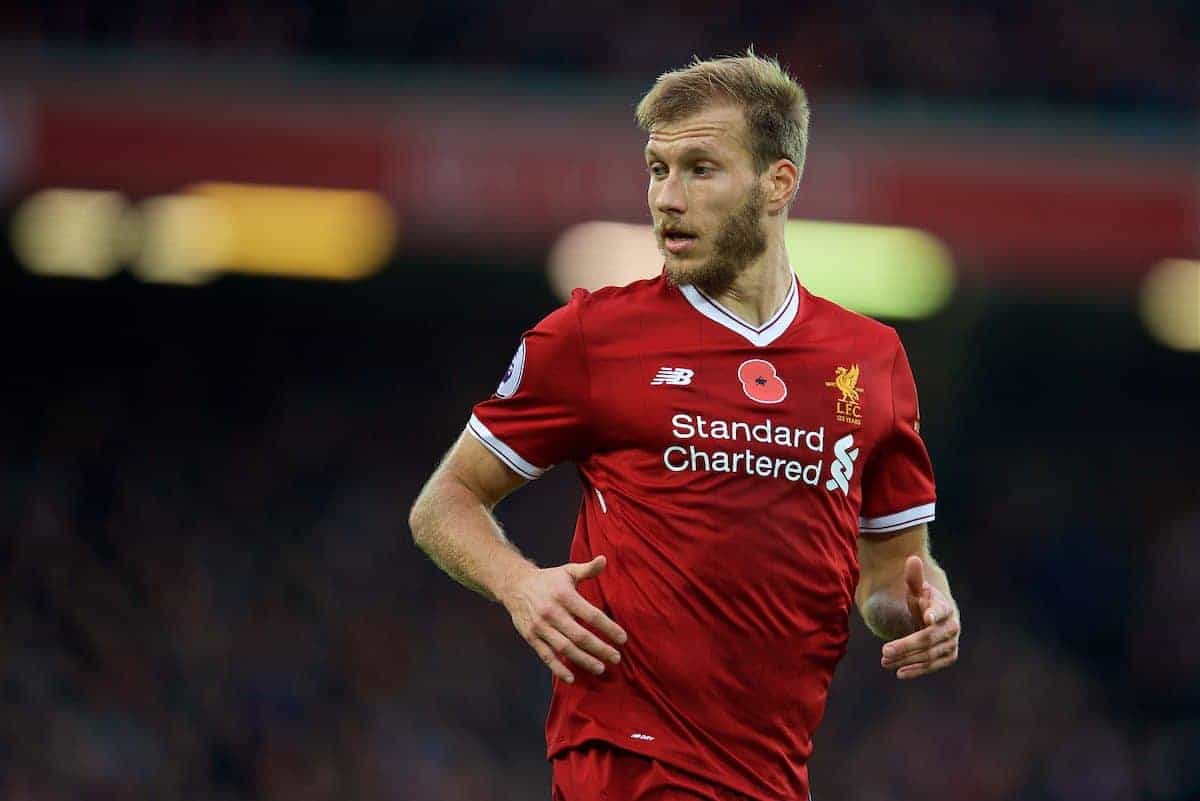 It has been suggested that Dejan Lovren should return for Liverpool’s clash with Southampton, but does Ragnar Klavan deserve to drop out of the side?

Since Lovren’s calamitous performance against Tottenham Hotspur, which saw him replaced 31 minutes into a 4-1 defeat, he’s not been seen in the Liverpool starting lineup.

He dropped out of the match against Huddersfield Town just before kickoff and, in his absence, Klavan and Joel Matip have conceded just the one goal in three matches.

He was on the bench for the win over West Ham and there’s talk he’ll start against his former club Southampton after the international break.

But would the decision to restore the 28-year-old to the starting lineup really be fair?

Of course, life isn’t fair in general and Klavan is by no means perfect; some of his decision-making at times this season has been erratic.

He was easily turned by Ruben Loftus-Cheek in August’s 1-0 win over Crystal Palace, and had Christian Benteke finished off the pullback then Liverpool’s unbeaten start to the season would’ve been over after just the one game.

The Estonian had a game to forget against Man City, just like many of his team-mates on the day.

He was also caught dawdling on the ball against Huddersfield in a dangerous position but fortunately wasn’t punished.

For other teams those errors may be enough to justify Klavan being dropped from the first team, especially if he’s considered to be the backup centre-back to begin with. But Liverpool aren’t blessed with quality in the defensive third.

Yes, they have the ability to keep clean sheets as a defensive unit, something many were quick to mention after the 0-0 draw with Man United.

Lovren and Matip were praised for the way they handled the in-form Romelu Lukaku, but in fairness United offered very little going forward on the day and the centre-back pairing were rarely troubled.

That’s not taking anything away from the Liverpool defenders, they had to keep their concentration throughout to ensure the away side didn’t execute a smash-and-grab win.

However, just over a week after the 0-0 draw with Jose Mourinho’s side, Liverpool travelled to Wembley and Spurs pounced on Lovren’s individual errors to put the Reds to the sword in what was painful viewing.

Spurs attacked from the off but didn’t even have to put the Liverpool back line under intense pressure for them to crumble.

Lovren missed two headers inside of the opening 12 minutes of the match and Spurs benefited from both.

Harry Kane fired home after just four minutes after Lovren watched the ball float over his head and into the path of the electric England frontman.

Eight minutes later the Croatian misread the flight of Hugo Lloris’ throw and Kane effortlessly turned him before racing into the Liverpool half.

He perfectly weighted a pass into the path of Heung-Min Son who passed the ball past Mignolet; 19 minutes on, and Lovren was hooked. Klopp isn’t the sort of manager to blame players in the media but even he couldn’t help himself from mentioning Lovren’s involvement in the goals during his pre-match press conference:

“The first goal was a little throw-in and we are not really there. It was just really bad, bad, bad defending. The second, a counter attack, when the ball passes Lovren it is already too late.

“If I am involved in this situation on the pitch, then Harry cannot get the ball. It wouldn’t happen if I was on the pitch, but I am in the middle of the technical area in trainers.”

Klopp named Lovren in his starting side for the match against Huddersfield but he’s had time to mull it over.

Should the centre-back just waltz back into the team now that he’s returned from injury or should he have to wait for an opportunity?

After all, it’s the latest in a long line of indiscretions by the £20 million signing, and it doesn’t appear as though he’s learning from them.

The break from first-team action may have done him good, and he’s just been awarded the Player of the Month accolade as a goodwill gesture from fans after issues in his personal life.

His confidence should be sky high but a confident Lovren is perhaps more of a hindrance.

Is a Confident Lovren a Liability?

It was a confident Lovren who carried the ball into the West Ham half in the 3-0 loss under Rodgers in 2015 before attempting a stepover and losing possession.

It was a confident Lovren who fired a shot high into the stands from 40 yards out against Aston Villa in stoppage time of an FA Cup semi-final, with the Reds needing a goal to take it into extra-time.

A confident Lovren passed the ball straight to a Hoffenheim player to gift them a goal in the Champions League play-off.

The former Lyon defender was vocal in the press about being determined to improve in the lead up to the missed clearance against Sevilla which resulted in the La Liga side taking the lead at Anfield.

Lovren isn’t lacking confidence every time he picks the ball up in the defensive third and tries to execute a long diagonal pass but it ends up out of touch for a throw-in to the opposition. The Croatian hasn’t ever been a player short on confidence, despite what people claim, and his mistakes can’t, and shouldn’t, be swept under the rug.

On paper Lovren is the superior centre-back when compared to Klavan.

But football isn’t played on paper and the impact an individual has on the team needs to be taken into account.

Matip looks looks more comfortable beside Klavan. Fewer mistakes are made and Liverpool have appeared to be more resilient with the pair starting over recent weeks.

Why break that partnership up and risk a repeat of the Spurs debacle?