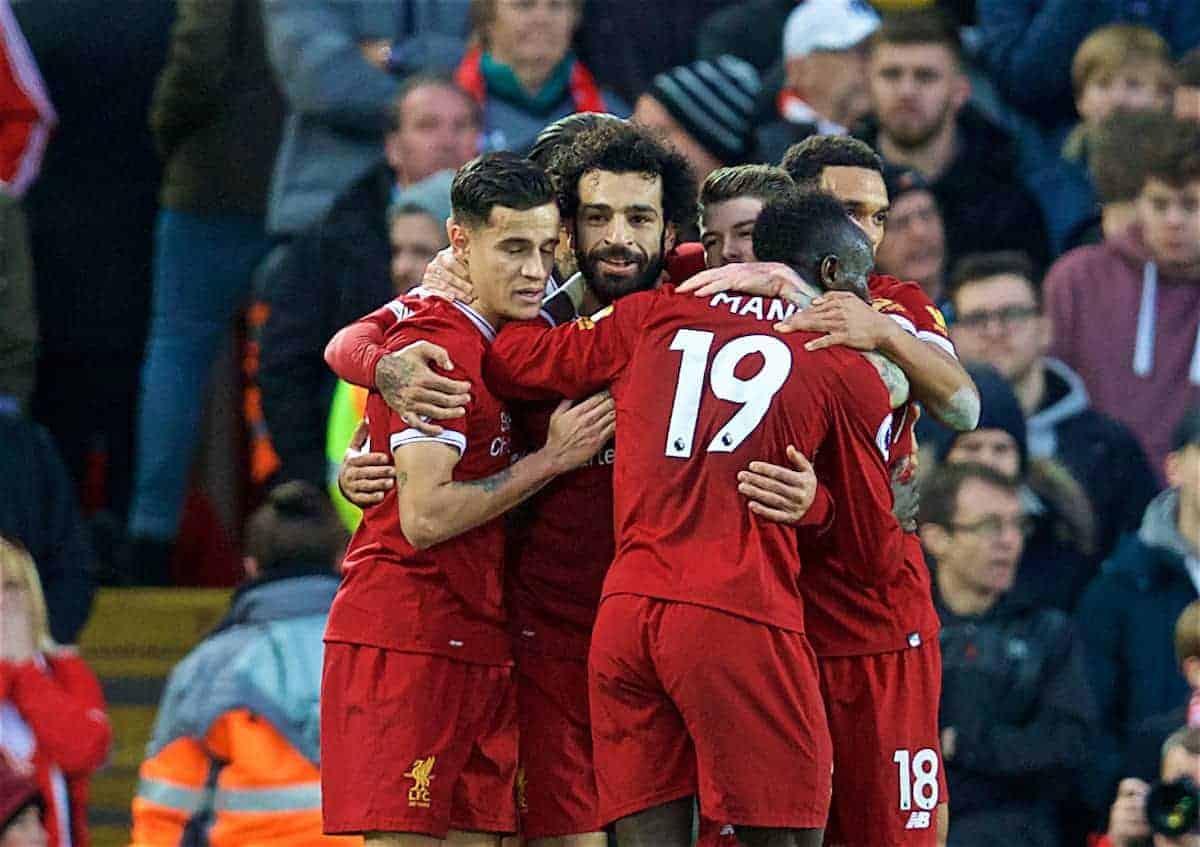 It was the Mohamed Salah show again at Anfield, as Liverpool recorded a fourth consecutive win by a three-goal margin.

After going 428 minutes without scoring against Southampton – after two goalless draws in the league last season and two 1-0 defeats in the League Cup semi-final – Liverpool produced a commanding performance to see off the Saints at Anfield by three goals to nil.

Jurgen Klopp made four changes to the side that beat West Ham last time out; Dejan Lovren replaced Joel Matip in defence, while Trent Alexander-Arnold came in at right-back, with Joe Gomez being rested ahead of games against Sevilla and Chelsea this week.

It was q quiet opening 20 minutes, with Alexander-Arnold almost getting in on goal and Mohamed Salah with a half-chance from a cross.

The opening goal arrived just after the half hour, with Salah curling his 13th goal of the season from the edge of the box after Roberto Firmino had won the ball. Salah’s effort was inch-perfect into the far corner of the Anfield Road End net.

And the Egyptian added a second just before half-time, latching onto Philippe Coutinho‘s through ball and Firmino had moved Virgil van Dijk out of position, allowing Salah to provide a one-touch finish past Fraser Forster. The second half saw Philippe Coutinho add the third, and again Firmino was key to the goal, with his shot being parried by Forster and Coutinho following up from 12 yards out at the Kop end.

Such was the strength of Liverpool’s bench, Klopp could then instantly replace Coutinho with Emre Can. Alex Oxlade-Chamberlain later replaced Sadio Mane, again showing the strength of the Reds’ bench. James Milner replaced Salah for the final 10 minutes, meaning Salah has to wait again to get his first hat-trick for the Reds.

A comfortable win, with plenty of positives; next up Sevilla away and Chelsea at home in the next week.