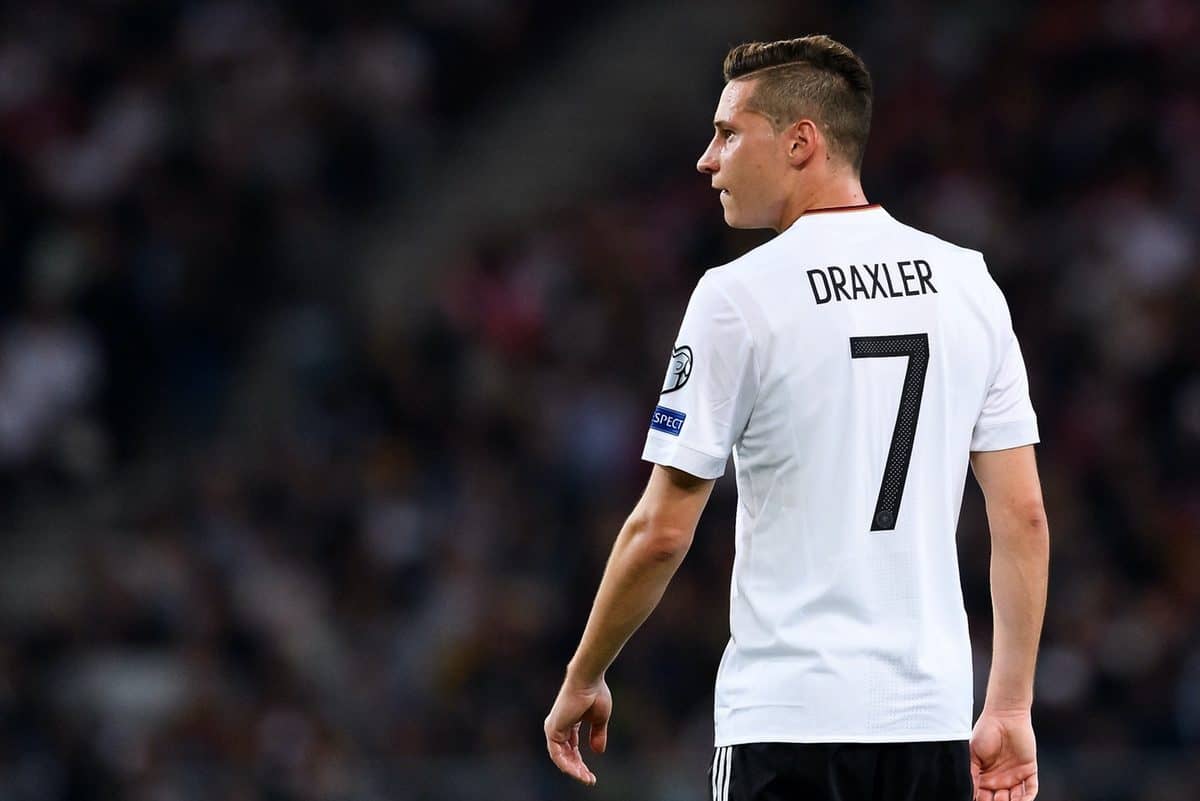 Liverpool are reportedly among a group of clubs to have contacted Paris Saint-Germain regarding a potential January loan deal for Julian Draxler.

The Reds failed in their efforts to sign Draxler at the beginning of 2017, with the Germany international opting to leave VfL Wolfsburg for Paris.

PSG signed him in a deal worth £35.5 million, with the forward signing a four-and-a-half-year deal with the Ligue 1 side.

But 12 months into his spell in the French capital, and Draxler is struggling to carve out a regular role in his natural position, largely owing to the signings of Neymar and Kylian Mbappe.

The 24-year-old has still started nine of his 16 appearances for PSG this season, but most often in a deeper midfield role.

And according to L’Equipe, Liverpool are seeking a temporary move for Draxler, with a view to signing the No. 23 on a permanent deal next summer.

Draxler is seemingly reluctant to leave Paris so soon into his tenure with the club, but a lack of opportunities and the possibility of a star role at Anfield could tempt him.

The arrival of Draxler may facilitate the departure of Philippe Coutinho, with Barcelona expected to return with a new bid for the Brazilian in January.

Draxler is a versatile forward capable of operate on either flank, behind the striker or even as an auxiliary No. 9, and in this sense he would suit Jurgen Klopp‘s system.

His transition into a midfield duty this season could also suggest he would be able to fulfil the deeper, creative output of Coutinho in the Reds’ midfield unit.

But it must still be stressed that this would be an unlikely deal for the upcoming transfer window.

Liverpool held firm despite three big-money offers from Barcelona in the summer, and it seems unfeasible to part ways with Coutinho four months later.

Coutinho has scored five and assisted four in 11 appearances for Liverpool so far this season, with his performances clearly not affected by his failed attempts at forcing through an exit.

The Reds were reported to have pulled out of the race to sign Draxler last January after the ex-Schalke star increased his wage demands during negotiations.

Whether Klopp would be willing to sanction the arrival of his compatriot one year on from this is uncertain.