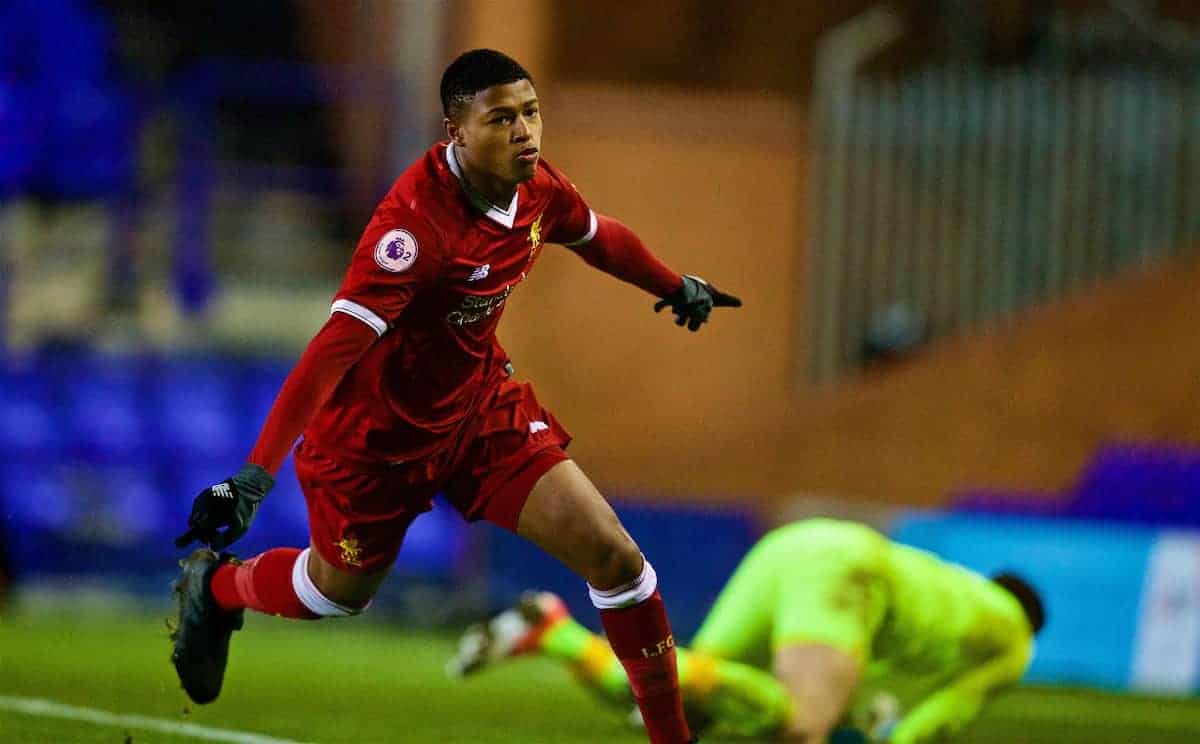 After a 3-0 win for the first-team on Saturday, Liverpool’s Under 23s went one better by beating Everton 4-0 on Saturday night in the mini Merseyside derby.

It was a perfect finish to Saturday at Prenton Park for those who decided to come and cheer Neil Critchley’s side in mini-derby just a few hours after Jurgen Klopp’s side defeated Southampton 3-0 at Anfield.

The crowd watched a dominant and convincing win as the hosts demolished reigning Premier League 2 champions Everton 4-0 after clinical finishing in the final third.

The first half delivered goals scored by Herbie Kane and Corey Whelan, while the second half was even better in terms of the beauty of the other two scored by Rhian Brewster and substitute Yan Dhanda.

But it was Harry Wilson who first had a chance to break the deadlock in the game. Within seven minutes of play the Welshman had a great chance to score, but Louis Gray did his best and stopped Wilson from scoring.

Then Grey was again in the middle of the action as he tackled down Kane who ran to the ball first and was tripped by Gray’s desperate dive. Unfortunately for the crowd, the referee saw no offence and did not award the penalty for the Reds.

Liverpool controlled the game well from the beginning however, Everton had their chances, too. The best one was wasted by Nikola Vlasic who put the ball into the row Z after Corey Whelan blocked Josh Bowler’s effort.

The first goal came just after half an hour of play. Gray made a poor clearance and Kane took the ball 30 yards out. He passed it to Wilson on the right and Liverpool’s number seven back-passed the ball to Kane who hammered it into the net.

The lead was doubled just three minutes later as Wilson’s corner found Whelan who headed the ball past Gray. Whelan could have doubled his tally just before half time, but this time he missed the target. The second half brought the same dominant and controlled play by LFC. It paid off just five minutes after the break as Juanma released Kane on the wing. Kane crossed superbly to Brewster who volleyed the ball straight into the net.

Everton tried to get something from the game, but it was all about Liverpool. Critchley’s players destroyed all the potential danger.

The high pressing paid off again when Ovie Ejaria, whose display was on the highest level on Saturday night, carried the ball to release a substitute Dhanda, who ran past the defender and gave Gray no chance with a low, powerful shot into the far corner ten minutes before full time.

It was yet another great display by LFC U23s who grabbed the local bragging rights but also claimed another three points to extend their lead to five points clear at the top of Premier League 2 table.