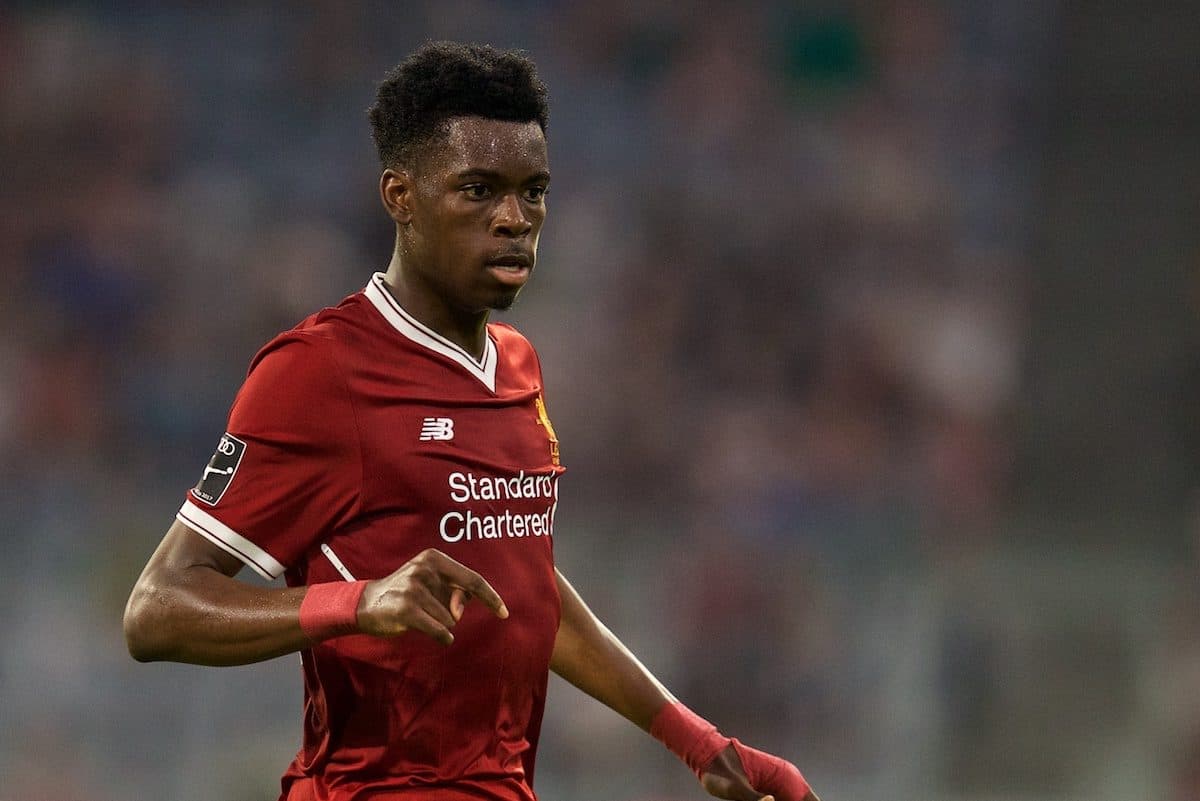 The Reds have made a strong start to the season, losing just once so far in both league and cup competitions.

Newcastle were the visitors in the Premier League International Cup on Friday evening, with Liverpool legend Peter Beardsley in charge of the Magpies.

Neil Critchley made three changes to the side that thrashed Bristol City last weekend, with Conor Masterson, Bobby Adekanye and Rhian Brewster coming into the team.

The trio to make way were Jon Flanagan, Harry Wilson and Danny Ings.

Brewster, still on the crest of a wave after his heroics for England’s World Cup-winning U17 side, nearly opened the scoring with just a minute played.

Having been fed by Ejaria, his stinging shot was saved well by Nathan Harker.

The two were engaging in a one-on-one battle early on, with the Newcastle goalkeeper again thwarting the 17-year-old.

A deflected Adekanye cross almost looped into the Newcastle net, as Liverpool enjoyed the better of the opening 20 minutes. Despite this, it was the Magpies who struck first, with Callum Roberts capitalising on a Virtue error to curl past Caoimhin Kelleher.

Cameron Brannagan forced Harker into a strong stop from distance, but Liverpool didn’t have to wait long for an equaliser, as Virtue atoned for his earlier error to pounce from close range.

Tom Heardman was denied by Kelleher shortly after the restart, and Victor Fernandez missed a sitter with the goal gaping.

Ejaria’s tame strike was kept out by Harker, and at the other end, the dangerous Robert bent a shot narrowly of the post.

Liam Millar made his U23s debut midway through the half, with a rather rusty Brewster the man to be replaced.

Liverpool somehow weren’t ahead soon after, as Adekanye was denied by a last-gasp block from Kyle Cameron.

With 17 minutes remaining, Ejaria put the Reds 2-1 up, following a beautiful piece of footwork and a calm finish into an empty net.

Newcastle threatened to grab an equaliser, and Liverpool continued to attack—but in the end, it was a narrow cup victory for Critchley’s youngsters.

Man of the Match: Ovie Ejaria For much of the night, the 19-year-old looked on a different level to most of those on the pitch, with his technical quality and physical frame standing out.

His winner capped off a very dominant showing, and he will now hope to be given more first-team opportunities. There is a queue that he must join, though.