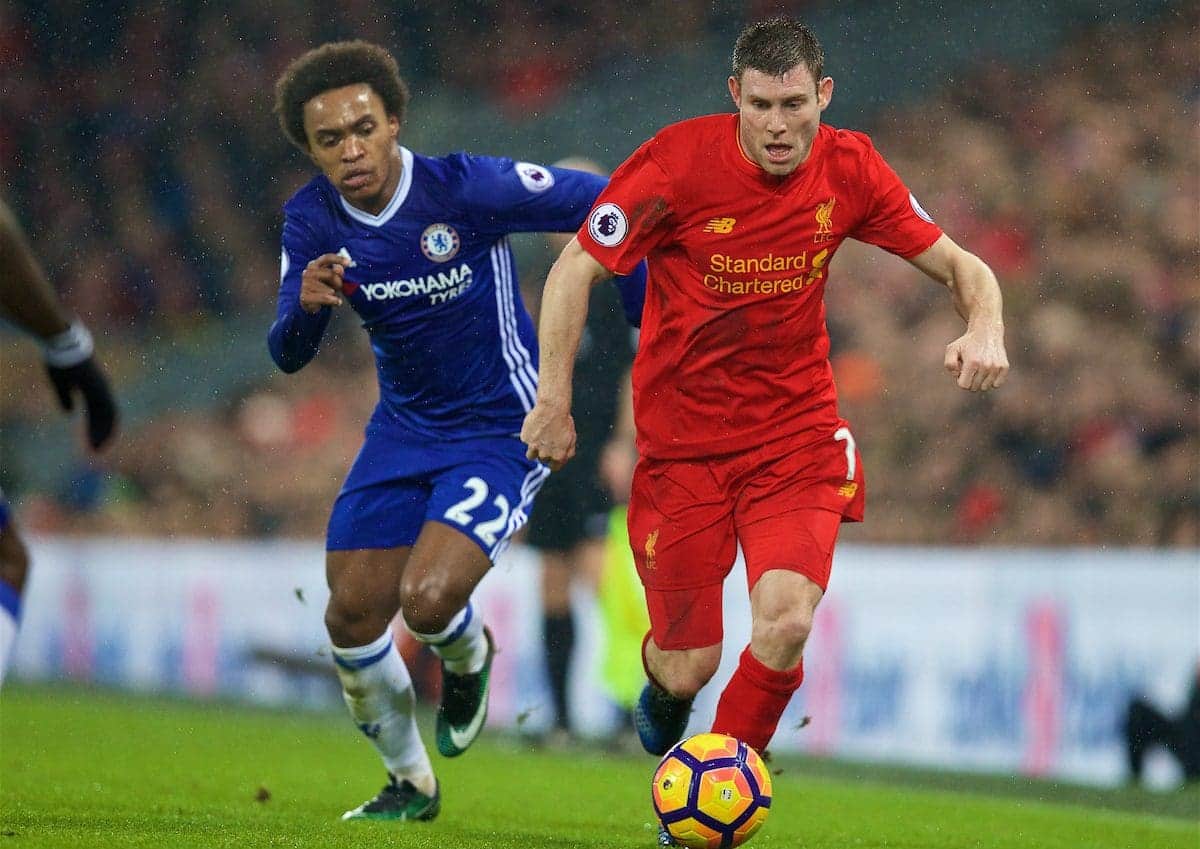 The Premier League action begins on Friday night this weekend, but all eyes will be on Anfield on Saturday night as Chelsea arrive on Merseyside.

Liverpool have found their mojo again in the league and their 3-0 win over Southampton last Saturday was another impressive showing. We’ll forget about Tuesday’s collapse in Seville.

Man City carried on their imperious form with 2-0 victory at Leicester City, while Arsenal got the better of Tottenham in the north London derby.

Crystal Palace and Everton drew at Selhurst Park, and there were wins for Burnley, Watford and Bournemouth.

Here’s a look at the best of the action this weekend, starting with a cracker at Anfield. The matches keep coming thick and fast for Liverpool and Saturday evening sees the Reds take on rivals Chelsea in a huge game on Merseyside.

There wasn’t too much animosity between the pair prior to the mid-2000s, but endless Champions League clashes and feisty Premier League encounters have changed that.

Anfield should be rocking under the lights this weekend and it is likely to be a game that is decided by very fine margins.

Will Chelsea contain Liverpool’s rampant attack? Who will win the midfield battle? How influential will Mohamed Salah and Eden Hazard be for the hosts and the visitors, respectively?

A draw certainly wouldn’t be a disaster for either Klopp or Antonio Conte, but three points would feel really significant ahead of a busy December.

Chelsea haven’t lost at Anfield in their last six visits – let’s hope that changes this weekend.

Man City‘s trip to Leicester looked a possible banana skin last Saturday, but they once again won with ease, albeit after Vincent Kompany should have been sent-off.

Next up for Pep Guardiola’s all-conquering league leaders is Huddersfield Town, who find themselves 10th in the table.

David Wagner’s side will feel they can spring another shock, having dispatched of Man United last month, but this is another challenge altogether.

At the moment, you just don’t see how City are going to lose a game, and they will genuinely be eyeing up an unbeaten league campaign.

The attacking quality in their ranks is ridiculous – even if three or four players don’t perform, somebody bails them out – and you have to applaud their style of football.

All of the other 19 teams would love to see Huddersfield produce the surprise of the season, but you just cannot see it happening, sadly.

Burnley look to prove their credentials against Arsenal At the start of the season, some fans and pundits were understandably tipping Burnley to be in the relegation fight come May.

The Clarets have been a revelation in 2017/18, however, and with 12 matches played, they find themselves level on points with Liverpool and Arsenal, and in seventh place.

Sean Dyche is doing a fantastic job, and while they may not be the easiest team on the eye, they are a horrible side to come up against. On Sunday, Burnley welcome Arsenal to Turf Moor.

The Gunners are predictably unconvincing at the moment, beating Spurs with relative ease last time around, but will they fancy it this weekend?

The north Londoners have been so poor in most of their away games this season – if they underperform against Burnley they will drop points.

Arsene Wenger’s men have just started to show signs of clicking, though, and their quality may just shine through.

Winnable fixtures for the bottom-three

The league table is beginning to take shape, and it is Crystal Palace (20th), Swansea City (19th) and West Ham (18th) who find themselves in the relegation zone.

All three will feel they can be out of it by Sunday night, however.

The Hammers get the weekend started with the visit of Leicester on Friday evening, in what is David Moyes’ first home game in charge. A defeat would be disastrous for the former Everton manager.

Palace host a limp Stoke City side the following day, as the Eagles continue to show signs of improvement, and Swansea are at home to Bournemouth at the same time.

It is too early to start predicting who will go down, but it is fixtures such as these that will help gauge the credentials of the current bottom three.

At least one will win this weekend.