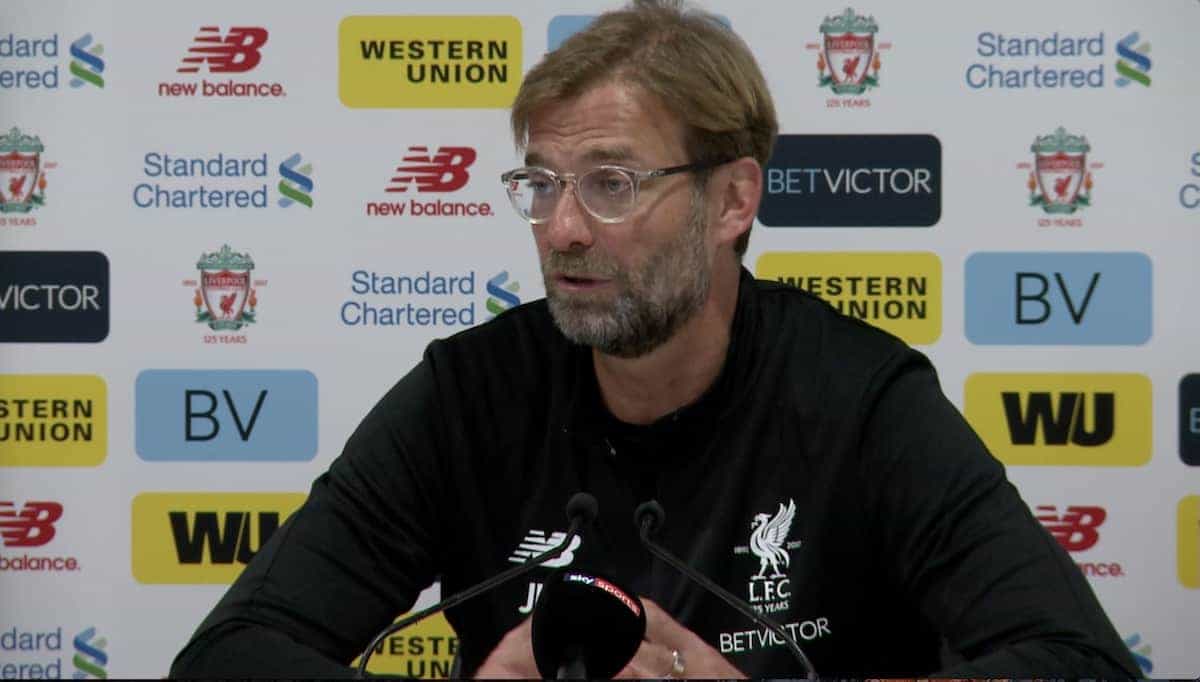 The Reds sailed to another three points as they took on the Saints at Anfield, in their first outing since securing a 4-1 win away to West Ham on November 4.

Klopp made four changes to his side after the international break, and was rewarded with a comfortable performance capped by a brace from Salah and a goal from Philippe Coutinho.

Speaking after the game, the German was in high spirits, lauding his side’s display as an “all around good performance.”

“[Man] City are flying and we can’t change that, but we will keep putting pressure on the others,” he told reporters.

Klopp also discussed Salah’s two-goal outing, saying “it’s a good moment” for the winger, and detailed Matip’s injury problem, describing it as “the smallest strain you can have.”

And the manager revealed that Alberto Moreno‘s wife gave birth on Saturday morning, adding: “Alberto Jr., he was in the hotel, sorry!”

Liverpool are next in action away to Sevilla in the Champions League on Tuesday night, as they look to build on their latest win and secure progress to the last 16.