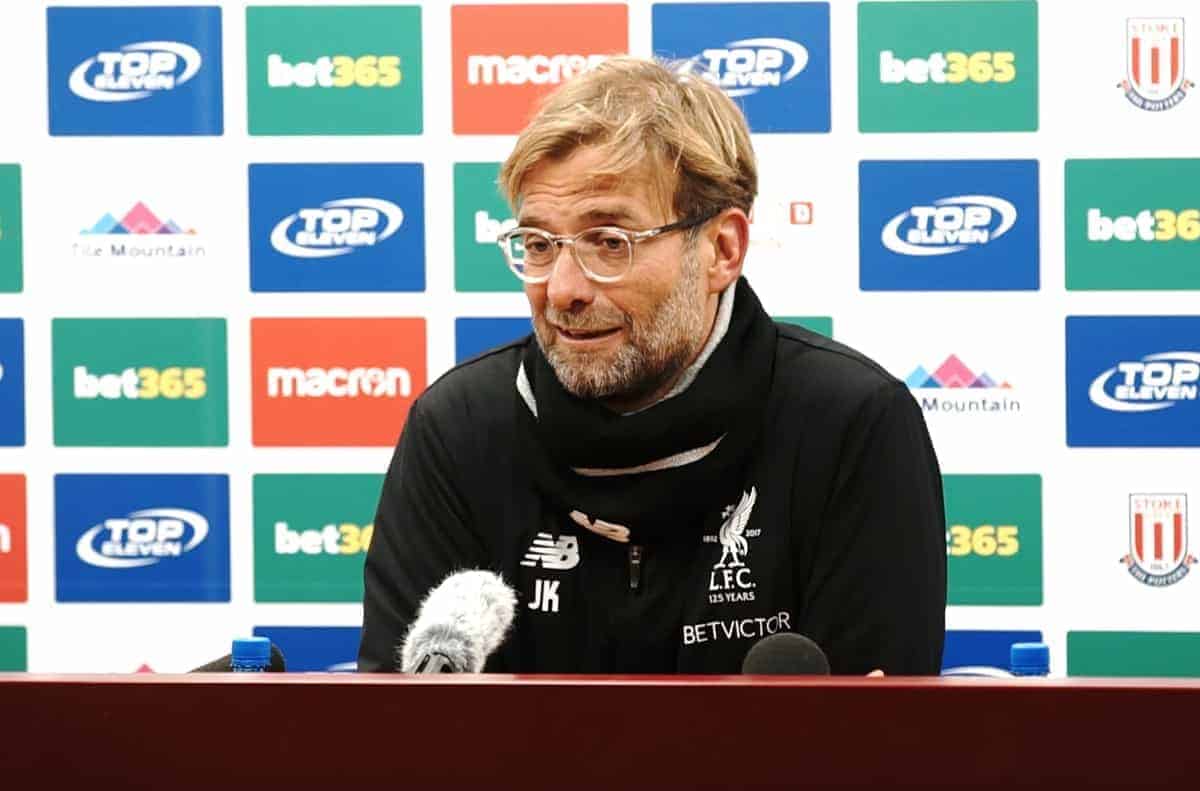 The Reds secured a vital win at the bet365 Stadium in midweek, with a Sadio Mane goal and a brace from Mohamed Salah ensuring a comfortable evening in Staffordshire.

Having gone unbeaten for six games prior to their trip down the M6, Liverpool were eager to add to their promising run with three points against Mark Hughes’ Potters.

And they did just that, with Klopp praising his side’s fighting spirit as he spoke to reporters after the game.

“It was hard work, but that’s how football should be—especially when you go to places like Stoke, so it was no surprise,” he said.

“I think we could have made it a little bit easier for ourselves in the first half if we’d used the two fantastic chances we had.

“In the end, it was well deserved but it was hard work. That’s how it is and no problem with that.”

Klopp also discussed Mane finding rhythm after a stop-start season, saying “he needs a little bit of time, but that’s no problem.”

Liverpool are next in action away to Brighton in Saturday’s 3pm kickoff (GMT), and after their triumph at Stoke, they will be confident heading to Falmer.