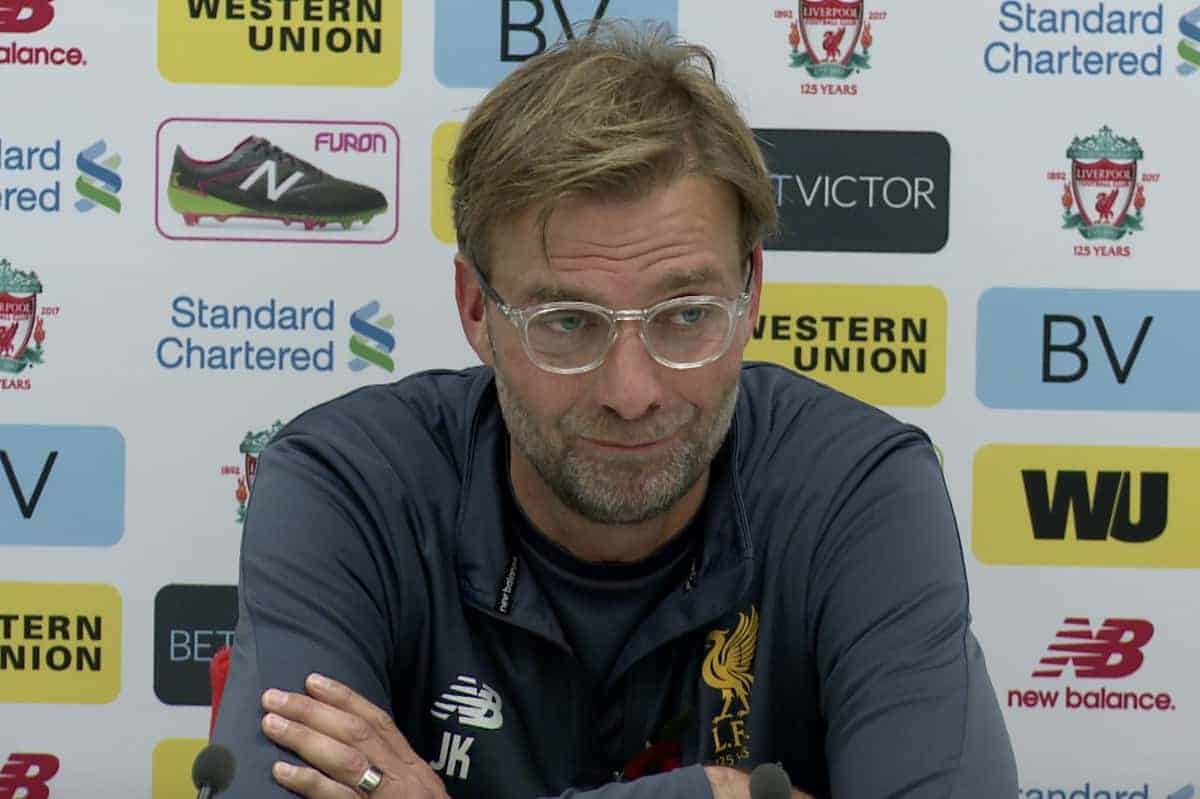 Watch Jurgen Klopp’s press conference ahead of West Ham vs. Liverpool, as the manager discusses the Hammers’ form, Emre Can‘s future and more.

The Reds make their second trip to the London Stadium on Saturday evening, taking on Slaven Bilic’s under-fire Hammers as they look to build momentum after recent victories.

Last season’s clash in Stratford saw Liverpool run out 4-0 winners, with Philippe Coutinho and Daniel Sturridge shining as Klopp oversaw an excellent end to the campaign.

The German will be hoping for a similarly strong display this weekend, following 3-0 wins over Huddersfield Town and Maribor in the past seven days.

Speaking at Melwood on Friday afternoon, Klopp discussed the Hammers’ disappointing start to the season, insisting “we respect them a lot.”

“I’m not sure if they’re really struggling. They had good results, [and were] really good against Tottenham,” he added.

“We respect them a lot, so we know who we’ll face. The analysis was about the last three or four games, so they were really good.”

Klopp also provided a fitness update ahead of the November international break, with Philippe Coutinho set to miss out on Saturday.

However, Dejan Lovren, Georginio Wijnaldum and Sadio Mane could feature, with the latter making his return to training on Thursday.

And the 50-year-old was questioned on Nathaniel Clyne‘s long-term absence, saying “[it’s] not that good,” while he remained calm over speculation of a free transfer for Emre Can.

Liverpool head into the weekend sixth in the Premier League, three points behind Arsenal and Chelsea, and Klopp will be eager for another positive result against West Ham to close the gap.