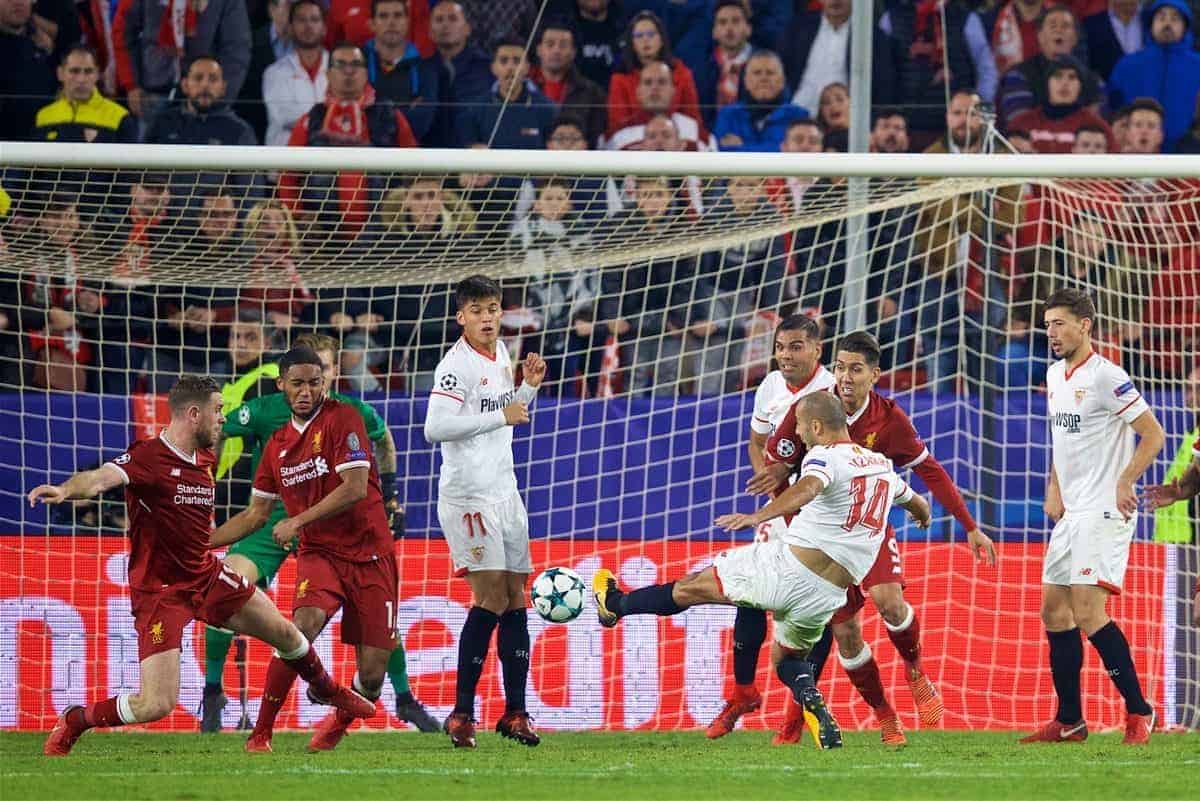 Liverpool saw their blistering first-half display undermined by a shocking second as Sevilla fought back for a 3-3 Champions League draw on Tuesday.

The Reds took to the Estadio Ramon Sanchez Pizjuan safe in the knowledge that a victory over the Liga outfit would secure top spot in Group E.

Jurgen Klopp‘s cause was boosted significantly as Roberto Firmino hit the back of the net following a Philippe Coutinho corner after just two minutes.

And Sadio Mane made it 2-0 with a carbon copy of the Brazilian’s goal 20 minutes later, before the two combined for Firmino’s second on the half-hour mark.

This saw the Reds head into half-time with a commanding lead, and one foot in the last 16 of Europe’s top-tier tournament.

But a much different Liverpool side headed out of the tunnel after the break, with Alberto Moreno‘s pair of errors handing his former club a route back into the game.

The first saw Wissam Ben Yedder head home Ever Banega’s free-kick, before the Frenchman stepped up to fire a penalty beyond Loris Karius to make it 3-2.

Liverpool looked to hold on as Klopp made a series of changes in an effort to shore things up.

But with Sevilla winning a corner late on, the loose ball fell to Guido Pizarro, with the Argentine midfielder smashing home to seal a remarkable draw.

The Reds now need at least a point from their final group game at home to Spartak Moscow on December 6 in order to reach the next stage.

Next up, however, is a difficult Premier League clash against Chelsea at Anfield, with Klopp needing his side to bounce back quickly on Saturday evening.