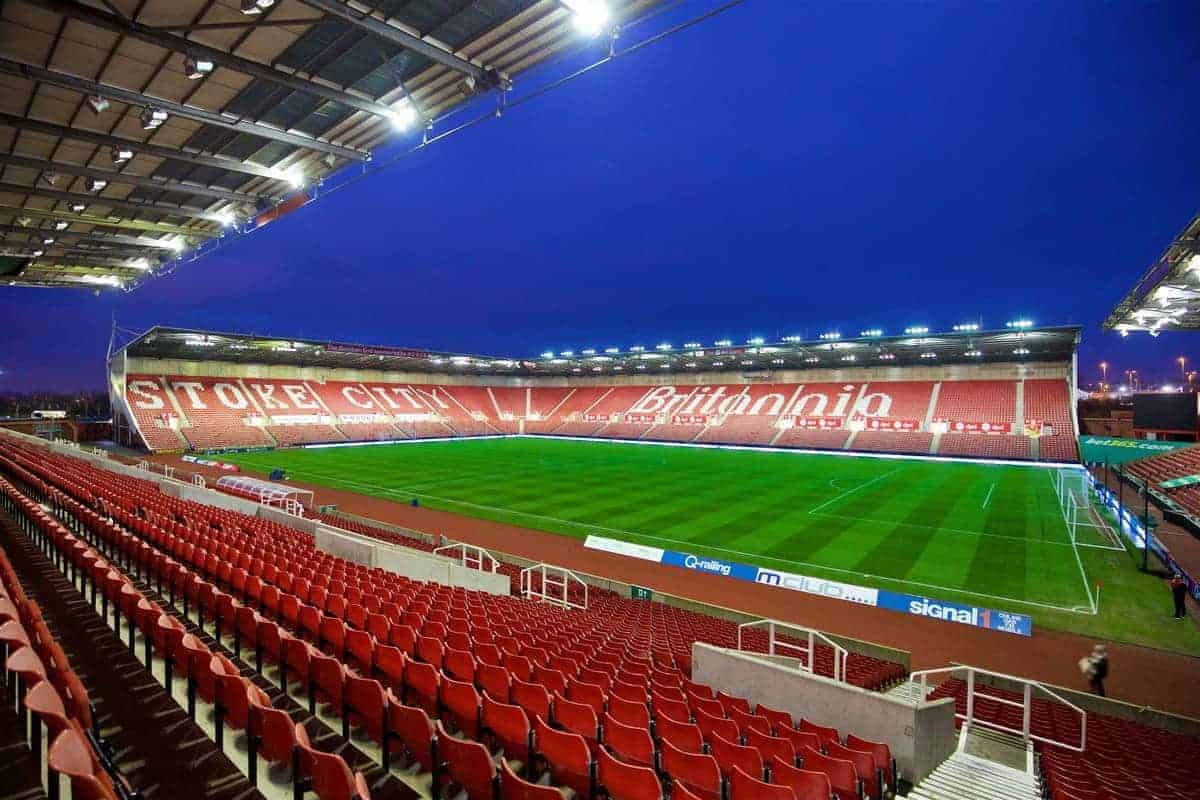 Here’s how to watch Stoke City vs. Liverpool in the Premier League on Wednesday night (8pm GMT), live online and on TV around the world.

Four days after their 1-1 draw at home to Chelsea, the Reds make the trip to the Britannia Stadium for their fourth in a run of 13 games in 45 days.

Unbeaten in their last six games, including four victories, Jurgen Klopp‘s side can take on the Potters with confidence, despite back-to-back draws in league and Europe.

Stoke suffered a late defeat away to Crystal Palace on Saturday afternoon, with Mamadou Sakho turning the ball home in stoppage time, and this will be a blow to their hopes.

The home side have won just twice in their last 10 games in all competitions, with the form charts certainly favouring Liverpool.

Three points are paramount, but can Klopp’s Reds follow the script and produce a comfortable midweek victory?

Check This Is Anfield for the team news ahead of the Reds’ latest clash.

Stoke City vs. Liverpool is not on TV for UK viewers, but This Is Anfield will have full coverage of the clash and live updates throughout the night.

Stoke City vs. Liverpool is being shown live on NBC Sports Gold in the US, which is available to live stream here. Keep an eye on This Is Anfield for live coverage throughout the night.