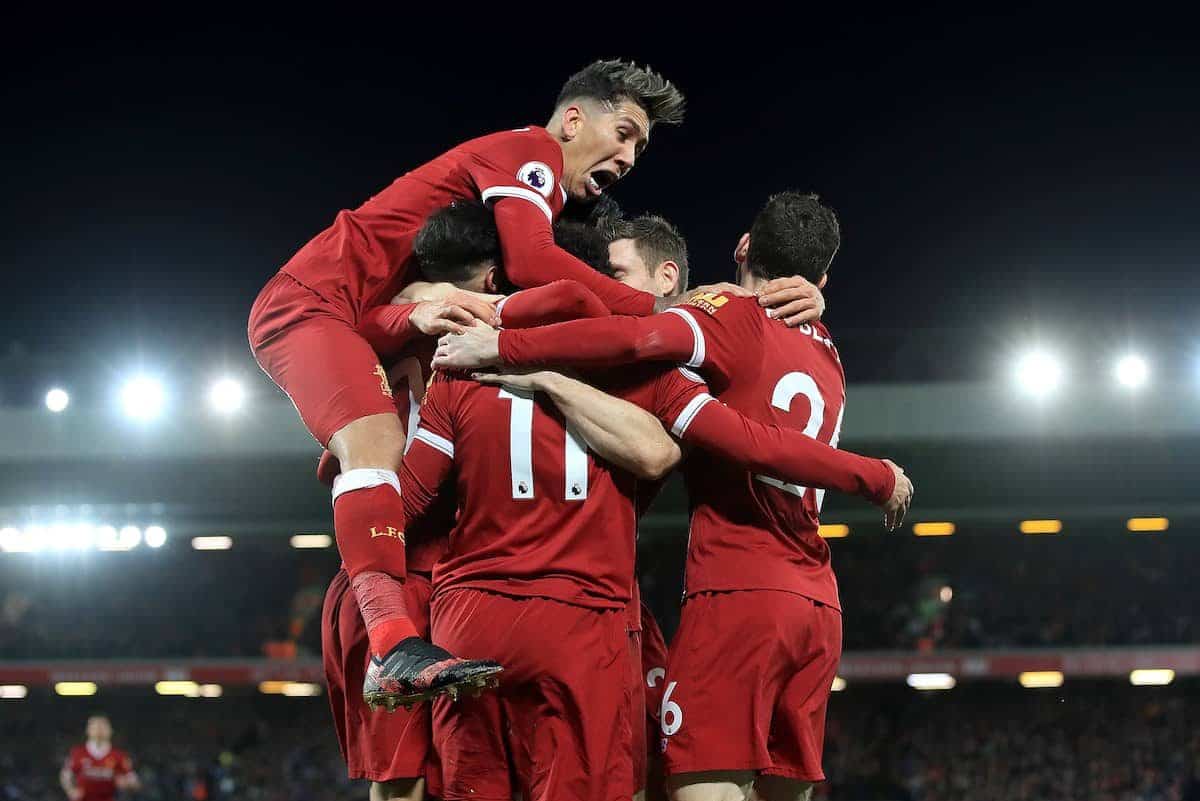 Liverpool got the better of Leicester City on Saturday, with Mohamed Salah‘s brilliant double earning the Reds a 2-1 win at Anfield.

Jurgen Klopp‘s side dispatched of Swansea City 5-0 on Boxing Day, but the visit of Leicester was a far more testing fixture for the hosts.

The former Premier League champions have looked reborn under Claude Puel, and Liverpool would have to play well to beat them.

New club record signing Virgil van Dijk was present at Anfield, and the Dutchman could only look on as Jamie Vardy fired the Foxes into a very early lead. Loris Karius, brought in for Simon Mignolet, could do very little about it. Salah was a menace from the off, but two guilt-edged chances did come his way, with both efforts missing the target. The world-class Egyptian made amends after the break, however, as he buried a strike into the Kop net to restore parity.

He then made it 2-1 with 18 minutes remaining, sending Klopp, the players and the Anfield crowd wild in the process. The final whistle blew amid great joy, as the Reds picked up three huge points in their question for a top-four finish. Klopp was delighted with the victory. Next up for Liverpool is a tough trip to Burnley on New Year’s Day.