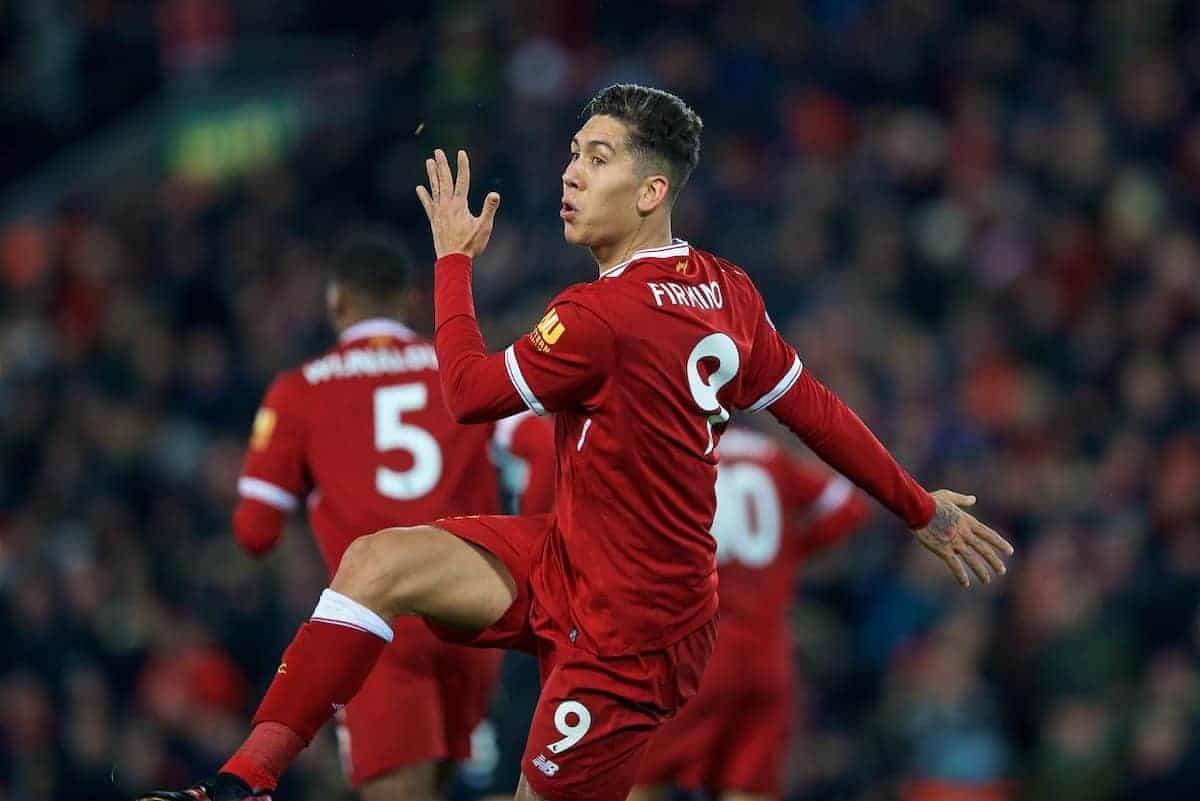 Jurgen Klopp has insisted he is not interested in how many goals Liverpool striker Roberto Firmino scores, after his latest brace at Anfield.

The Brazilian was in fine form as the Reds bulldozed Swansea City on their way to a 5-0 win on Tuesday evening, notching twice in the second half.

Firmino could have netted a hat-trick, with another effort squeezing just wide of Lukasz Fabianski’s post, but nevertheless he played a pivotal role in a vital victory.

This double brought Firmino’s tally for the season to 16 goals in 27 appearances, while he has also laid on a further seven assists.

But though his No. 9 has already comfortably surpassed his output in front of goal in both of his previous seasons on Merseyside, Klopp is more focused on his all-round contribution.

“Roberto, I appreciate always his effort and his performance,” he told reporters after the game.

“That he scores twice, I’m happy about that but I could not say how many goals he has scored so far in the season because I feel he is always involved.

“He is always in and around the really dangerous situations for the opponent.

“First half, he helped left full-back to right full-back, he was everywhere. In the end he scored two goals, so that’s nice.

“I am happy for all of the boys when they score but I couldn’t say how many he has or how many he has. I don’t care, to be honest, it’s not in my interest.” Philippe Coutinho, Trent Alexander-Arnold and Alex Oxlade-Chamberlain were also on the scoresheet in a riotous home win.

While Mohamed Salah cut a frustrated figure when he was brought off on 68 minutes having failed to find the back of the net, Klopp hailed his side’s overwhelming play as motive for this.

“If we play like we play in the good moments then the boys will be in different situations and it’ll be easy to score,” he continued.

“Like the second goal of Roberto. I could have scored in this situation.

“That’s what you have to do, you have to work for that and everybody could see Mo was not the happiest person in the stadium when we took him off.

“But at least I have to stay kind of reasonable or serious or whatever because there’s a lot of games to come.