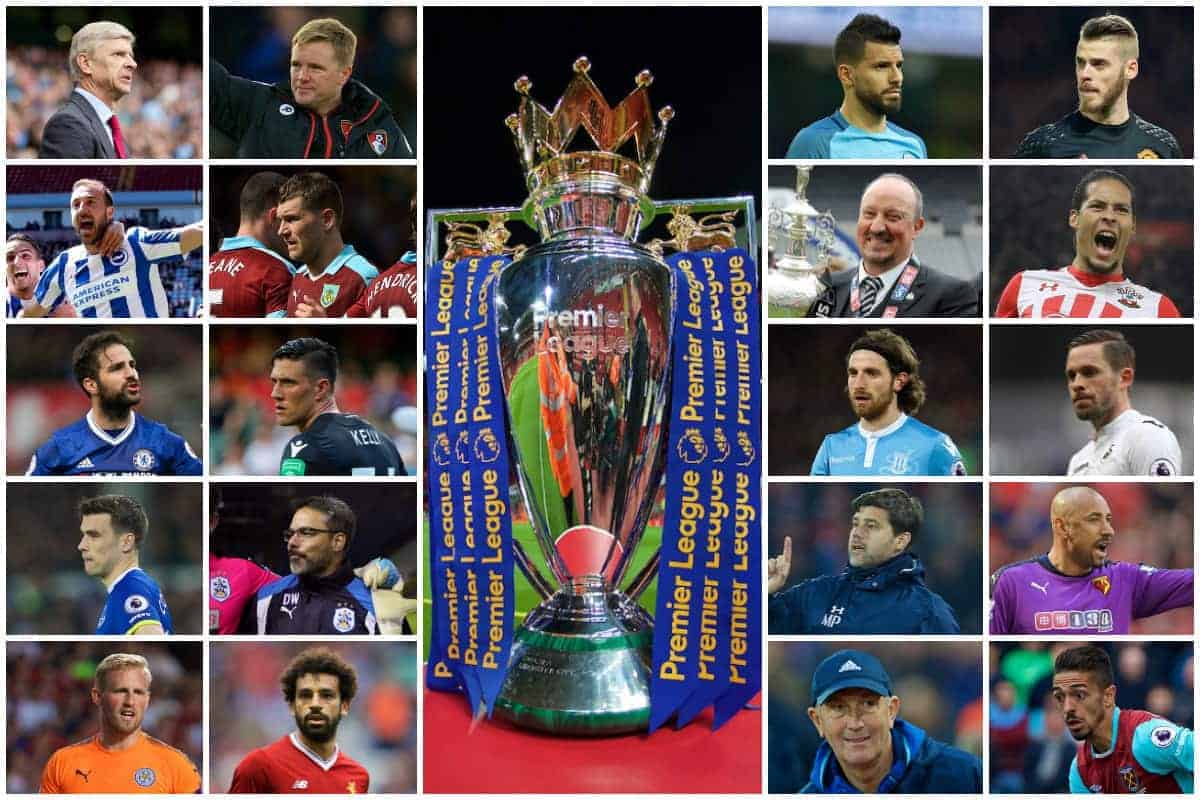 Another fascinating weekend of Premier League fixtures are upon us, as a relentless run of December action gets underway. Here’s what to expect.

Liverpool were left frustrated last weekend, with Willian’s fluky late equaliser earning Chelsea a share of the spoils at Anfield, but they bounced back with a 3-0 win at Stoke City on Wednesday.

Man City still look on an unstoppable march to the title, having seen off both Huddersfield Town and Southampton, and Man United are solid in second place, after successive wins of their own.

Arsenal and Chelsea continue to tick along nicely, but north London rivals Tottenham are on a poor run, and picked up just one point from matches against West Brom and Leicester City.

At the bottom, Crystal Palace are joined by Swansea City and West Ham, but there are a host of clubs sitting nervously ahead of them.

With 10 more matches to look forward to this weekend, here’s the best of the action to keep an eye on, ignoring Liverpool’s trip to Brighton & Hove Albion momentarily.

This should be a lovely Saturday evening fixture to just put your feet up and enjoy, safe in the knowledge that at least one of Liverpool’s rivals will drop points.

Arsenal and United do battle at the Emirates, in what is an extremely difficult game to predict.

The Gunners are doing one of their under-the-radar acts at the moments, quietly racking up points, and the likes of Mesut Ozil and Alexis Sanchez are purring again.

United, meanwhile, earned a 4-2 win at Watford in midweek, and in typical Jose Mourinho fashion continue to reel off victories.

The Portuguese is under huge pressure to deliver away to a fellow top-six side, however, with his teams scoring just once in the last 10 away games against them.

You would say that home advantage makes Arsenal the narrow favourites, but will United finally turn up on their travels in a big match?

A Harrowing Afternoon For David Moyes?

David Moyes has almost become more of a comedy figure than Roy Hodgson since leaving Everton, and his West Ham side are in dire straits at the moment.

The Scot endured a miserable return to Goodison Park on Wednesday evening, as his Hammers outfit were beaten 4-0 by a team under just as much pressure before the game.

Things couldn’t get more difficult this weekend, as West Ham make the daunting trip to the Etihad to take on a Man City side cruising towards the title.

Incredibly, Pep Guardiola’s men have dropped just two points in the Premier League this season, and their current tally of 40 points from 14 matches is the joint-best start ever to an English top-flight campaign.

Things could get ugly for Moyes, against a side full of breathtaking attacking quality—expect a cricket score if City fancy it.

Tottenham Out to Quieten the Doubters

It wasn’t long ago that Spurs were being touted as City’s closest challengers in the title race.

The north Londoners have gone on a wretched run in the league, however, winning just one of their last five matches and losing three of them.

Tuesday’s 2-1 loss at Leicester was the latest off-day for Mauricio Pochettino’s outfit, and with all of their rivals churning out wins of late, they suddenly find themselves in seventh place, behind Burnley.

Saturday’s trip to Watford is a big test of Spurs’ character, and if they’re not careful they could start drifting away from the top four. The gap between them and fourth-placed Arsenal is already four points.

Marco Silva will demand a response from his Watford side, following their defeat to United, so this will be a tricky outing for the visitors.

You wouldn’t put money on them winning. Everton picked up a much-needed win against West Ham on Wednesday, but they are still right in the middle of the relegation fight.

The appointment of Sam Allardyce is an amusing one, considering the names they were linked with—Carlo Ancelotti? Seriously?—but everyone knows his ability to steer teams clear of the drop.

Liverpool’s local rivals host Huddersfield on Saturday afternoon, in what is Allardyce’s first game in charge, and it is a big match for both sides.

Victory for Everton would suggest that they could start climbing towards mid-table in no time, but defeat would suddenly dampen the mood once again.

Huddersfield are wobbling at the moment, after losing five of their last seven in the league, and they need to steady the ship sooner rather than later.

A home win is to be expected, but Everton are more than capable of dropping points.