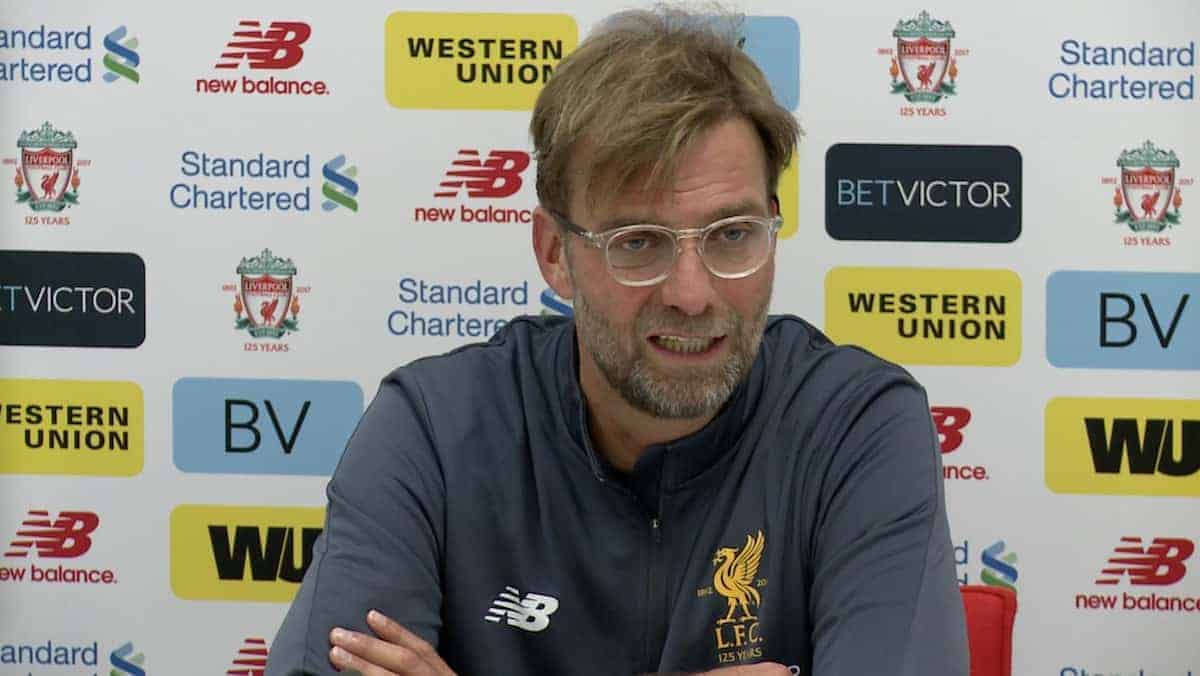 Watch Jurgen Klopp preview Liverpool’s Premier League clash away to Arsenal, as the manager discusses fitness and the Gunners’ style of play.

The Reds make the trip down to the Emirates Stadium for Friday night football as they look to bring Christmas cheer to Merseyside with three points.

On the back of a 12-game unbeaten run, and most recently a convincing 4-0 win away to Bournemouth, Liverpool head to north London in buoyant spirits.

But they take on an Arsenal side who have won three of their last five games, including back-to-back victories over the past week, with the Gunners eager to fight for a top-four spot.

And speaking on Wednesday afternoon, Klopp vowed to respect the opposition, saying “we have to defend them in the best way we can.”

“They are a complete football team, they are able to do everything. They can switch and change styles,” he told reporters.

“Against us [previously] they played a lot of long balls to [Olivier] Giroud, but he can’t play, that will change a few things.

“They are able to create, play football. After last night maybe we know a bit more about the lineup—a lot of good, good footballers on the pitch.

Klopp also provided an update on the fitness of his squad, saying “Joel Matip is a positive. I’m not sure if he’s ready for Arsenal but for the games coming up I’m pretty sure.”

And the German detailed Alex Oxlade-Chamberlain‘s transition since joining from Arsenal, explaining that “since [his first day] he became more and more a Liverpool player.”

Liverpool can widen the gap between them and Arsenal to four points if they come out victorious on Friday, while keeping up the pressure on third-placed Chelsea.

Having not lost to the Gunners in their last five meetings, winning the last three, Klopp’s side can hope for another impressive display.