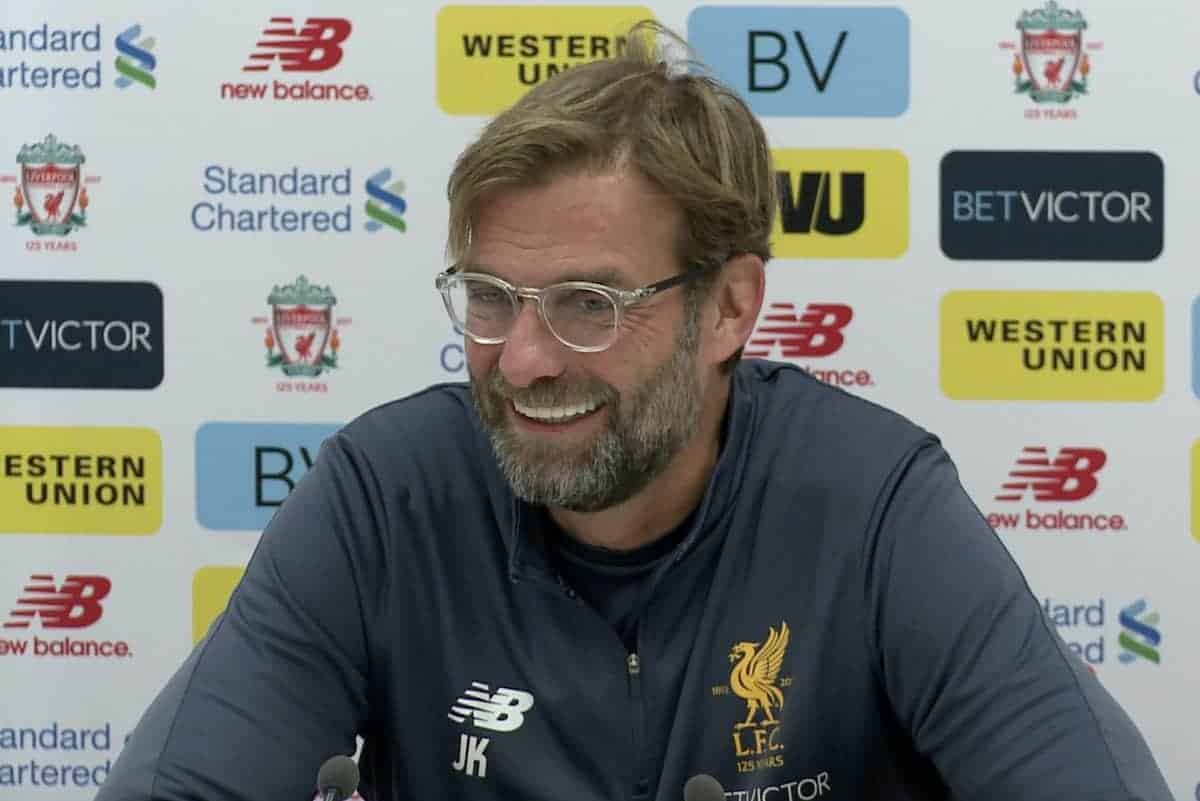 The Reds head to Dean Court having been held to back-to-back draws by ‘lesser’ opponents in Everton and West Brom, with Klopp’s side left reeling.

Their unimaginative display against the Baggies on Wednesday night has left Liverpool needing a major improvement against Bournemouth, who head into the weekend 14th in the table.

Eddie Howe’s Cherries suffered a 1-0 defeat to Man United last time out, but given his side’s own form, Klopp is not taking the result for granted.

Speaking on Friday afternoon, Klopp paid considerable respect to Howe, saying “it will be difficult.”

“I’ve seen a few Bournemouth games this year and they didn’t get the points they deserved. It will be a tough game, for sure,” he explained.

“Usually after 10 minutes teams change against us: we have the ball, we cause them problems and they change at the back.

“But they are a football-playing side. Eddie is a really fantastic manager, so it will be difficult, 100 percent.”

Klopp also vowed to continue rotation, saying “the squad gives us that opportunity,” and provided a fitness update, with Simon Mignolet set to return to the starting lineup.

Liverpool are on an 11-game unbeaten run, but their last two outings have served to stall their momentum—something which Klopp will be desperate to revive in Boscombe.