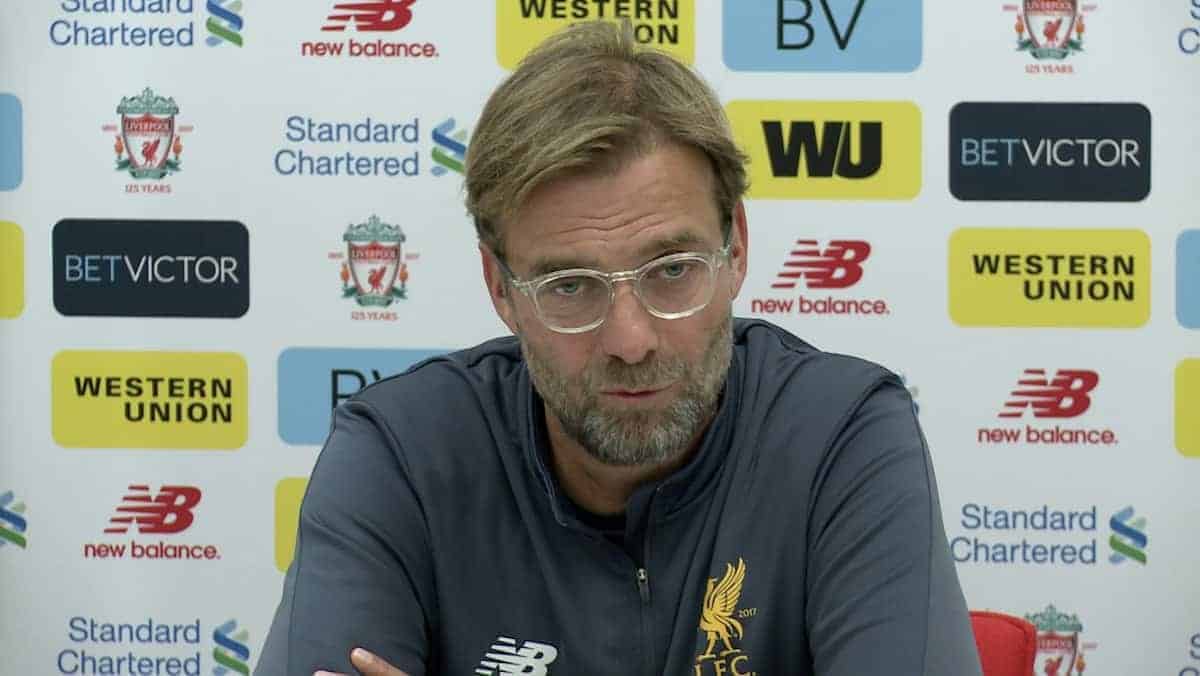 Watch Jurgen Klopp speak ahead of Liverpool’s Premier League clash at Brighton, as he discusses the Seagulls’ form and Mohamed Salah.

The Reds face off against Chris Hughton’s side for the first time since 2012 on Saturday afternoon, on the back of an impressive 3-0 win at Stoke City.

That comfortable victory in midweek will provide Liverpool with a boost in confidence after back-to-back draws with Sevilla and Chelsea.

But speaking at Melwood on Friday afternoon, Klopp stressed that Brighton will not roll over for his top-four hopefuls.

“Brighton is a really strong side, they have all the good things that you have when you get promoted after difficult period the year before,” he told reporters.

“It’s a really strong group of good players, some new signings, a few very important ones like [Pascal] Gross, the German guy from Ingolstadt, a fantastic player.

“Together with the manager obviously it fits really well. They are not a counter-attacking side or a long-ball side only, but they have all this stuff.

“They defend deep and together, they play long balls but they play football as well. It’s a mixup—it was a very interesting analysis!

“They had a few very good results already this season. But we’re in a good moment as well.”

Klopp also provided an update on the fitness of his squad, ruling out both Joel Matip and Adam Lallana, but the German is hopeful Ragnar Klavan has recovered from illness.

He gave his take on Salah’s continued excellent form, urging the Egyptian to maintain consistency over the course of the campaign.

And Klopp went on to discuss Friday afternoon’s World Cup draw, insisting that he is not interested until the tournament proper next summer.

Liverpool are on a seven-game unbeaten run ahead of Saturday’s trip to East Sussex, and kicking off an stretch of eight games in December, Klopp will be desperate for another vital win.