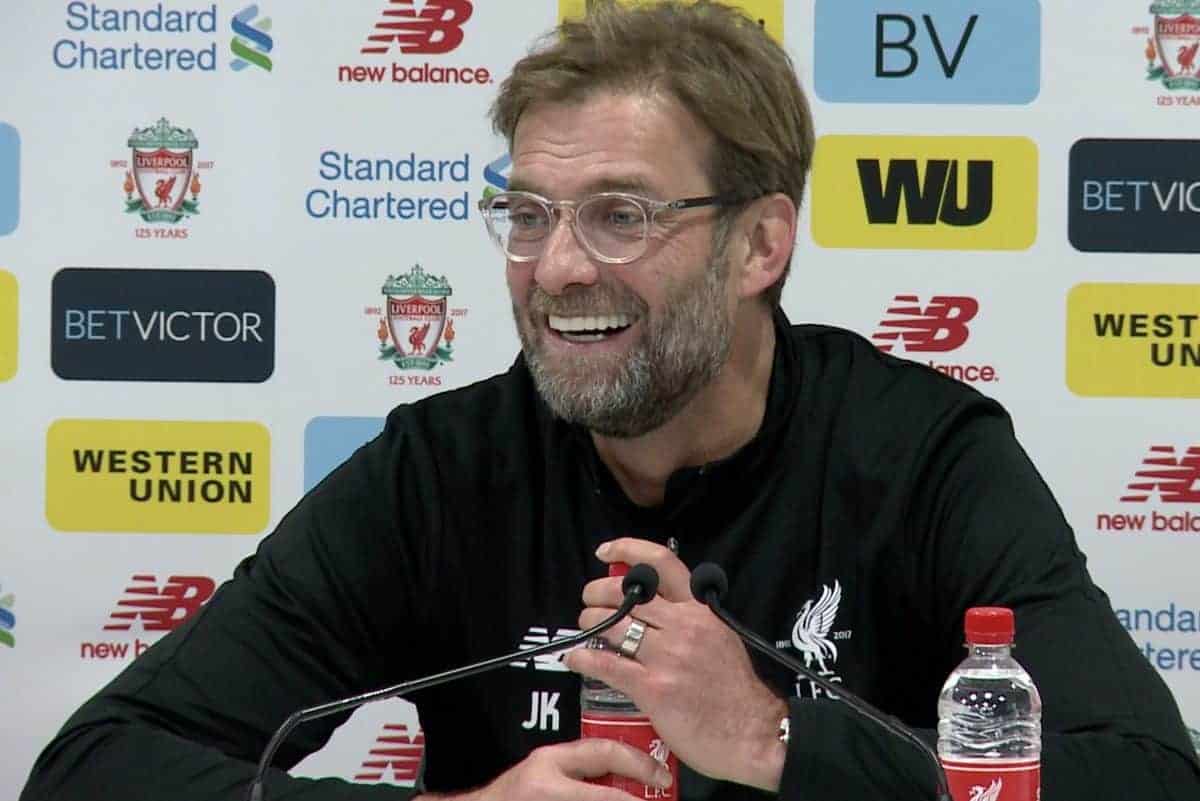 The Reds sealed an uplifting 2-1 win at home to Leicester City on Saturday, rounding off the year sitting fourth in the table.

Klopp’s side are given little time to celebrate, however, as they make the short trip across the M65 to take on Sean Dyche’s impressive Clarets.

The German is expected to make a host of changes to his starting lineup on Monday, but he gave little indication who would be included beyond the returning Simon Mignolet.

“I don’t know exactly how many changes we will make, but I would say, for sure, more than one,” he told reporters.

Klopp also discussed the excellent job Dyche is overseeing, with Burnley now seventh in the league and just three points behind both Arsenal and Tottenham.

“Fantastic. Fantastic. Really outstanding. I know how difficult it is to swim with the big fish, and obviously they swim quite well,” he said.

“It’s just a nice story again, each year creates another story and this year it’s the Burnley story.”

Liverpool were held to a 1-1 draw last time out against Burnley at Anfield, and lost 2-0 on their most recent trip to Turf Moor.

But they have won the other three of their last five clashes with the Clarets, and will be buoyed by their improvements since that day back in September.