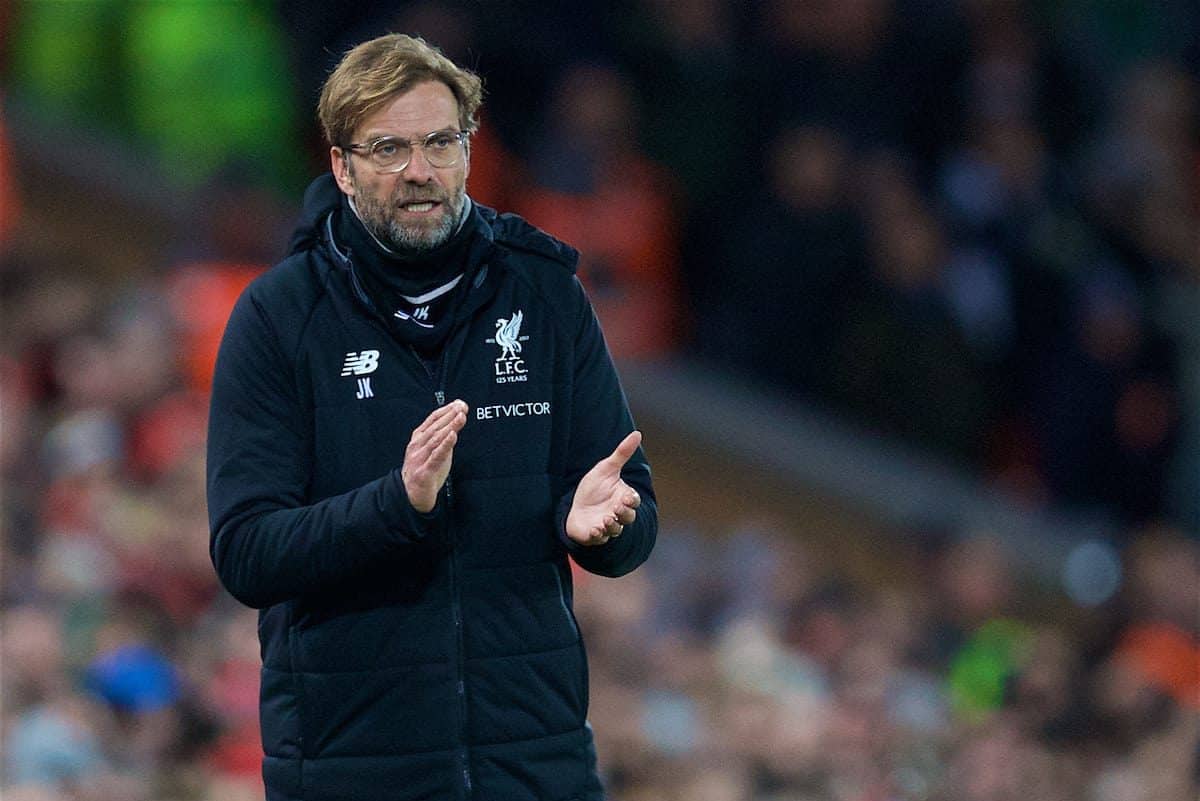 Liverpool crashed out of the FA Cup after a dreadful 3-2 defeat against West Brom at Anfield, leaving Reds supporters extremely unimpressed.

Liverpool suffered a second straight defeat to exit the famous cup competition at the round four stage for the second season running.

It was an electric first 11 minutes as Roberto Firmino put the Reds ahead with a delightful chip, but Jay Rodrigues levelled just 68 seconds later before tapping in to make it 2-1.

VAR historically prevented West Brom making it 3-1 as Craig Dawson’s header was ruled out, and the video system then almost claimed an assist by awarding the Reds a penalty on review which Firmino missed.

It was soon 3-1 though, as Dawson volleyed into the far corner in first-half stoppage time to compound a farcical opening 45 minutes.

Mohamed Salah pulled one back with 12 minutes to go, scoring his first ever FA Cup goal and 25th of the season to set up a grand slam finish, but the Baggies held on to eliminate the Reds.

Here’s how supporters reacted to a chaotic but ultimately poor night at Anfield across social media and on our forums.

As expected, the impact of VAR was heavily discussed and majority of reviews were not positive

Dogshit that and even though it benefited us if that VAR comes into footy then it’s completely finished. Just added to an already grim evening

Even VAR couldn't save Liverpool. FFS. ?

VAR, is ruining the excitement of football.

@TheRedmenTV . Poor performance. VAR was way too slow and stopped the game too much which doesn't favour our game.

Liverpool’s lack of defensive quality and squad depth was discussed, as fans called for signings before the transfer window shuts

We either need to add creativity to this midfield so we aren't relying on crosses or sign someone who can get onto the end of them. All too predictable as is.

Questions whether squad is strong enough.

First team all over the shop. Front 3 haven't created enough. Midfield so so poor. Defensively a mess as usual. Big problems

It's alright though, Lallana will be like a new signing.

We beat the Champions elect then lost to 20th & 19th in the league. Liverpool la. Good job we're so good we don't need to buy anyone.

“Lot of clearing to be done. Too many average players”
– IndianScouser on the forums

Love if someone asked Klopp to explain why he believes we don't need to strengthen whilst the teams around us continue to add quality.

Matip and Wijnaldum aren’t good enough to start for Liverpool, yet do consistently due to lack of quality in the squad challenging their positions.

We need a clear out in the summer. Time to get rid a lot of deadwood off which has stayed a lot in our club. Can, Mignolet, Matip can all go first.

Don't think Klopp has managed the goalkeeping situation very well, to be honest. Mignolet clearly had no confidence at all tonight

Got exactly what we deserved. Not good enough for LFC.

We can blame individual performances. But sadly, we were beaten tactically….. again

“embarrassing performance by well everyone really.. including the manager”
– Stevee on the forums

Well. Shite is too good a word.

Another trophyless season then. Fantastic.

“Got exactly what we deserved from that game, which is absolutely nothing. Even a draw would have been papering over the cracks. “
– MikeOscar on the forums

No other word. Strongest team…awful.

Expected to stroll through it.