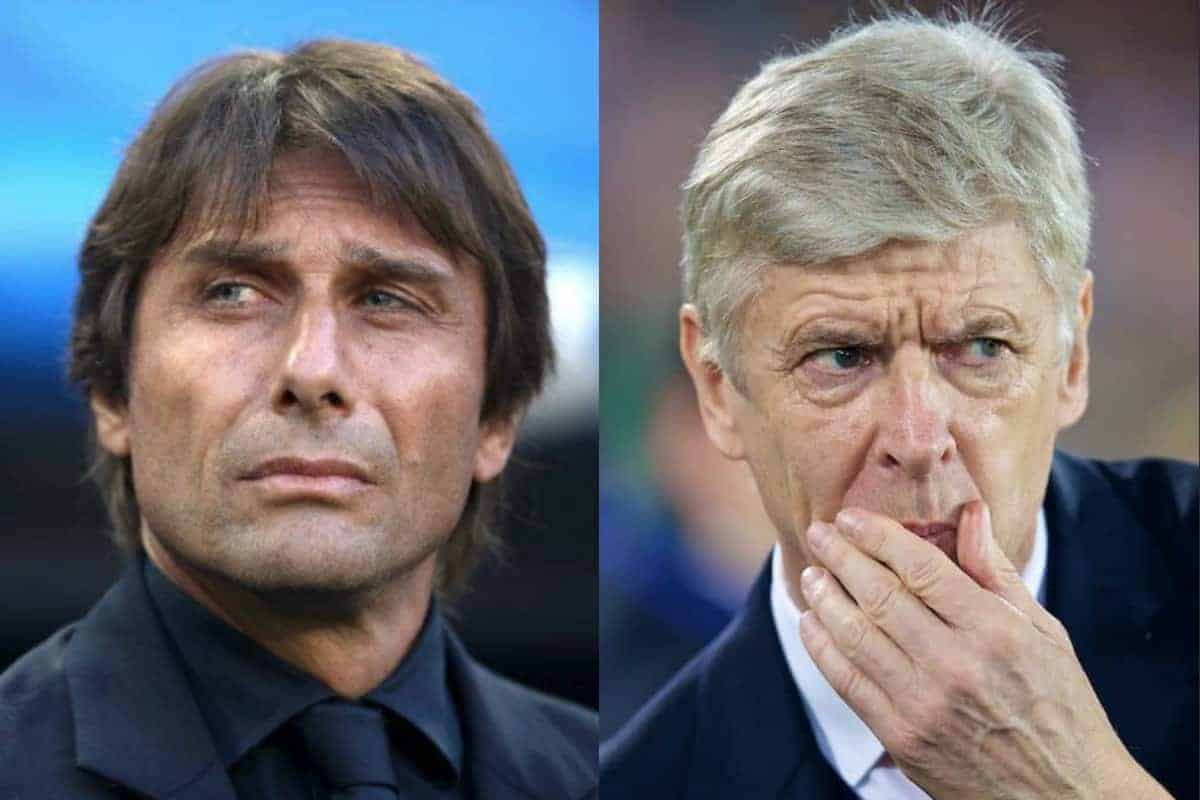 The Premier League is back this weekend and Liverpool can sit back to watch their rivals in action, prior to Monday’s trip to Swansea City.

It was an incredible game at Anfield last time around as the Reds beat the leaders Man City 4-3 in a genuine classic.

Jurgen Klopp‘s side must now back that win up with three points at rock bottom Swansea, as they eye up second place in the table.

Elsewhere last weekend, Arsenal were beaten away to Bournemouth, Chelsea drew 0-0 at home to Leicester City and Man United saw off Stoke City at Old Trafford.

Everton were trounced 4-0 by Tottenham, as most of Liverpool’s rivals continue to struggle, and there were important victories elsewhere for West Brom, Crystal Palace and West Ham.

There are 10 Premier League matches taking place over the next three days.

One To Watch: Brighton & Hove Albion vs. Chelsea

The weekend action kicks off with an interesting fixture as Chelsea make the trip to Brighton on Saturday lunchtime.

On the face of it, this might not be much of a contest if the visitors click, but the Amex Stadium can be an awkward place to go, despite Liverpool winning 5-1 there in December.

The Seagulls have only lost twice in 11 home league games this season, and Chris Hughton has turned them into a well-drilled outfit.

Chelsea have not been in the most sparkling form by any means, and their 0-0 draw against Leicester last Saturday saw them comprehensively outplayed by their opponents in the first-half.

All is not perfect under Antonio Conte, and this is a game you could easily see them dropping points in, with key men struggling to find top form—most notably Alvaro Morata.

Both he and Pedro will be suspended after midweek dismissals.

In terms of entertainment value, this might not be the greatest match, but with both teams desperate for points, it should be intriguing.

The Reds will be cheering on Brighton, that’s for sure.

One To Avoid: Burnley vs. Man United

If Liverpool vs. Man City was the perfect advertisement for the Premier League, Man United‘s trip to Burnley could have the ability to turn away new fans.

The two sides are famed for being difficult to breach rather than rattling in goals, with more one-dimensional football likely to be the order of the day.

Burnley have wobbled of late after a sensational first four months of the season, failing to win any of their last six league games.

There is a feeling that fatigue is setting in, with Sean Dyche having a relatively small squad to juggle, and defeat could come their way again this weekend.

United actually look fairly unconvincing a lot of the time, but their ability to keep racking up points is up there with the best in the division.

There is very little to respect about their style of play, however, and Jose Mourinho is unlikely to change his ways against the Clarets.

This has a narrow United win written all over it—probably a disputed goal in a 1-0 win—as they try and stay in touch with City at the top.

Don’t expect this to be up first on Match of the Day.

Arsenal really are the gift that keep on giving these days, and Arsene Wenger finds himself under heaps of pressure yet again.

The Gunners look far and away only the sixth-best team in the country now, and the 2-1 defeat at Bournemouth last weekend was another low point in an increasingly poor season.

With Alexis Sanchez all but gone, other players looking unhappy and Wenger seemingly never learning from his mistakes, you struggle to see where the club are going with the Frenchman in charge.

On Saturday, Arsenal entertain Crystal Palace at the Emirates, which could be a really sticky fixture for them should they not improve.

Roy Hodgson is doing an impressive job in charge of the Eagles in fairness, and they have pace and quality that can hurt anybody on the counter-attack.

Arsenal‘s home record is actually very strong in 2017/18, with just one defeat in the league, but they have snuck a number of undeserved wins there.

Wenger’s men will be favourites to prevail, but you already have visions of Wilfried Zaha bursting away and firing home a second-half winner.

This really is a must-win game for Arsenal, with eight points now separating themselves from fourth-place Chelsea.