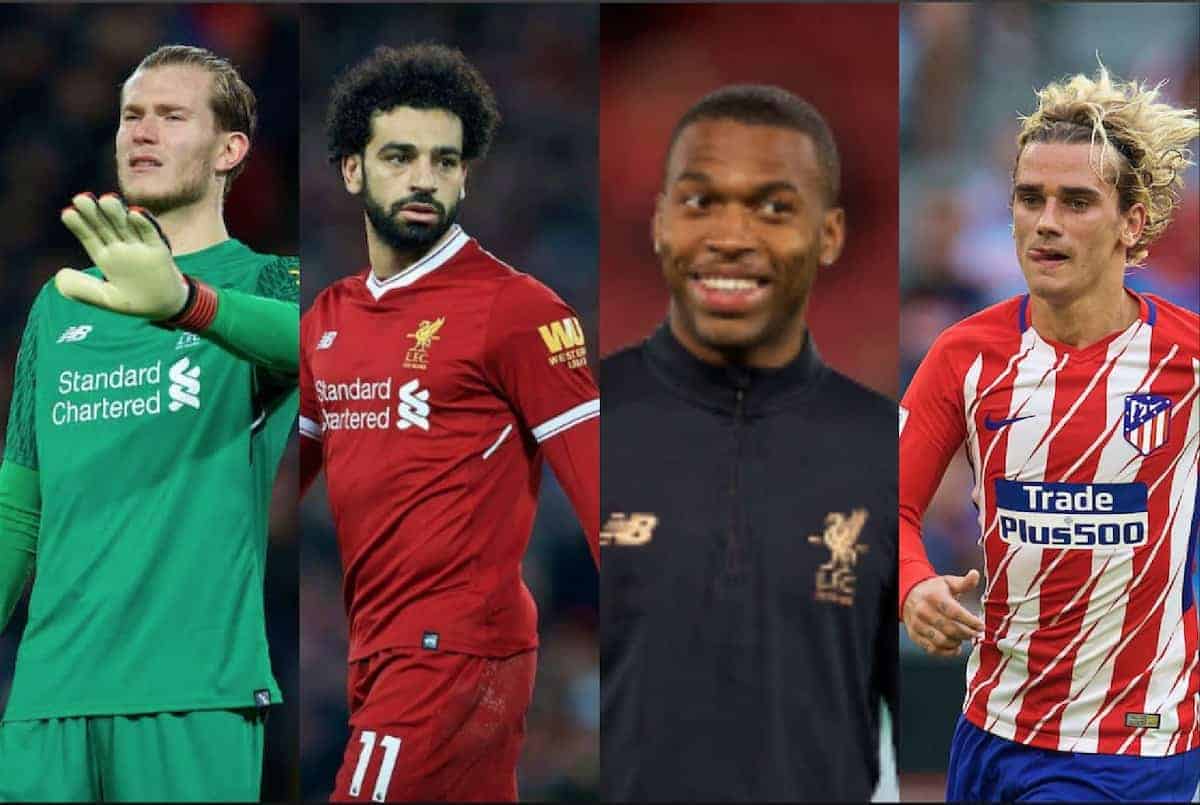 On the day Jurgen Klopp gave his first press conference since Philippe Coutinho‘s departure, we round up the latest Liverpool transfer news and rumours.

The Reds face possibly their sternest home test of the season on Sunday, as Man City – the runaway Premier League leaders – make the trip to Anfield.

Jurgen Klopp has been boosted by the news that Mohamed Salah and Alberto Moreno are back fit, although Jordan Henderson is still missing.

Away from on-field issues, the usual transfer rumours have been out in force, with Liverpool linked with several new signings.

Salah happy where he is

Salah is not only a tremendous player, but he also comes across as an extremely likeable individual.

That view feels even more relevant right now, after the Egyptian spoke of his happiness at Liverpool, despite reported interest from Real Madrid.

It is no surprise that such an in-form footballer would catch the eye of Europe’s heavyweights, but Salah say there is no truth in the rumours.

“Well, I have heard so many rumours it does not bother me anymore,” Salah told Soccer Laduma.

Loyalty is no more in football, but there was one person you would believe, it’s Salah. He is having the time of his life at Anfield – long may that continue.

‘No plans to buy a goalkeeper in January’

With Virgil van Dijk now a Liverpool player, and Naby Keita hopefully joining sooner than later, the one missing piece of the jigsaw is a top class goalkeeper.

Both Simon Mignolet and Loris Karius have shown that they are not of the required standard, and despite calls for him to play more, the same applies to Danny Ward.

It doesn’t look as though goalkeeping reinforcements will be made in January, however, according to James Pearce of the Liverpool Echo.

Pearce does say that “the manager will then reassess the situation in the summer”, with Roma stopper Allison reported to be at the top of Klopp’s wishlist, and that Ward could be sent out on loan in the coming weeks.

Not bringing in a new ‘keeper before the summer is definitely a risk, and hopefully it doesn’t cost Liverpool between now and May.

Mignolet and Karius are both competent enough, but if the Reds are to go to that next level, a far superior replacement is called for.

Allison, or Stoke’s Jack Butland are believed to be the options for the summer.

Mahrez back on the agenda?

Various recent stories claimed Liverpool were keen on signing Leicester City forward Riyad Mahrez this month, although those rumours have cooled a little of late.

That was until Friday, however, when the Express said that interest in the player was still alive at Liverpool.

The report, though, claims that “Jurgen Klopp’s men are not his No 1 option”, with Arsenal his preferred destination, having purchased a house in London.

This is far from the most reliable piece of transfer information you will read, and essentially, it is not saying much we don’t know already.

Thomas Lemar feels like the bigger priority for Liverpool and Mahrez will head to Arsenal once Alexis Sanchez leaves.

Since the moment Klopp arrived at Liverpool in October 2015, Daniel Sturridge has never once felt like the German’s kind of player.

The striker is wonderfully gifted, but his style of play and injury problems have seen him struggle for game time over the last couple of years.

It is now reported that Sturridge wants to leave Liverpool before deadline day, in order to boost his chances of making England’s squad for the 2018 World Cup.

Klopp was asked about the situation in his pre-Man City press conference, but was tight-lipped, teasing that a move may be on the cards.

“Until January 31 a lot of things can happen in the transfer window. Not just with Daniel,” he said.

We get the feeling Sturridge’s impressive, but ultimately frustrating, five years at Liverpool may be coming to an end.

If that is the case, a replacement striker must be found.

Philippe Coutinho has now left for Barcelona, and his compatriot Roberto Firmino took to social media to say, “Liverpool is no longer the same without you my magical brother.”

Supporters were immediately concerned that the Reds’ centre forward would also be looking for a move away from Anfield, with some even tipping him to head to Camp Nou.

Spanish journalist Guillem Balague, not always seen as the most reliable of sources, has played down any fears about this, though.

In a Q&A session, a Reds fan asked Balague, “Rumour has it … barca have a deal in place to sign firmino from LFC in 2019, long term Suarez replacement??” (Try not to laugh at the ridiculous nature of the fan’s question.)

Balague responded with, “Absolutely not true. They do not have a deal in place, not true at all”, which will come as no surprise at all.

There have been reports suggesting Liverpool are looking to offer Firmino a very long-term new contract – the quicker that is done, the better. Any transfer window offers up some fairly ridiculous stories, and one that emerged on Thursday night fell into that category.

Not only that, the bookies have made the Frenchman the 7/2 favourite to join the Reds, ahead of Barcelona, Man United and Man City.

Perhaps there is truth in Liverpool’s interest in the world-class forward, but nobody trustworthy has released any information yet.

And Balague on Friday said “Griezmann to Liverpool is absolute nonsense.”