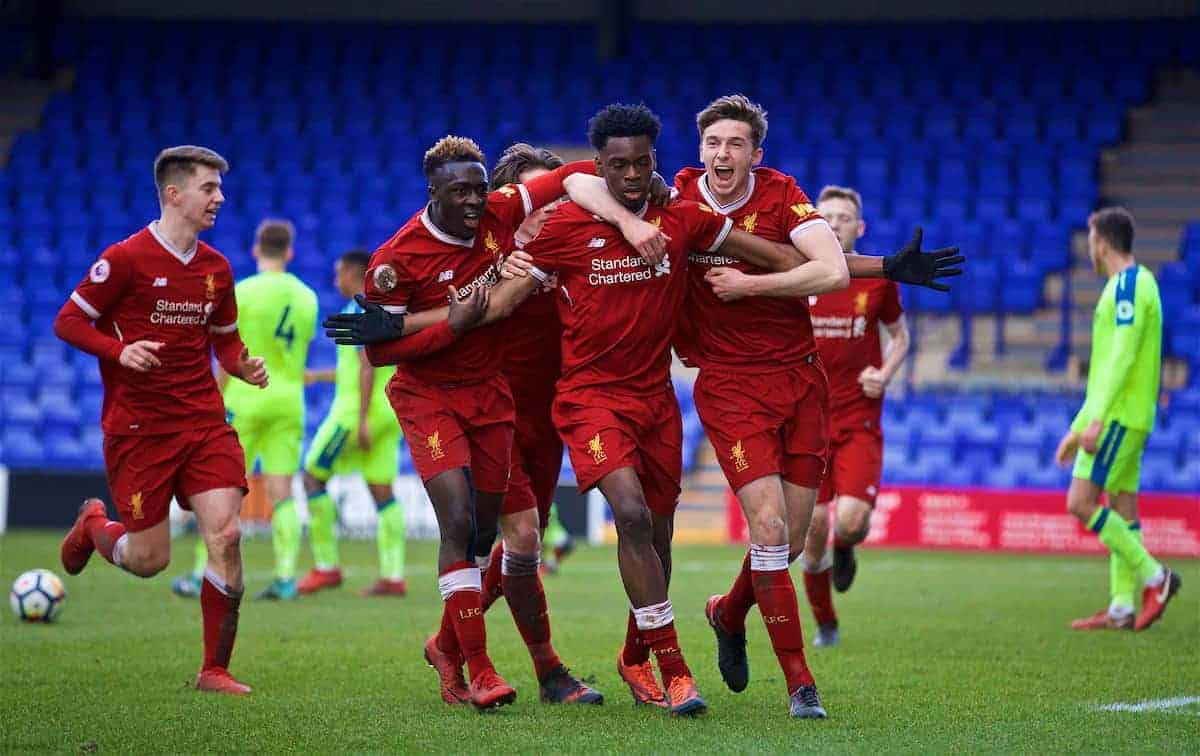 Ovie Ejaria fired Liverpool’s U23s to a late 1-0 win against Derby County U23s on Sunday, as the young Reds increased their lead at the top of Premier League 2.

Liverpool’s youngsters ran out 4-1 winners against Charlton Athletic last weekend in the Premier League Cup, and Neil Critchley‘s side returned to league commitments against the Rams.

Four changes were made to the team that prevailed, with Danny Ward preferred to Kamil Grabara in goal, less than 24 hours after watching the Reds’ FA Cup exit to West Brom from the substitutes’ bench.

Jon Flanagan was perhaps surprisingly named in the starting lineup, following recent off-field issues, and there were also starts for Lloyd Jones and Ben Woodburn. Ward was arguably fortunate to stay on the pitch in the 15th minute, with the goalkeeper mistiming a reckless tackle on Lewis Walker.

Woodburn let fly from distance with his left foot, but the ball fizzed wide, and Harry Wilson‘s free-kick was comfortably saved by Josh Barnes.

Wilson was then on the receiving end of a poor tackle, and Flanagan was fortunate to get away with elbowing an opponent, as a feisty match started showing signs of boiling over. Liverpool almost went ahead shortly before half-time, but Woodburn’s clever turn was not added to by a ruthless finish. Wilson was then denied.

The second-half started in similarly even fashion, with Toni Gomes kept out twice by Barnes with the goal gaping, prior to being replaced by Liam Millar.

Woodburn was next to come close to opening the scoring, with the young Welshman’s serving effort parried away by Barnes.

Luke Thomas hit the crossbar for the hosts with an excellent free-kick on the hour mark, and Cameron Cresswell curled over.

The busy Barnes saved again, this time from the lively Bobby Adekanye, then a scramble inside the Derby penalty area somehow saw them clear the danger. A lightning fast breakaway so nearly saw Adekanye score with 15 minutes remaining, but Barnes just did enough to put the Liverpool teenager off.

In the dying minutes, the breakthrough finally came, as Ejaria, very quiet until that point, curled home brilliantly from inside the area.

The feints, the movement, the finish. All perfect.

Liverpool saw out the remaining time on the clock, pulling four points clear at the top of Premier League 2 in the process, ahead of Leicester City.