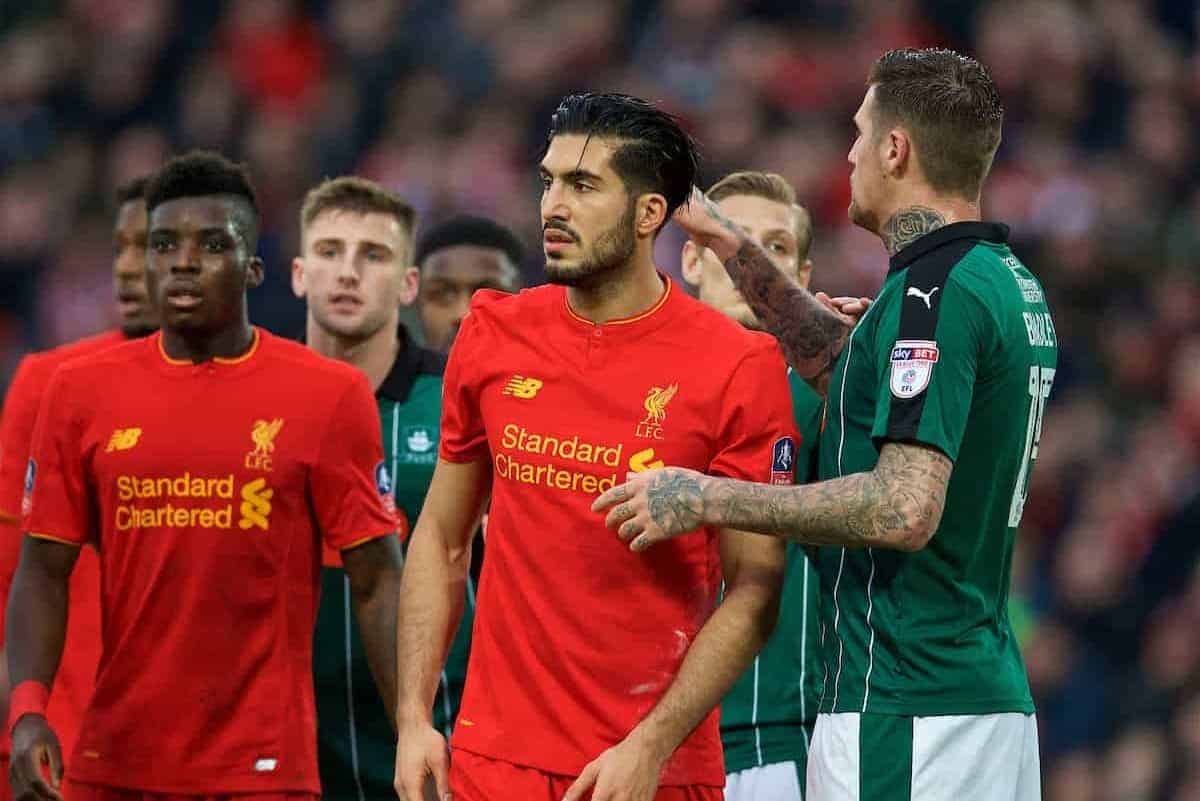 Ahead of Liverpool’s fourth-round clash with West Brom on Saturday night, can you name every player to feature under Jurgen Klopp in the FA Cup?

The Reds take on Alan Pardew’s Baggies as they bid for their most successful run in the tournament since Klopp took over in 2015.

Over the past two seasons the German has failed to steer Liverpool into the fifth round, losing out to West Ham and Wolves in 2015/16 and 2016/17 respectively.

Despite losing to Swansea City in the Premier League on Monday night, the hosts remain heavy favourites to progress, with Klopp likely to name a strong starting lineup.

That wasn’t the case in previous campaigns, with a host of unlikely faces turning out.

But can you name all of the players to feature for Klopp’s Liverpool in the FA Cup over the past two-and-a-half years?