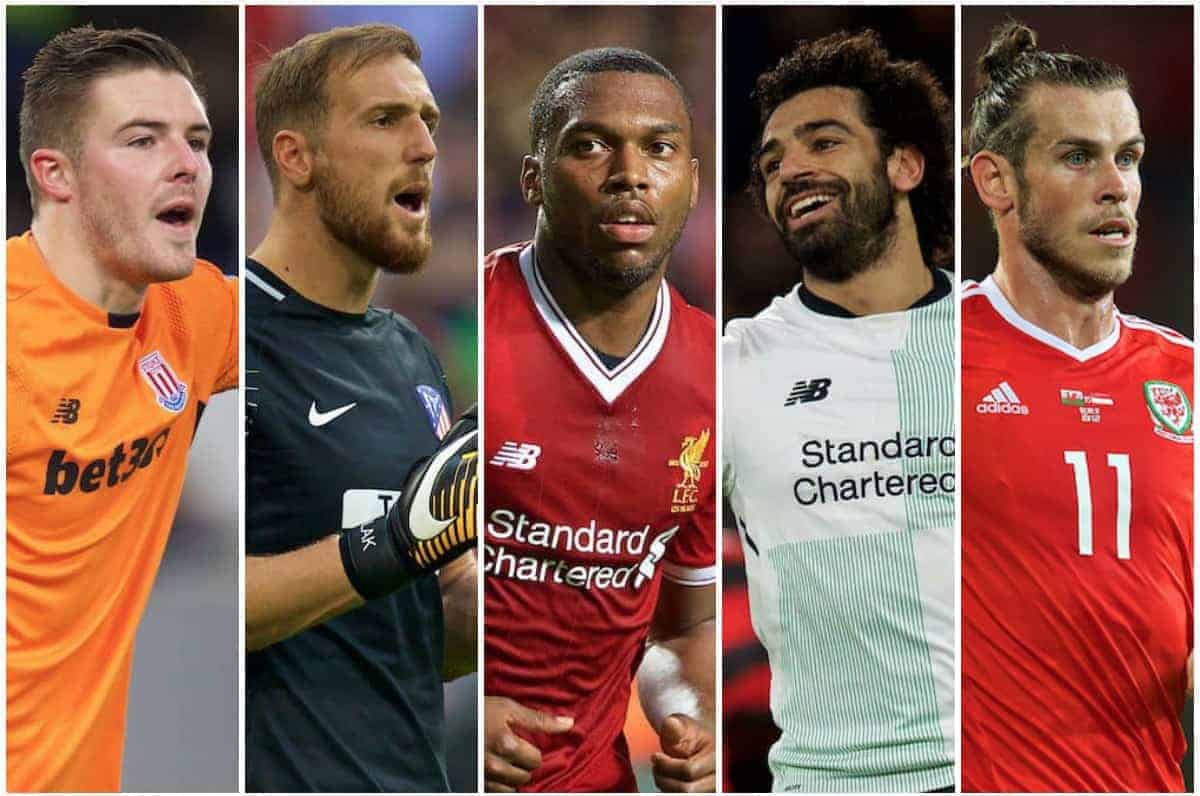 We round up the latest Liverpool transfer news and rumours, with the Reds reportedly adding a new young left-back to their ranks in the winter window.

Speaking at Melwood on Friday afternoon, Jurgen Klopp claimed the club had already made their “‘big’ transfer,” doubting any further high-profile arrivals this January.

With Virgil van Dijk set to make his Premier League debut for Liverpool on Monday night at Swansea City, the focus is likely set to turn to further departures, and possible summer arrivals.

So what else can we expect from the Reds over the last 11 days of the window?

Here’s the latest from the rumour mill, including a potential new face from South America.

With Van Dijk highlighted as Liverpool’s big January signing, the arrival of 18-year-old left-back Anderson Arroyo from Fortaleza C.E.I.F. comes at the other end of the spectrum.

According to Majorcan publication Diario de Mallorca, the Reds have reached a deal with the Categoria Primera B side to sign the young defender.

Arroyo had previously spent time on trial at Kirkby in 2016, and Liverpool have reportedly firmed up their long-term interest, pipping Mallorca to his signature.

However, with Arroyo unable to secure a UK work permit at this stage, it has been suggested he could be loaned to the Spanish second-tier side until he is eligible.

When he does arrive on Merseyside, the powerful, right-footed full-back is likely to join Neil Critchley‘s U23s side. Klopp’s decision to replace Simon Mignolet with Loris Karius as his new first-choice goalkeeper has led to calls for a long-term change between the sticks.

But suggestions of a £40 million move for Stoke City stopper Jack Butland seem wide of the mark, with Klopp addressing speculation as he stressed his faith in Karius on Friday.

“My favourite solution, always, is that we do it with our boys,” he explained.

“They step up, they deliver, they improve. The problem they have is that everyone is watching them [through a magnifying glass] and saying ‘still not good enough!’

“I will only mention one name. Everyone talks about him with us and that is Butland. I only saw the [3-0 loss to Man United].

“Fantastic goalkeeper but was he perfect? No. He wasn’t in that game. But everyone says ‘still better than our boys!’” Meanwhile, another ‘keeper named as a possible target for the Reds next summer is Atletico Madrid’s Jan Oblak.

The Slovenian has an £89 million release clause in his current contract with the Liga side, and while this would be a phenomenal outlay, it can be argued it would be worthwhile.

But according to Sky Sports‘ Spanish football expert Guillem Balague, Oblak is not looking to leave the Wanda Metropolitano any time soon.

Instead, the 25-year-old is looking to extend his contract with Atletico, likely increasing his release clause further.

“He is trying to renew his contract with Atletico. PSG have shown interest but I have heard nothing from Liverpool,” Balague claimed.

If both Butland and Oblak have been ruled out, it could be that AS Roma goalkeeper Alisson is the most likely candidate to vie with Karius in the future.

Reports on Friday claimed that Danny Ings is set to stay at Anfield for the rest of the season as cover for Roberto Firmino and Dominic Solanke.

This comes due to the likely departure of Daniel Sturridge, with Klopp open to allowing the striker to leave as he bids for a place in the England squad for the World Cup.

Both Sevilla and Inter Milan are interested in a loan deal for the 28-year-old, and according to reports in Italy, Sturridge is open to joining the latter.

Calcio Mercato claim the striker has agreed terms with Inter, though the Serie A side are still negotiating with Liverpool.

The Reds are looking for a future fee of £30 million included in any deal, which Inter deem too high due to “Sturridge’s age, injury problems and the fact that his contract runs out in the summer of 2019.”

Salah in ‘Secret Talks’ With Real

If Mohamed Salah finds the back of the net at the Liberty Stadium on Monday night, he will eclipse both Sturridge and Steven Gerrard’s best-ever goal tallies for a single campaign.

Given it has taken the Egyptian just five-and-a-half months to equal their 24 strikes for a season, his impact since joining from Roma is clear.

Unsurprisingly, this has led to speculation over a move away from Anfield, and already he is being touted with a switch to Real Madrid.

According to Spanish outlet El Chiringuito‘s Edu Aguirre, Salah’s agent has held “secret talks” with the Liga giants ahead of a possible switch.

Interest in Salah should be expected, but this is highly unlikely at this stage. Finally, another shaky Spanish source has claimed Liverpool are pursuing Real’s Gareth Bale as a replacement for Philippe Coutinho.

Don Balon suggest the Reds are preparing a €100 million bid for the 28-year-old, who has struggled with fitness issues throughout his four-and-a-half-year spell in Madrid so far.

He is, however, rumoured to prefer a move to Man United, and Jose Mourinho’s side are undoubtedly a more feasible destination for the Welshman.