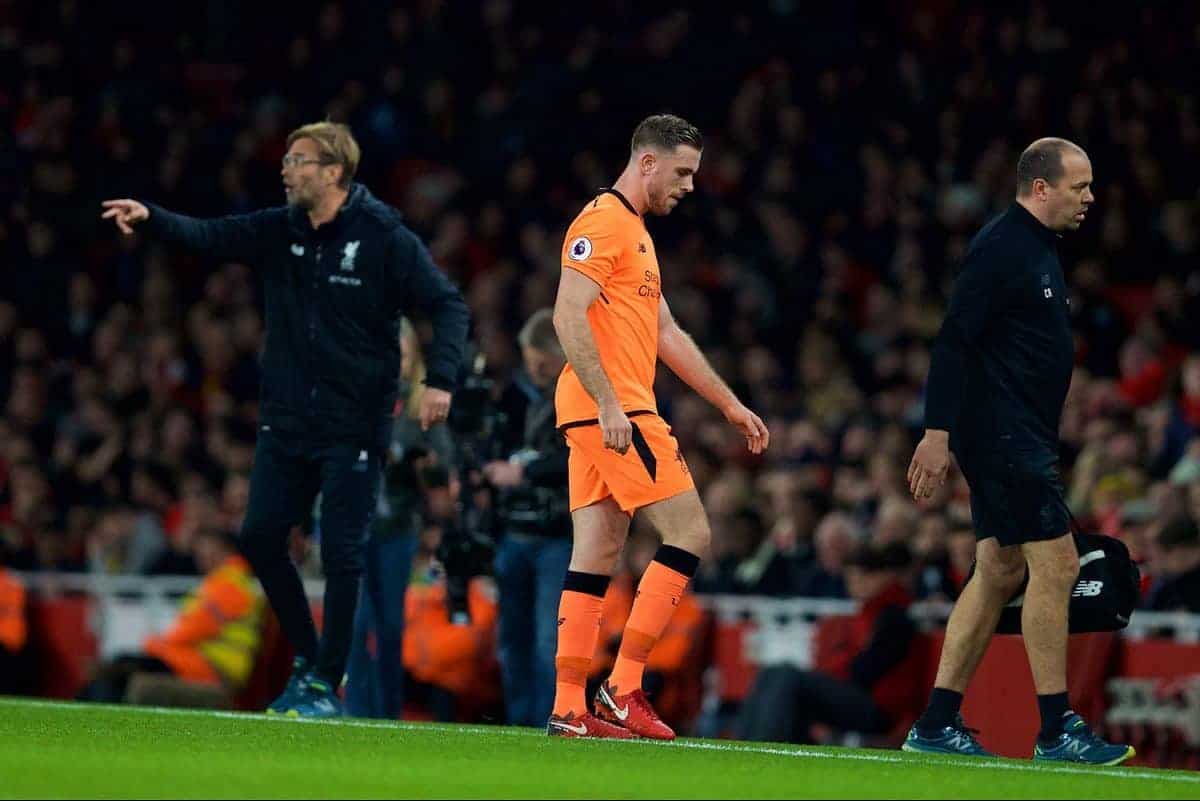 Liverpool have suffered plenty of injury problems in recent years, and statistics show which Reds players can and cannot be relied upon to stay fit.

For once, it is hard to complain about Liverpool’s current bill of health.

Ahead of Monday night’s Premier League trip to Swansea City, Nathaniel Clyne is the only squad member out for the foreseeable future, with Jordan Henderson and Alberto Moreno on the cusp of a return.

Injuries have, at times, plagued the Reds since Jurgen Klopp arrived at Anfield in October 2015, with the manager’s demanding training methods seen as problematic by some.

It has now been revealed which players have been sidelined the most in the last three years, thanks to Anfield Index‘s Simon Brundish, a sports scientist who appears on the excellent Under Pressure podcast.

Joe Gomez tops the pile, with the youngster’s cruciate ligament injury and Achilles problem seeing him miss 85 games, and therefore, a whopping 59 percent of Liverpool’s fixtures.

Perhaps unsurprisingly, Henderson is second on the list, with the skipper continually blighted by a heel issue as well as other long-term knocks.

The 27-year-old has been unavailable for 55 matches (38%), which is a real concern moving forward, especially with him captaining the Reds.

Adam Lallana has also been absent a worrying amount—31 percent of games—and Clyne’s current issues have seen him out 23 percent of the time.

Many would expect Daniel Sturridge to be right at the top of the list, but he has ‘only’ been ruled out of 37 matches in the last 36 months.

It has been more a case of Klopp choosing not to pick the striker, rather than being without him.

Also notable is the amount of action Dejan Lovren has missed, with the Croatian struggling with myriad issues since joining from Southampton in 2015.

On the flip side, it is plain to see who the physical machines are in Liverpool’s ranks—those who rarely ever find themselves on the treatment table. Roberto Firmino, fast becoming Klopp’s most important player, has ensured the Reds have only had to make do without him four times (3%) over these last three years.

Gini Wijnaldum is even more impressive, having missed only two percent in that period, while Ragnar Klavan (4%) and James Milner (5%) also stand out despite their advancing years.

Andrew Robertson and Alberto Moreno have missed just five and six percent respectively, which is vital considering the energy levels required to shine at full-back under Klopp.