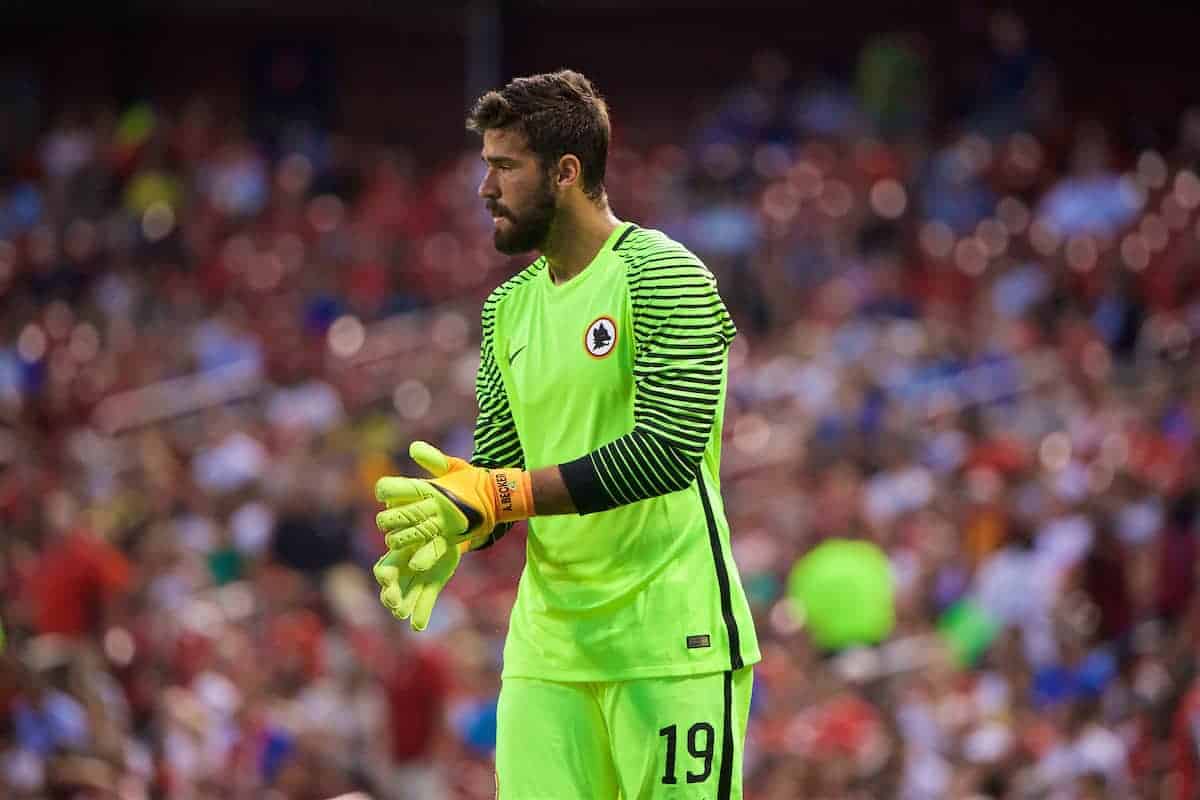 Despite recent claims in the British press that Liverpool had dropped their interest in Roma keeper Alisson Becker, Brazilian media have offered a very positive update.

That came following reports in Italy that Liverpool had begun discussions over a move for the highly-rated 25-year-old.

And reports in Brazil say talks are progressing and that a move to Liverpool appears likely this summer.

According to Esporte, “Liverpool have an advantage over PSG and Real Madrid,” with the 25-year-old keen on joining the Reds.

It’s claimed that the players entourage expect a move after the World Cup to make him the world’s most expensive goalkeeper, with a £62 million fee previously reported.

That would mean Liverpool having broken the transfer record for a goalkeeper and a defender, Virgil van Dijk, in 2018. They also have Naby Keita arriving for £55 million this summer.

Should a move for Alisson be finalised between now and the summer, it would be a fantastic piece of business – one of Liverpool’s most significant in years.

Brazil’s first-choice ‘keeper has been in top form for Roma this season, gaining a reputation as one of the best stoppers in Europe in the process.

He again shone for the Giallorossi in the Champions League in midweek, making six saves to arguably keep his side in the tie against Shakhtar Donetsk, after an eventual 2-1 loss.

For all Karius’ undoubted improvements, Liverpool need a world-class presence between the sticks if they want to reach that next level.

Not since the early days of Pepe Reina have they been blessed with that calibre of ‘keeper, and the difference it would make would be vast.

ANALYSIS: Scouting Alisson – why the keeper can be the Reds’ David De Gea

Of course, if Karius is exceptional until May, Klopp’s reasoning for not bringing in a new face would make more sense, but it’s certainly wise to continue discussions with Alisson.