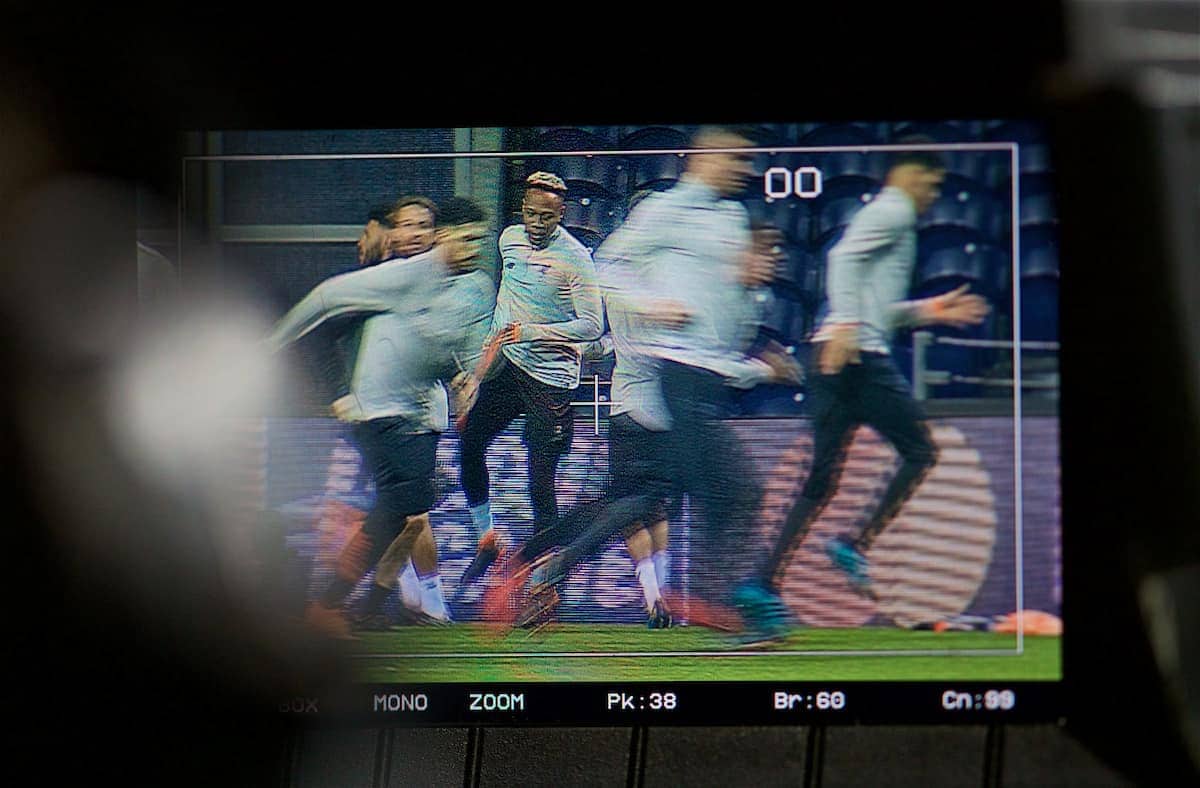 Jurgen Klopp put his Liverpool squad through their paces at the Estadio do Dragao on Tuesday, ahead of their Champions League clash with Porto.

The Reds are in the knockout stages of Europe’s top-tier tournament for the first time since 2009, and a two-legged tie with Sergio Conceicao’s in-form Porto awaits.

Having flown to Portugal on Tuesday afternoon, Klopp and his side continued preparations in front of the cameras soon after, as the German fine-tunes his selection.

Klopp has a near fully fit squad to call upon on Wednesday, with heavy-hitters Sadio Mane, Mohamed Salah and Roberto Firmino all involved in training. Loris Karius is confirmed to be keeping his place in the side ahead of Simon Mignolet, with the 24-year-old having started in each of Liverpool’s Champions League games so far. After a seven-month layoff Nathaniel Clyne has returned to the fold, and is part of the travelling squad for this week’s post-Porto training camp in Marbella. Joe Gomez was also among those involved at the Estadio do Dragao, suggesting the 20-year-old could be part of Klopp’s squad after missing the last two games with a knee injury. Speaking ahead of the game, Klopp said “on a good day we are really strong, but we need to be outstandingly strong to get a result tomorrow at Porto.” Virgil van Dijk will be among his starters as he aims for a crucial victory, with the Dutchman likely to be partnered by either Dejan Lovren or Joel Matip. Liverpool’s last clash with Porto came over 10 years ago, when Rafa Benitez led his side to a 4-1 group-stage victory at Anfield.

The hope will be that Klopp inspires a similar performance, as the Reds plot to cement their status as this season’s dark horses in the Champions League.