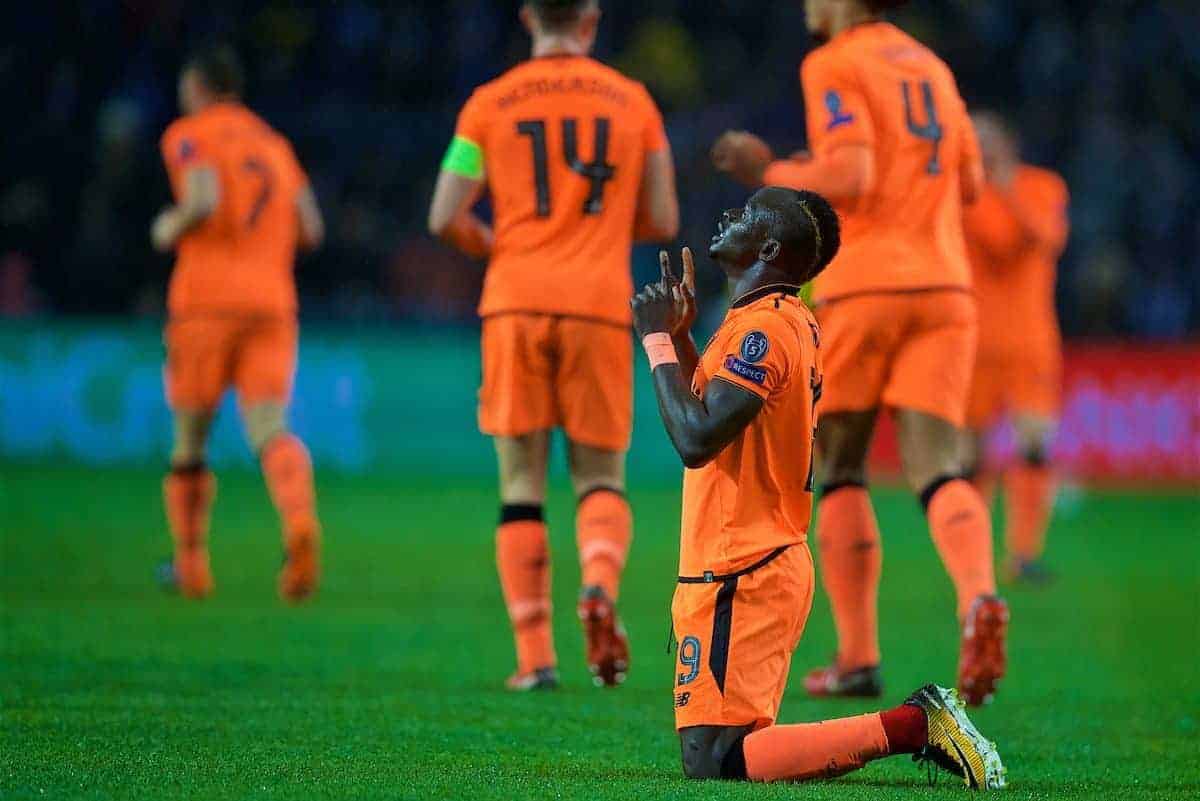 Liverpool forward Sadio Mane believes his season is back on track after a Champions League hat-trick.

The Senegal international has endured a roller-coaster campaign and admits his sending-off in September’s 5-0 defeat to Manchester City when he was harshly punished in a one-on-one clash with goalkeeper Ederson had impacted on him negatively.

Following his three-match suspension Mane sustained a hamstring injury and looked short of confidence for several weeks, even if he did pop up with spectacular goals against Burnley and in the return against City.

Asked whether his red card had affected him he said: “Yeah, it was not my wish but it happened.

“It was tough on me but it is part of football and can happen. I never doubted how I could help the team and I never stopped working hard every day in training.

“I always tried to remain balanced, even when it was not working, because it is my job and I have to do it.

“I don’t know how to describe it but it can happen to every single player and in my mind I was relaxed that it will change.”

Defender Dejan Lovren insists there is no reason why Liverpool cannot now win the Champions League.

If the Reds’ English record 23 goals in the group stages had not given their rivals in the competition fair warning then a 5-0 victory in Porto, against a team who had conceded just once in their previous matches and had won 13 of their last 15 games, underlined their threat.

Lovren is happy for the likes of Manchester City, Real Madrid, Paris St Germain and Barcelona to carry the favourites tag but believes Liverpool can also go all the way.

“Why not? Of course. Yes, if we are right and we do our job like we did and everyone defends well,” he said.

“It is good when they don’t talk about us. Maybe people would consider them to be the favourites—even better.

“We are the underdogs I would say. I love that when people think that about us.”

On the manner of victory, he added: “It was serious football and we showed we can manage the game from the first until the last minute.

“I think we learned from our mistakes. When you are 2-0, 3-0 up you think it is over but it is not and you still have a lot to play.

“We have so much quality so we can beat everyone if we are on our top level—as simple as that.”

The headlines were taken by Mane’s first Liverpool hat-trick accompanied by Mohamed Salah’s 30th of the season and Roberto Firmino’s seventh Champions League goal of the campaign but vice-captain James Milner believes improvements at the other end of the pitch will be the game-changer.

“The other side we have got to work on is clean sheets. We have got to manage games better. That, ultimately, is what wins you titles,” he said.

“We have kept a few clean sheets recently and our game management has been good.

“We are improving at that and that is what is pleasing the most.”