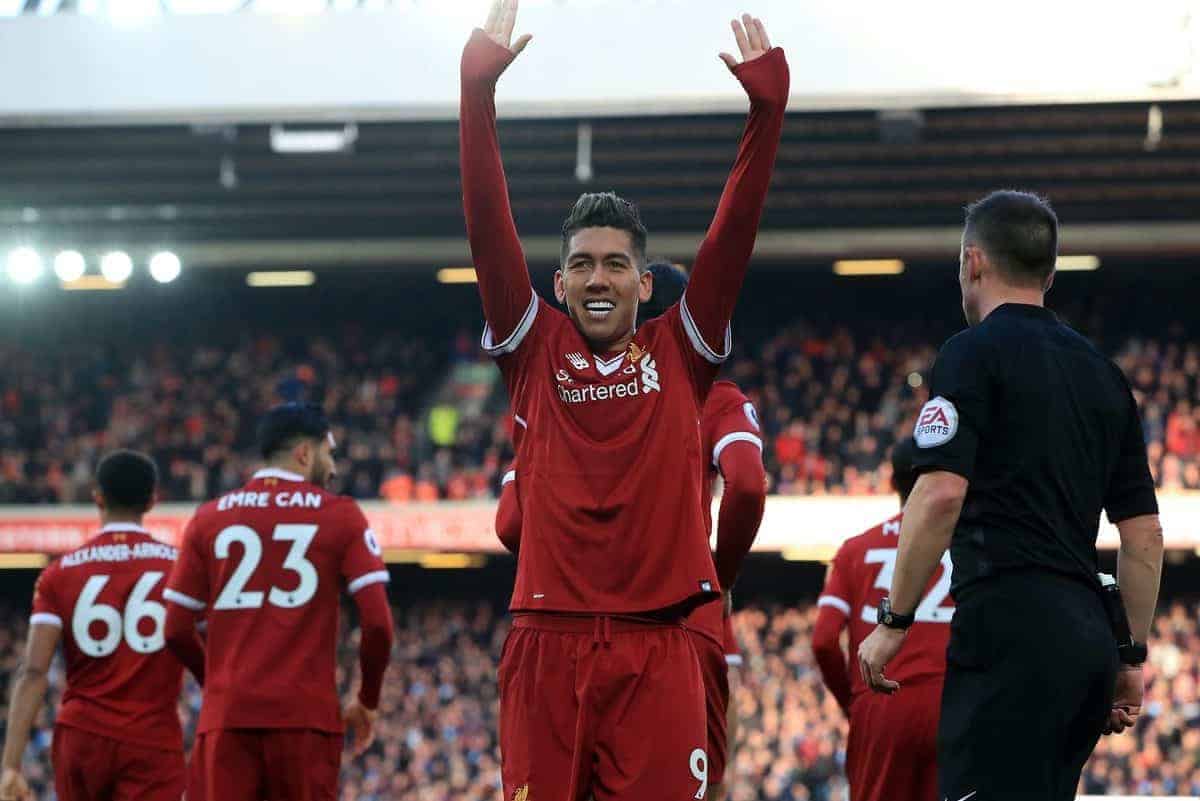 Mohamed Salah may have grabbed much of the attention for the free-scoring Reds this season but fellow forward Firmino has also played a crucial part for Jurgen Klopp’s side.

Salah continued his prolific term by netting his 31st goal of the season in Saturday’s 4-1 Premier League win over West Ham, but Firmino was also on target and equally influential.

The Brazilian’s strike was his 22nd of the campaign while he also created the side’s fourth goal for the third member of Liverpool’s formidable front trio, Sadio Mane.

Alexander-Arnold, the promising right-back whose start in the game was his fourth in succession, said: “He is priceless to us, very valuable. He scores goals, creates chances, gets assists.

“There is not much more you want from a No. 9—but that is not all he offers. If you watch him closely his drive and his enthusiasm to get back and defend, as a No. 9, is incredible.

“Most of the time you see him pass the halfway line, tracking back, making tackles. You don’t really see that from a No. 9. It shows his hunger to win.

“Sometimes he overdoes it—but in a good way. He doesn’t have to do that but he is willing to it for the team, for the win.”

Alexander-Arnold, a 19-year-old local product, feels his game can only improve from working with such high-calibre team-mates.

He said: “I think that is a really important thing, to be playing against high-quality players in training and luckily with Liverpool we have that. We have bundles of talent.

“Sometimes it is difficult but it’s always learning and trying to improve yourself. If you are doing it in training week in, week out, then come the weekend it is going to be natural.”

Emre Can also struck while Salah and Mane both hit the woodwork in Liverpool’s dominant display. It took the team’s tally of goals for the season to 103.

Alexander-Arnold said: “We have a great attack at the minute and everyone is really on top form. Hopefully there is no stopping of the goals.”