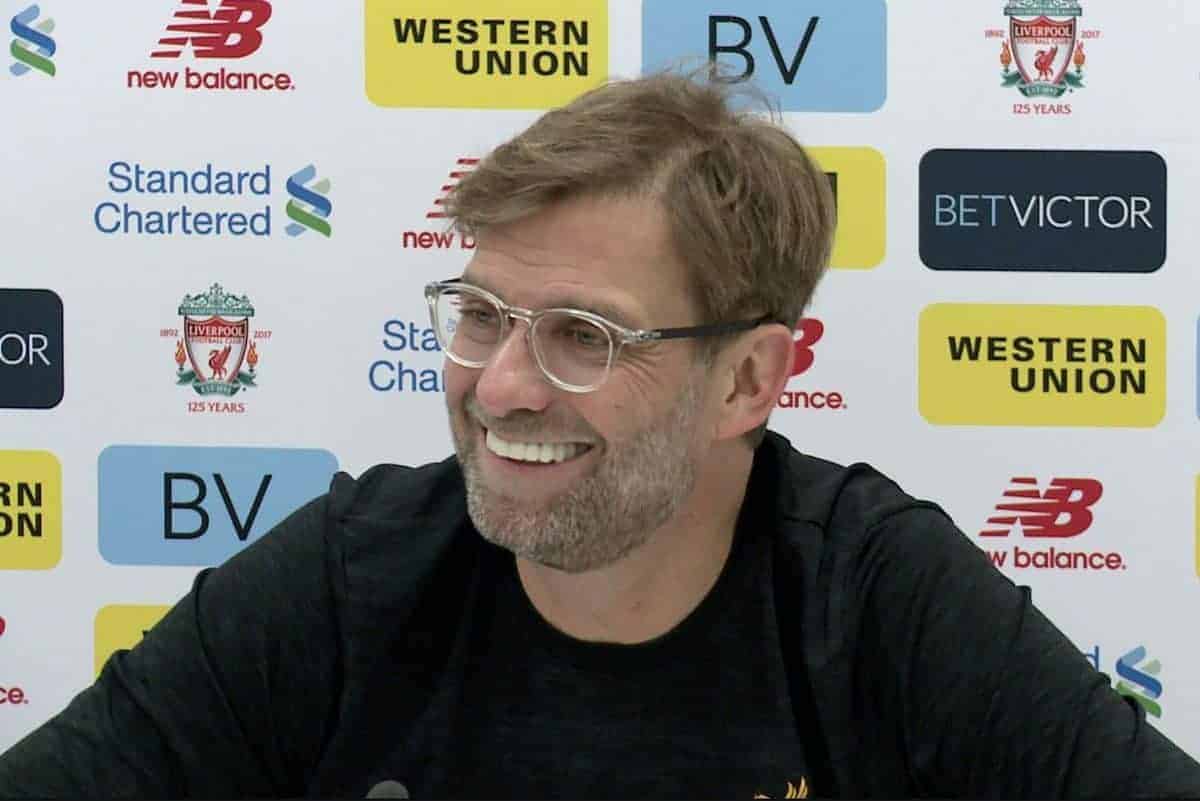 Watch as Jurgen Klopp previews Liverpool’s huge top-four clash at home to Tottenham, as he discusses injuries and big-game form ahead of Sunday.

The Reds welcome their Premier League rivals to Anfield this weekend on the back of a morale-boosting return to form with a 3-0 win away to Huddersfield Town in midweek.

But while Arsenal, Chelsea and Man United all faltered in their most recent outings, Spurs’ 2-0 win over the latter on Wednesday hammers home the importance of this meeting.

Speaking at Melwood on Friday afternoon, Klopp acknowledged the challenge ahead, saying “I’m looking forward to it.”

“I saw the game against Man United, you could see Tottenham were awake for the whole game,” he told reporters.

“You don’t keep Man United that often, so often, away from your own goal as Tottenham did.

The German also discussed the fitness of Nathaniel Clyne, Virgil van Dijk and Adam Lallana, and the return of Jordan Henderson after a lengthy layoff.

And Klopp explained his decision to sell Philippe Coutinho and loan out Marko Grujic, Lazar Markovic and Daniel Sturridge, despite leaving the Reds were fewer options in midfield and attack ahead of Sunday.